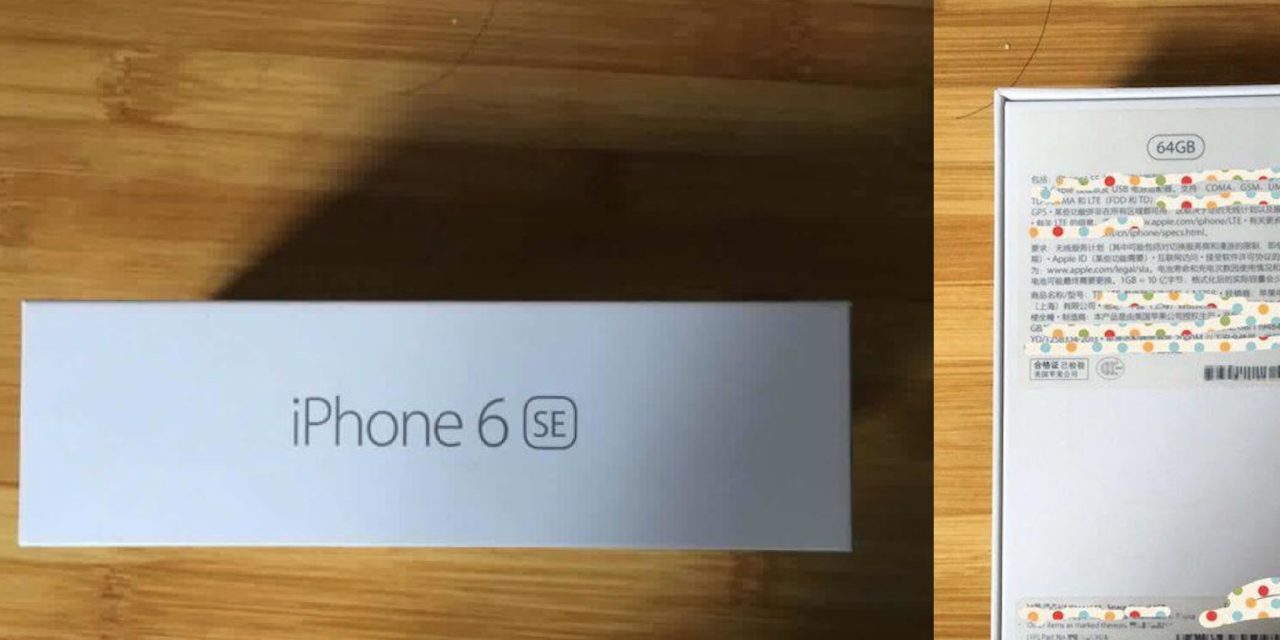 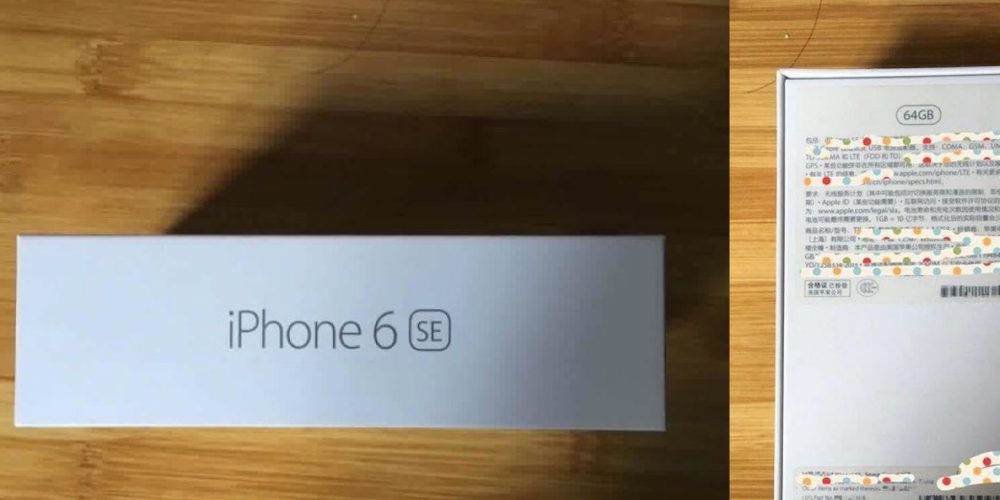 Very sketchy images have surfaced showing off supposed future iPhone product packaging, raising the potential of Apple calling a new iPhone the iPhone 6 SE. Whether this is meant as a successor to the 4 inch iPhone SE or the ‘real’ name for the iPhone 7, due to be announced early next month, is unclear. An upgrade to the iPhone SE is not expected and has not been rumored, as the device only launched a few months ago.

Update: More photos from Priceraja, including a look at the pamphlet.

Aside from the downright awkwardness of the branding (with too many syllables), it’s worth noting upfront that this images look pretty fake. The positioning of the 6 and SE items is very unnatural and the images conveniently redact unique product identifiers that would otherwise help to give the photos some credence. These images are likely doctored photos of iPhone 6 and SE packaging blended together in Photoshop.

For the iPhone 7 itself, the new flagship iPhone launching in a matter of weeks, calling it a 6SE makes little sense from a product marketing perspective. It is easy to confuse with the SE (a ‘budget’ offering) and downplays the new features the 2016 will have, despite the similar exterior appearance. Due to the way ‘6 SE’ is written, such a product feels like a continuation of the iPhone 6 (a 2014 product) and not the iPhone 6s (the 2015 device).

All these reasons make the chances that the next iPhone is actually called the 6 SE very slim. I don’t think it’s out of the question for the next iPhone to be called something other than iPhone 7 (even if that is the most obvious name) but any other name would need to elevate the iPhone as the best of the 6 series. Apple uses the SE moniker for low-end devices, not flagship top-of-the-range brand new phones.

For those out of the loop, the rumor mill has reached a pretty good consensus on what the next iPhone will be. The device will look visually similar to the iPhone 6s in external appearance with tweaks to the antenna lines and small camera changes. The new iPhone will also lack a 3.5 mm headphone jack with Apple instead relying on Bluetooth and Lightning for audio output.

The 4.7 inch iPhone will get a new camera with larger iris and the 5.5 inch ‘iPhone 7’ will see a major revamp in the photography department with the inclusion of a brand-new dual camera sensor. It seems the phone will combine images taken by both cameras to create sharper, richer images with potential optical zoom features.

The device will no doubt also boast new internals, such as an Apple A10 chip for better CPU and graphics performance. The iPhone 7 will also drop the 16 GB SKU from the lineup and gain a new 256 GB configuration at the high end. The expectation is the iPhones will be available in 32 GB, 128 GB, and 256 GB offerings. The iPhone 7 release date is currently pinned for September 16 with an announcement event on September 7, although nothing is officially confirmed as Apple is yet to send out press invites. Invites to members of the press are expected any day now …

Do you think iPhone 6SE is a viable name for Apple’s upcoming iPhone? Let us know in the comments below.