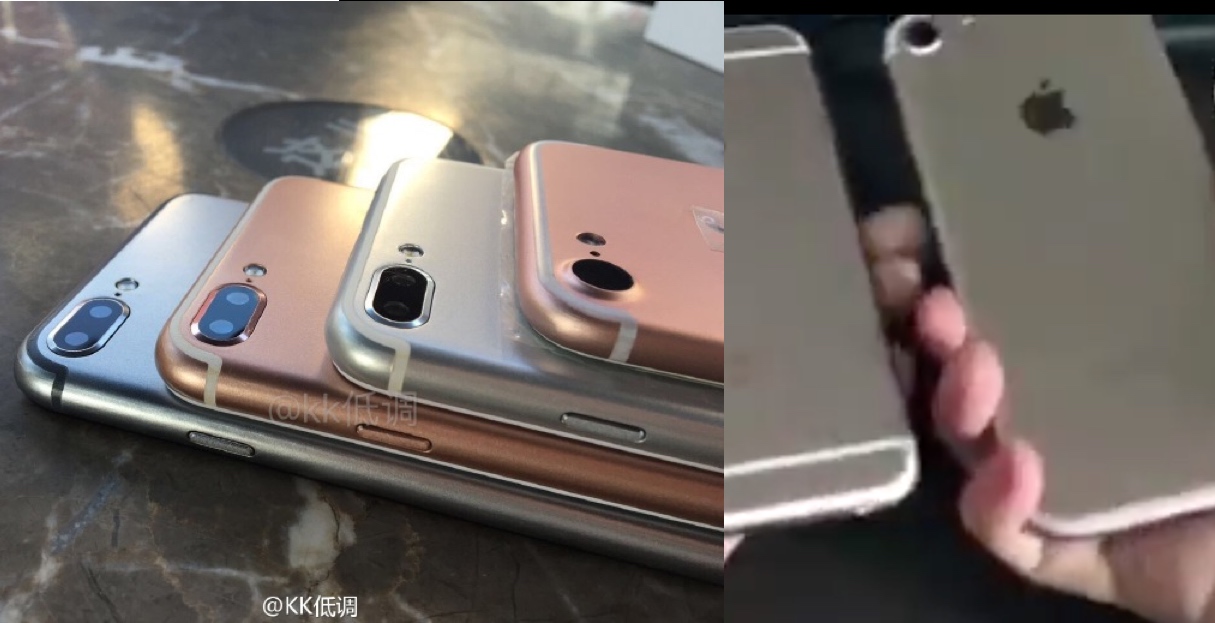 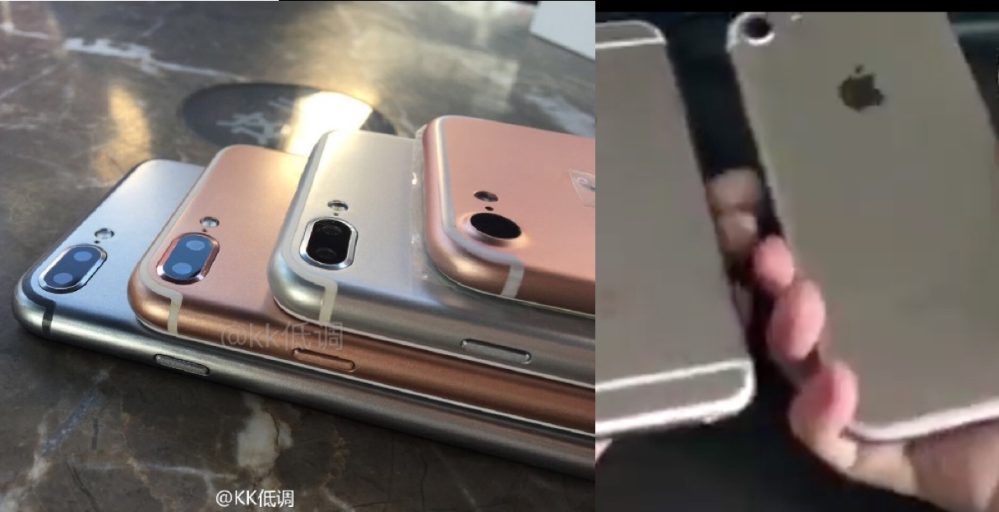 The iPhone 7 leaks continue in the run up to the launch expected sometime in early September. As has been widely reported by now, both the 4.7 inch iPhone 7 and the 5.5 inch iPhone 7 Plus will include significant camera upgrades with the latter getting a brand-new dual camera system. In a new photo leak from Weibo, the separate cameras (rumoured to be dual 12 megapixel sensors) are clearly visible. The redesigned camera with ~25% larger iris for the 4.7 inch iPhone 7 can also be seen although technical specifications of the new component is unknown.

A separate Weibo post also includes a 30-second clip comparing the Rose Gold iPhone 7 to a Rose Gold iPhone 6s with all the characteristics we’ve come to expect from an iPhone 7 leak. Watch the video below after the jump …

The video shows a hands-on of an iPhone 7 dummy unit in Rose Gold. It lacks a headphone jack with the rear of the phone featuring a Lighting connector and two speaker grilles.

It also includes the new camera hole at the top of the phone; as mentioned above, we don’t know what specs the new iPhone 7 cameras will have.

The current iPhone 6s has a 12 megapixel rear camera: it is possible Apple will keep the megapixel count the same but increase the amount of light per pixel for better quality photographs with less noise in low light situations.

Although the device is not getting a major redesign in this generation, the new iPhone 7 back is definitely sleeker and more visually appealing due to the lack of the horizontal white bands.

The exterior design of the iPhone 7 has been documented widely in the last few weeks and months with Chinese iPhone dummy units proliferating across Chinese manufacturers. The remaining questions about Apple’s new flagship phones, like internal component upgrades (Apple A10) or technical details about the new cameras, cannot be answered by looking at dummy units. 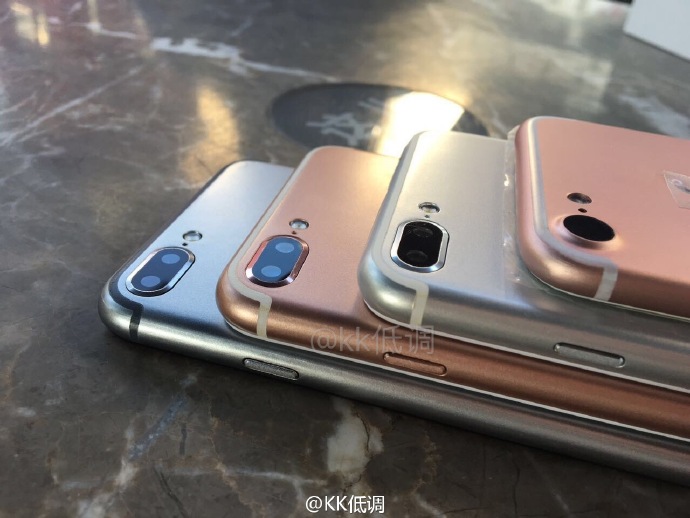 Holes for separate cameras are clearly visible on this 5.5 inch IPhone 7 unit.

We have heard several reports that Apple will up the base storage model from 16 GB to 32 GB with the addition of a 256 GB SKU at the top-end. There have also been mixed messages about a potential third ‘Pro’ model of the 5.5 inch iPhone 7, potentially including a Smart Connector, although there is no consensus from the rumor mill on this topic.

Apple will officially unveil its new iPhones in early fall, probably at a media event in early September. Expect to see press invites being sent out late in August.