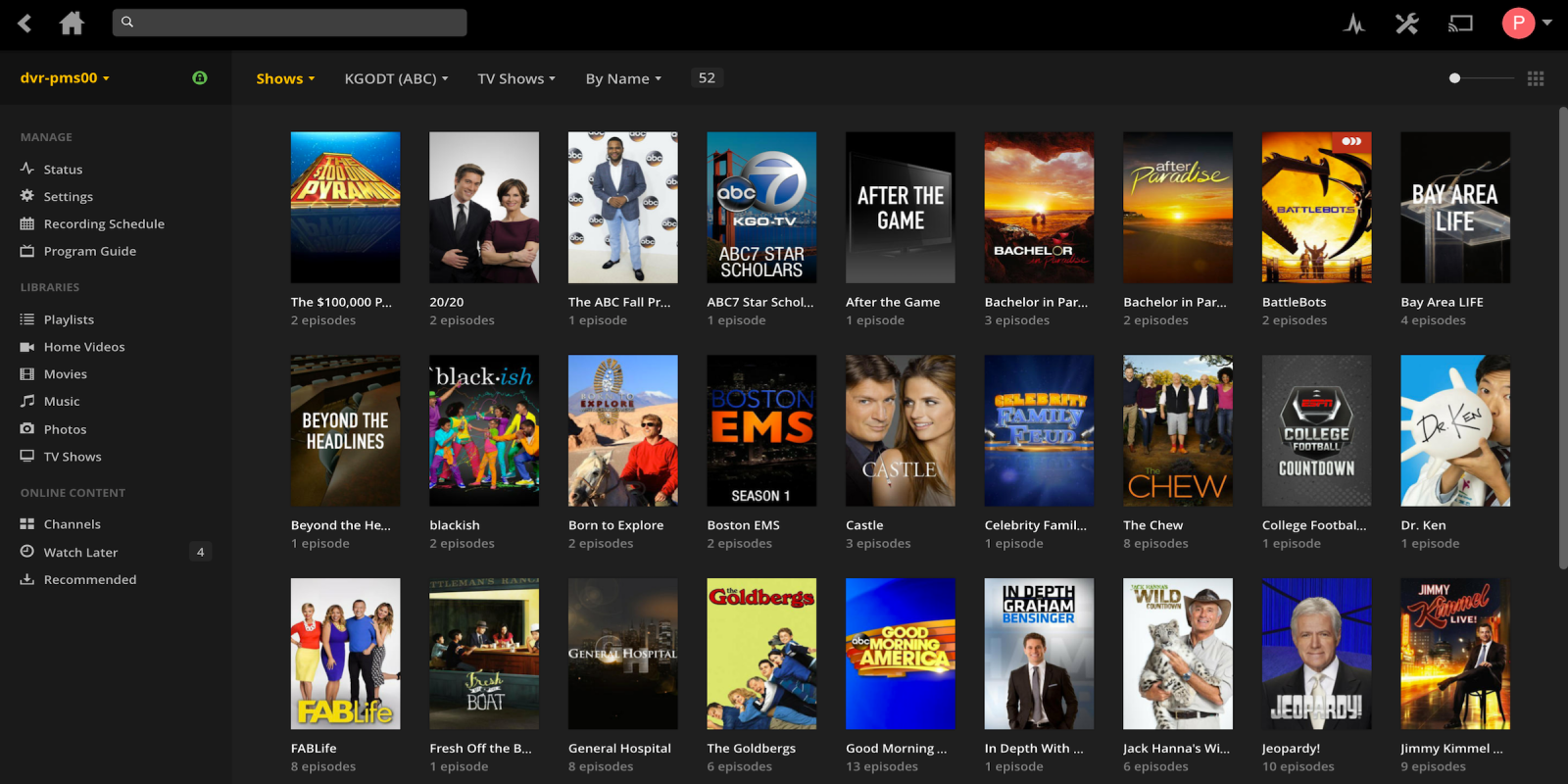 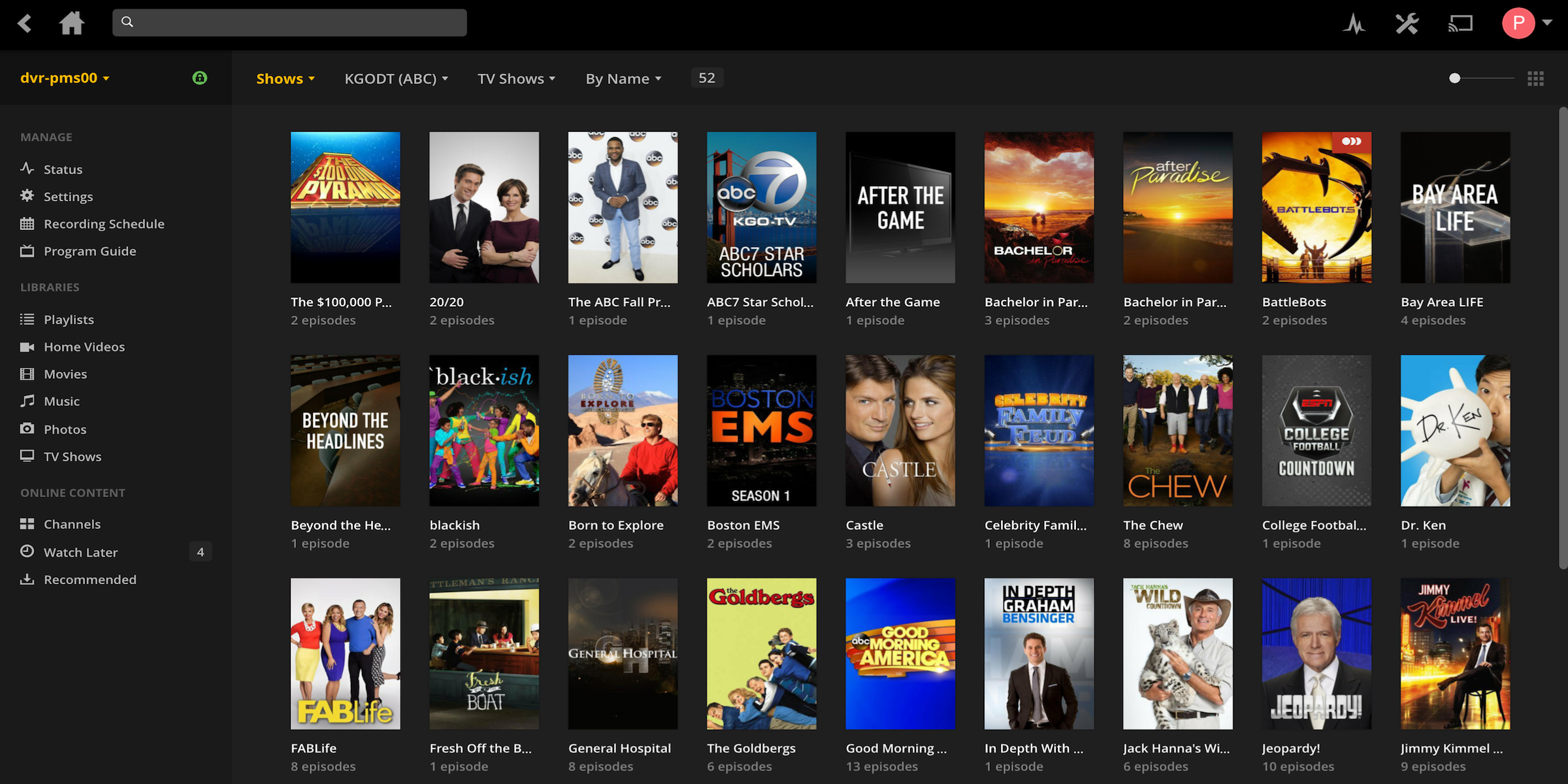 You can bring your own digital antenna but will have to use an HDHomeRun digital tuner (around $90 and up) from the company Plex is teaming up with to support the feature (it also supports non-DRM CableCARD channels on the HDHomeRun PRIME network attached digital tuner).

Once you have the hardware, you’ll be able to access recorded shows from Plex across all your supported devices, and also sync content for offline viewing. Plex currently has client apps for iOS, Android, Windows, Mac, Linux, Roku, Chromecast, Amazon Fire, NVIDIA SHIELD and other Android TV devices, Apple TV, Xbox, PlayStation, and most Smart TVs.

There are a few solutions that offer free recording of over-the-air content with similar hardware, but Plex notes integration with its media server and apps will make set up particularly easy for would-be cord cutters:

Unlike the typically complex and fragmented software that cord cutters need today, Plex replaces the bland electronic program guide, and eliminates the need for DVR recording software, automatically identifying and integrating with tuners and antennas.

You’ll need to have Plex up and running by having its media server software on your Mac, PC or compatible NAS device, but otherwise the new feature will organize everything for you in usual Plex fashion. And you’ll need to be a Plex Pass subscriber, which also enables access to mobile and cloud sync and other features for $4.99 per month or $149.99 for a lifetime subscription.

With the DVR feature you can browse shows in a familiar Plex interface that looks more like a Netflix-style experience than the cable tv guide-style experience that many competitive DVR and over the air TV services use. Plex automatically organizes content with artwork, plot summaries, descriptions and other related content.

You can also view a recording scheduling to manage upcoming recordings: 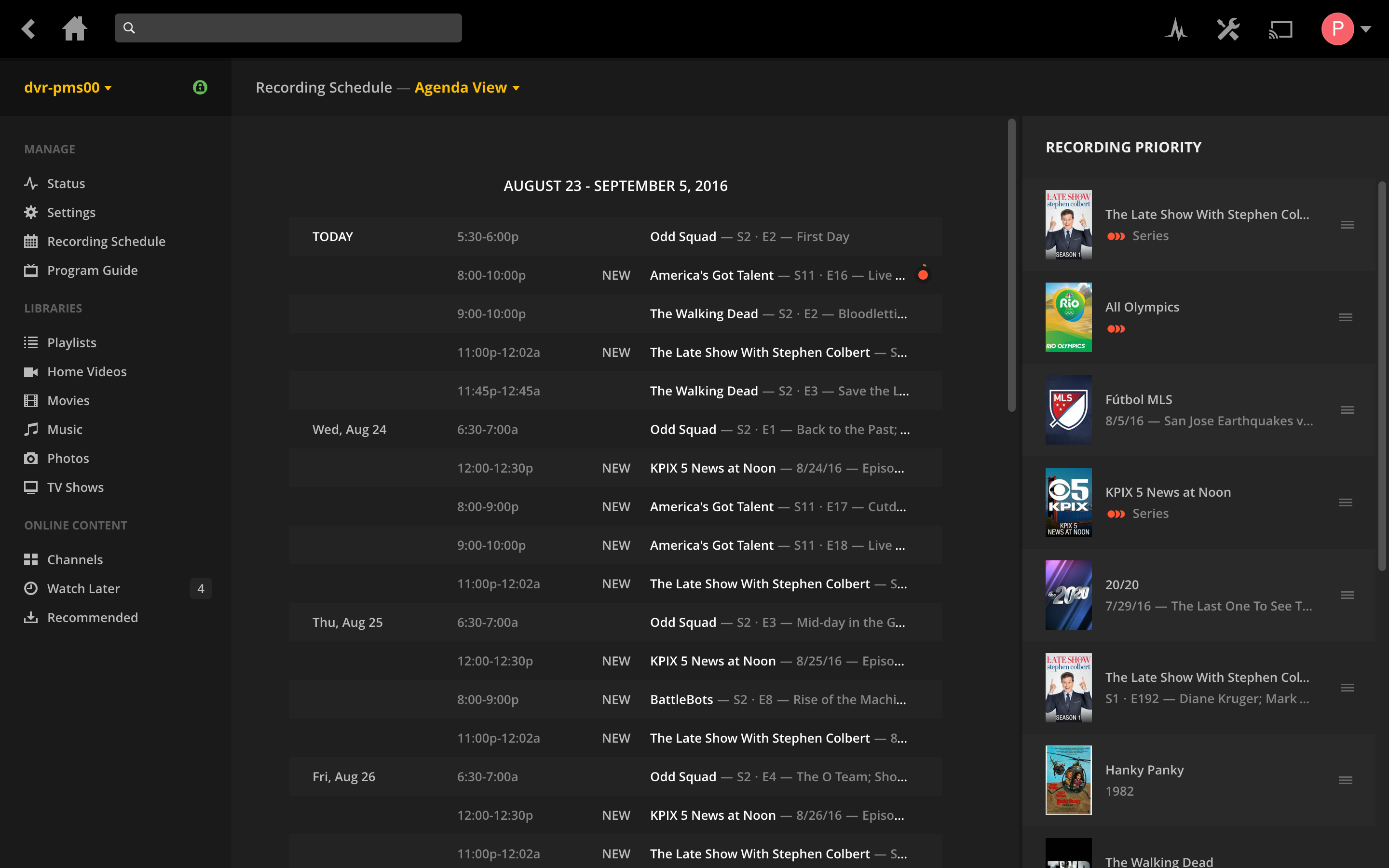 Plex notes in its announcement that the service should enable access to “86 of the 100 most watched shows in the U.S. in 2016, according to Nielsen Media Research, “ including shows from ABC, NBC, CBS, FOX, CW, PBS, CBC, BBC, ITV, Telemundo, and Univision.