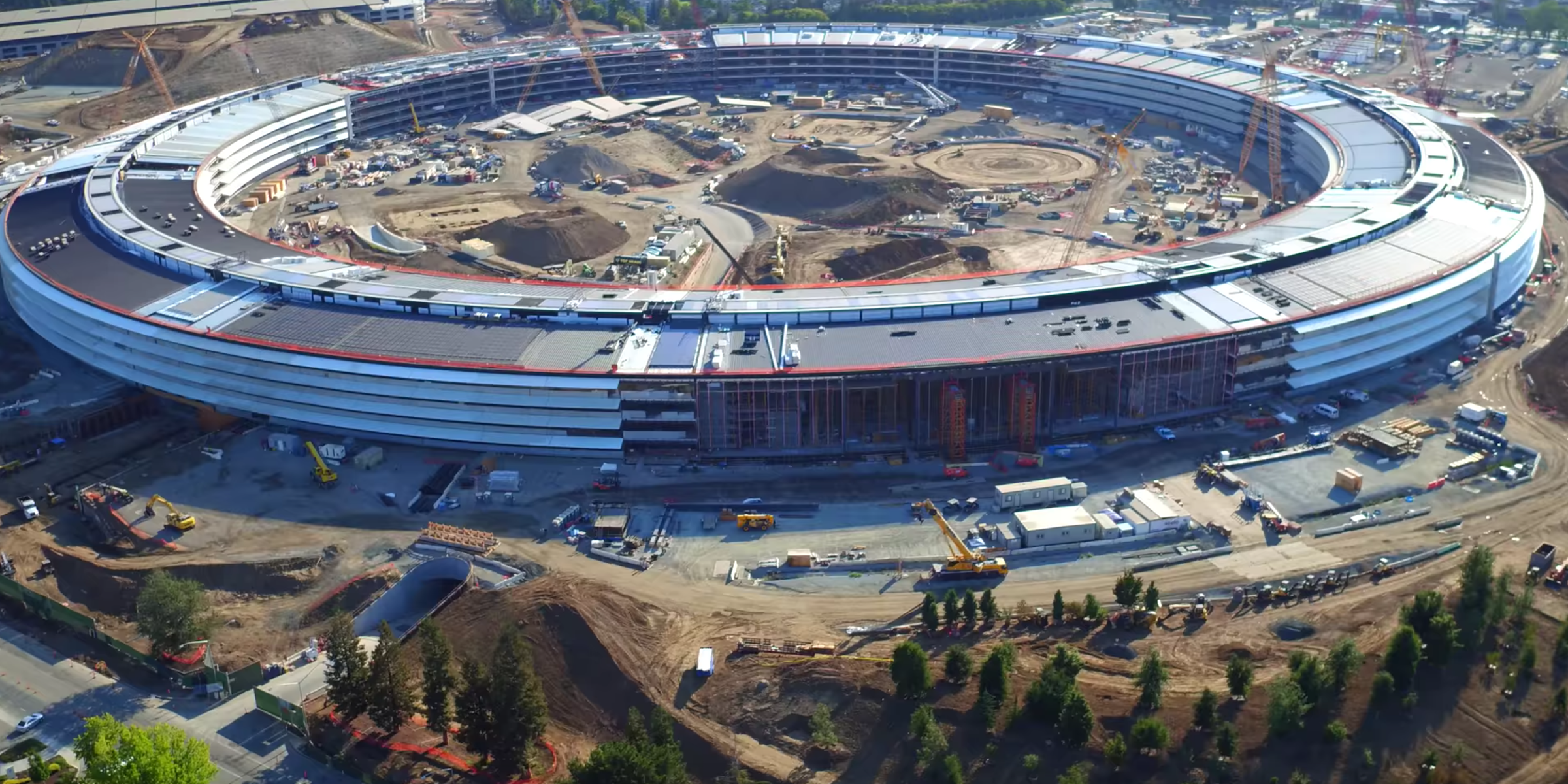 Following his last update in early August, Matthew Roberts just sent over the aerial video below that he shot using a DJI Phantom 3 Professional drone.

The September progress update shows what Apple has been up to on the site over the last month including almost completing installation of the exterior canopies and large glass panels— the largest curved glass panels ever created— that cover the entire facade of the structure.

The video also shows solar panel installations going up on the main spaceship building as well as fuel cell and generator installations being installed on the site near I-280.

In addition, you’ll notice pavement going down in the parking garages and ramps, and continued progress on buildings separate from the main structure including the R&D facility and those located across the street on Tantau Ave.

And in another drone flyover video today, this one shared by Duncan Sinfield (shot on a DJI Inspire 1 Pro), we get another perspective of the site. We can see that Apple has started early landscaping work including preparations for a pond and gardens to be located in the courtyard of the main building, as well as some trees and other greenery on the surrounding site.

When Apple is done with landscaping, its plans call for the site to look something like this render the company did a couple of years back:

Apple is currently expected to start moving employees onto the new 176-acre campus early next year. Catch up on the latest Campus 2 news and our ongoing construction timeline for more.