Home 2.0 brings iOS 10 features and a new design to the best HomeKit app for power users 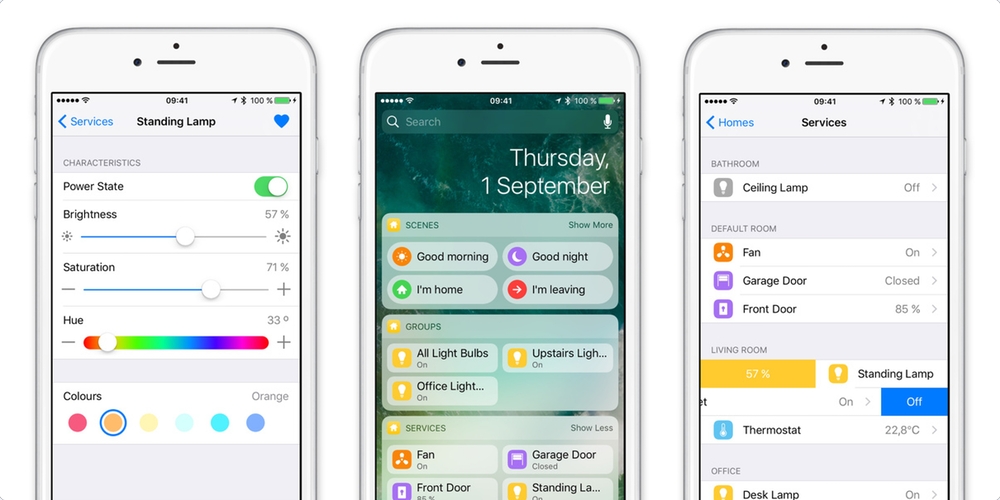 Before Apple built its Home app for HomeKit in iOS 10, Matthias Hochgatterer created the best HomeKit app around with the original Home app. Apple’s Home app on iOS 10 is built-in, free, and has its own panel on Control, but the third-party Home app is still the best solution if you’re in deep with HomeKit like me. The iOS 10 version includes updated widgets, a new design, a refreshed Apple Watch app, and a temporarily discounted price to mark the launch.

Apple’s Home app takes a lot of inspiration from the third-party Home app right down to the name, but it has its limits. For example, you can favorite accessories and scenes for quick access from Control Center without launching the app, but you’re limited to about nine accessories or groups. The third-party Home app lets you create customizable Notification Center widgets with all the essential shortcuts you could want.

Apple’s Home app also ignores the HomeKit concept of zones in favor of a simpler experience, but power users will find zones useful. For example, you can have Inside lights and Outside lights, or Upstairs accessories and Downstairs accessories. Using these zones in the third-party Home app automatically creates groups of accessories for you.

The built-in Home app is great for setting up or getting started and letting your family use, but power users can look to the third-party Home app for more capabilities.

Version 2.0 improves the look and feel of the app on iOS 10 and watchOS 3, adds support for HomeKit IP cameras and makes it easier to control outlets and lights.

IP Camera: If you’re running iOS 10, you can now control your HomeKit IP cameras on iOS and watchOS.

Outlets and light bulbs can now be control using swipe actions. You can toggle the power state by swiping to the left. Swiping to the right lets you quickly change the brightness of lights. For coloured lights you can choose from predefined colours.

Home 2.0 also supports new hardware like IP cameras and includes pre-defined light colors for colored bulbs. Hochgatterer’s blog post for Home 2.0 notes that some new triggers aren’t available in the HomeKit SDK for developers, however, so the Home app is still needed for certain things:

It would be nice to trigger actions on sunrise and sunset and to restrict triggers to fire only on specific weekdays (e.g. on weekends). Even though the pre-installed Home app can do that, it still not possible with the HomeKit SDK in iOS 10. I’m already looking forward to the next major HomeKit update, where these features are made publicely available in the SDK.

As I suggested earlier this year, a mix of both apps is probably the best experience for experienced HomeKit users. To celebrate the launch, Home 2.0 is going on sale at $6.99 from $14.99 temporarily. Most readers will agree that it’s pricey for an App Store app these days, especially when iOS 10 includes a free HomeKit app, but I recommend checking out Home 2.0 when you find the limits of Apple’s Home app.