Apple releases iOS 10 for iPhone, iPad and iPod touch to the public 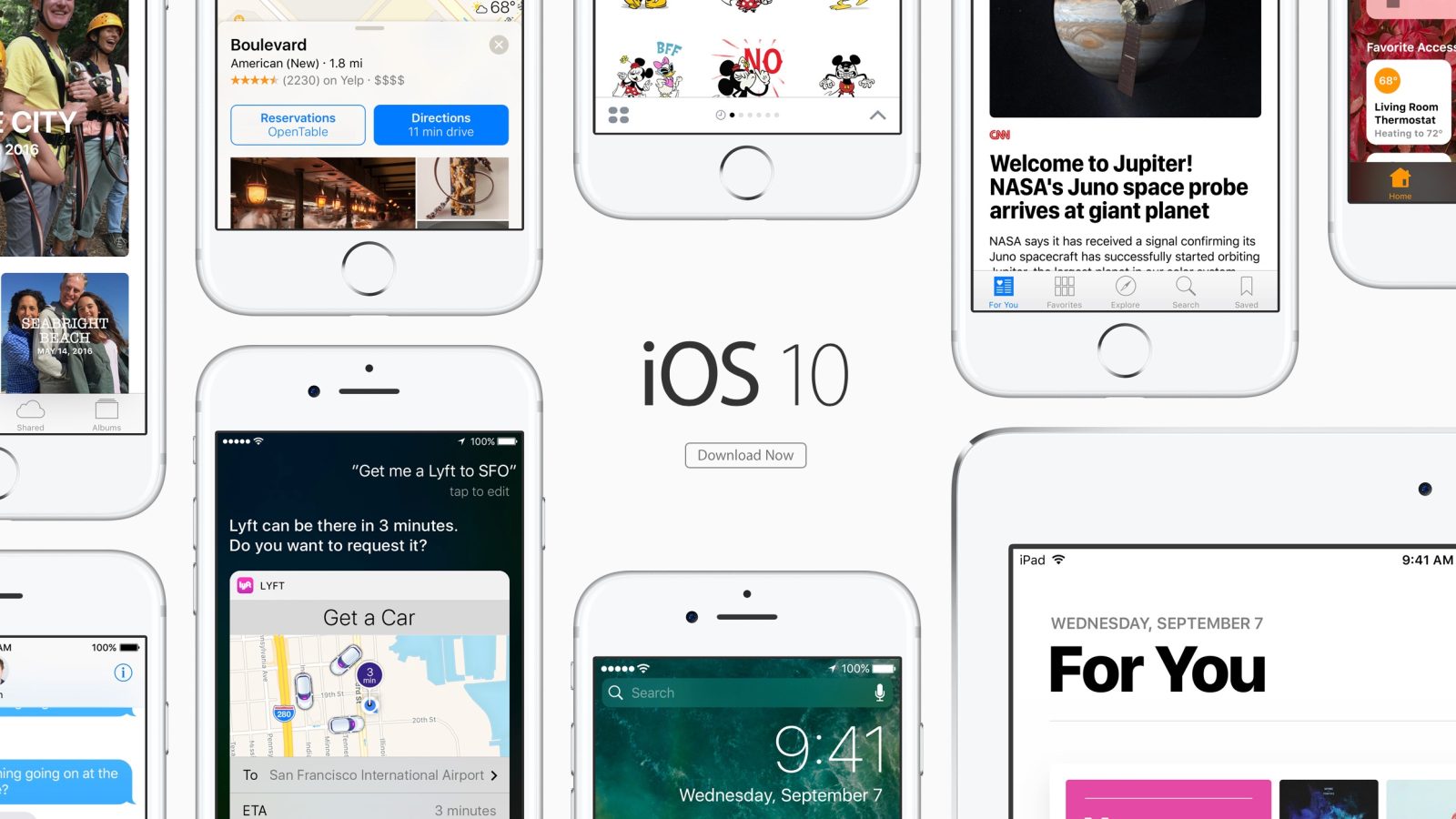 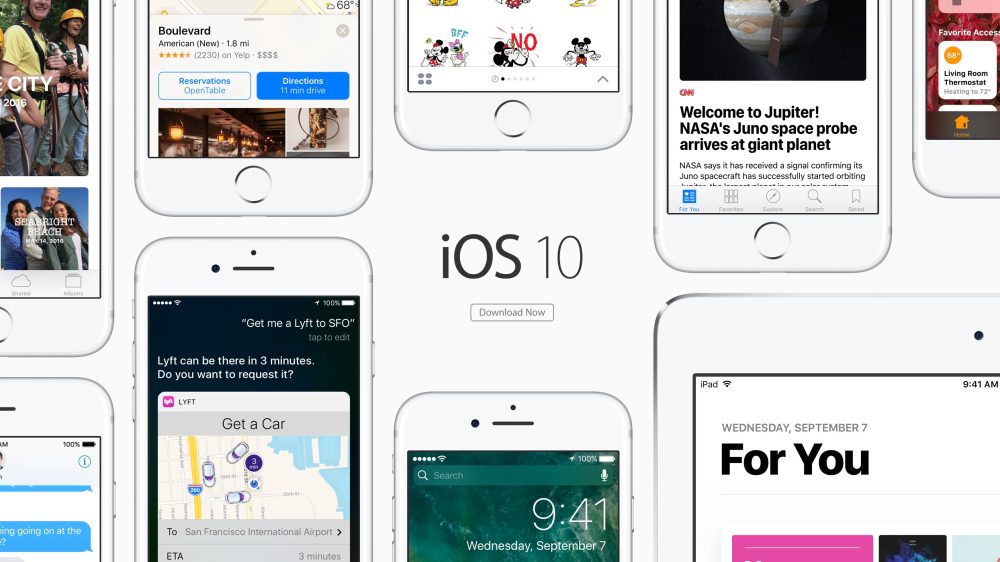 Apple has now released iOS 10 for iPhone, iPad and iPod touch to the public. The free update adds many new features to iOS including a new Messages app with enhanced emoji, stickers, Digital Touch and iMessage apps; third-party app integration with Siri voice queries; redesigned Music and Maps apps with a new visual style and simpler user interfaces; automatic face and object tagging in Photos and much more.

Read below to find out how to update (and if your device is compatible) then check out our walkthrough of everything new.

To update to iOS 10, visit Software Update in Settings. Connect your iPhone or iPad to a power source and tap Install Now. Firstly, the OS must download the OTA file in order to begin setup. After the download has finished, the device will then begin the update process and eventually reboot into iOS 10.

The iOS 10 update weighs in at about 1.7 GB and will take several minutes to install, perhaps up to half an hour. If you don’t have the time right now to update, you can let iOS automatically install it at a later date (it will intelligently choose a time when you are likely to be asleep).

iOS 10 will install on most devices that run iOS 9. Here’s the full compatibility list. Note that iPhone 7 and iPhone 7 Plus will come preinstalled with iOS 10, when they deliver later this week.

As always, some features of iOS 10 are limited to specific hardware so not all devices get all the features. Raise To Wake requires iPhone 6s or iPhone 7, for example.

iOS 10 has a lot of new stuff: read all about it in our feature walkthrough. Messages has rich support for stickers and 3x bigger emoji as well as animated screen and bubble effects. There is even an App Store inside the Messages app. iOS 10 brings redesigns for Music, Maps and News. There’s a whole new Home app for managing your HomeKit smart home accessories. This barely scratches the surface: read our full walkthrough of everything new in iOS 10.

Updating should be a fairly straightforward process, although it’s always good to check you have a backup (either using iCloud Backup or iTunes Backup on the Mac/PC) before doing any major system upgrades.

Just be aware about one thing in particular when updating: Apple has changed how the lock screen works in iOS 10. Slide to Unlock no longer exists. Instead, you must press the Home Button in order to get to the Home Screen of apps. On iPhone 6s or later, the phone will actually wake itself from sleep when you raise the device This can be jarring until your habits adjust to the new behavior.

Also note that some features of iOS 10 will not be visible immediately. Faces and object detection will take some time to index; the initial indexing will not happen until the device is plugged into power for a few hours. Other proactive features will also take time to show up, like suggested apps, contextual locations, or Photo Memories.

As always, battery drain for iOS 10 is likely going to be higher on the first day of use. iOS 10 does a lot of indexing and caching and these all get flushed on system update. We’ll be on the lookout for show-stopping bugs or battery drain issues but we don’t expect to see anything like that. The numerous iOS 10 betas have been very solid.

Enjoy iOS 10! Let us know what you think of Apple’s latest mobile operating system in the comments.