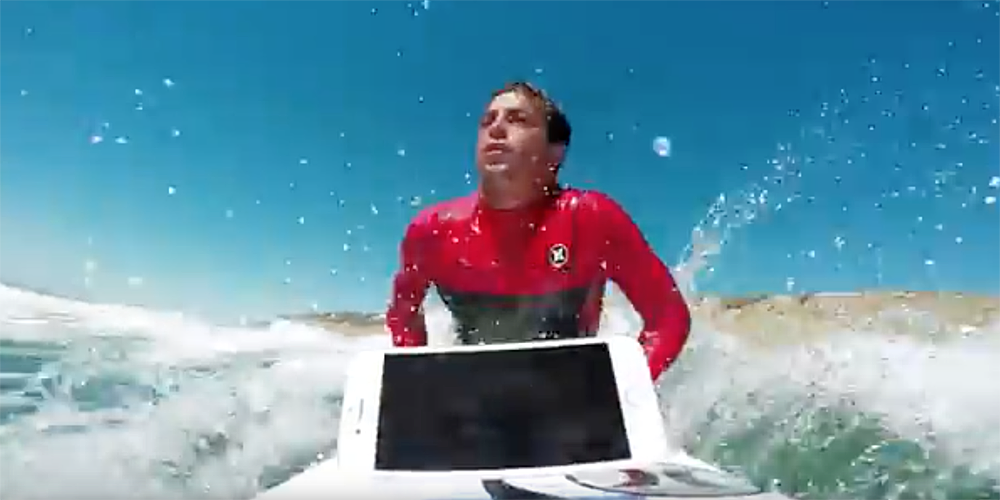 While Apple makes rather modest water-resistance claims for the new iPhone 7 and 7 Plus, suggesting nothing more demanding than a cycle ride in the rain, that hasn’t stopped people putting them through some rather more extreme tests.

We’ve already seen the phone survive immersion in water, soda and coffee, and even dropped into 35 feet of water. This latest test has pro surfer Kai Lenny take the iPhone 7 and 7 Plus out into the waves …

He starts with the iPhone 6 and 6s, which unsurprisingly don’t survive for long – both dead within five minutes.

The iPhone 7, however, is still working perfectly after a full 30 minutes of surfing. The 7 Plus doesn’t do quite so well, with the audio badly affected after the same 30-minute ride.

Don’t try this at home, though: Apple officially rates the waterproofing at 1m immersion in still water for 30 minutes – and even then, water damage isn’t actually covered by the warranty.

But hey, the tests are fun to watch.