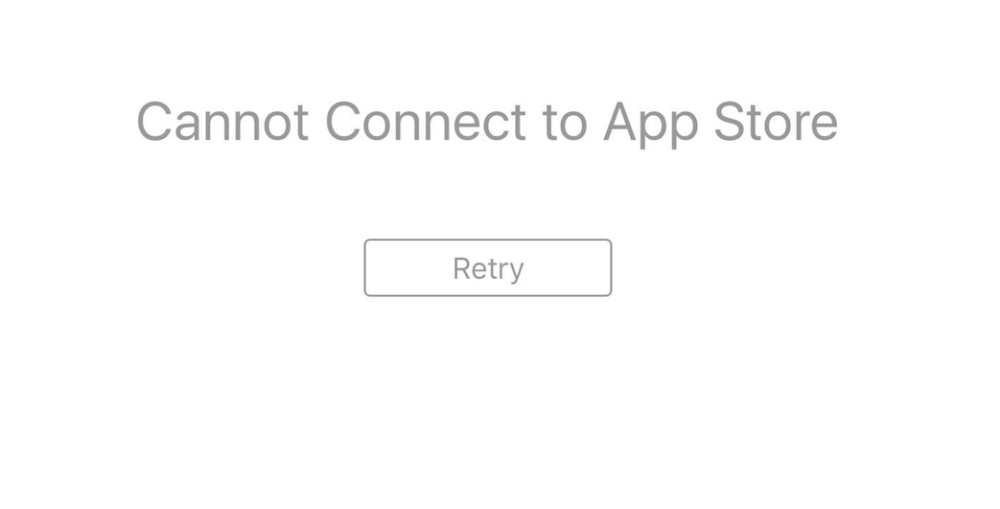 According to a plethora of reports on Twitter, the App Store, iTunes Store, and Apple Music are all experiencing widespread server issues for many users this afternoon. While Apple has yet to confirm the issues, reports have been rolling in for nearly an hour now.

Apple’s System Status page has not been updated and shows no issues, but that page is generally only updated after an outage is resolved. In a tweet, Apple Support said that the App Store, iTunes Store, and Apple Music were all up and running, but the tweet cited the System Status page.

When attempting to access the App Store and iTunes Store, many users are receiving the “Unable to connect” error. For Apple Music, users are being signed out of their account and prompted to sign back in. Signing back in, however, doesn’t always work and sometimes errors out.

Down Detector also reflects issues relating to Apple’s cloud services, as well. The most common reported problem is “sever connection,” while “log-in” and “website” are also reported issues.

Are you experiencing issues accessing the iTunes Store, App Store, or Apple Music? Or any other of Apple’s cloud services? Let us know in the comments…

@AppleSupport are servers down? I can't get into iTunes or App Store from my iPad.

@ColeeeS__ The App store is up. Here is a link to show current status: https://t.co/7NVrDovSd8

DM us and we can assist you further. https://t.co/GDrqU22YpT

so for real #iTunes is down?

{{Well.. iTunes is friggin down. So I can't watch nightmare before Christmas. So I guess I'm back.

@iTunes – is the system down? It's been stating – cannot connect for quite some time now. If not, do you have trouble shooting advice?

Yes the app store is definitely down. "Unable to connect to App Store" @AppStore I've been trying to connect for about an hour. #appstore

why is the app store down….@AppStore

Is the #Apple #appstore down for everyone or just me? 🤔🤔 @Apple @AppStore

@AppleSupport Apple Music and iBooks appear to be down, checked with a co-worker as well and they say they're having the same issue.