MacBook Pro Diary: Temporary dongle hell as I migrate from my old machine … 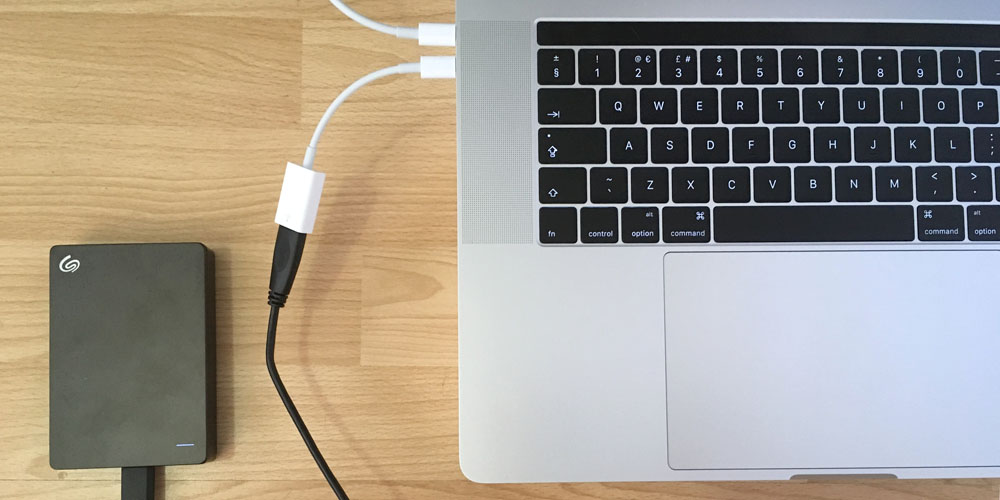 My shiny new maxed-out 15-inch MacBook Pro with Touch Bar finally arrived yesterday, and it was time to migrate everything from my old Mac.

I wrote in the first piece that I was wasn’t overly concerned about the port situation, though did recognize that it wouldn’t be an entirely painless transition.

I’m pretty relaxed about the all-USB-C ports. Leaving older standards behind always involves a certain amount of pain, but I’m a pragmatist and a gadget guy. When a better standard comes along, it makes sense to use it, and as Apple isn’t the only company going all-in on USB-C, there’s no shortage of accessories for the new standard.

You could argue that a mix of ports would be useful, but that would be true for maybe the first year of ownership. After that, we’d be moaning about the fact that we have only two USB-C ports because there’s space taken up with those huge, ugly, old-fashioned USB-A ones. I think Apple made the right call here.

That pain did kick it on day one, however, when I attempted to migrate my data, apps and settings from my old MacBook Pro …

My primary Time Machine backup is to a Time Capsule. I’m a greater believer in the adage that the only 100% reliable backup regime is one that requires zero user intervention, and the Time Capsule achieves that. Any time the Mac is at home, I get fully automatic, hourly Time Machine backups without having to do so much as plug in a drive.

However, while WiFi is perfect for incremental backups, it would be a stupidly slow way to do a migration or restore. In the past, I’ve used an Ethernet cable to connect Mac to Time Capsule. This time around, that wouldn’t be an option unless I bought an Ethernet dongle that would likely only be used once.

No problem, I thought, I can use a Thunderbolt cable to connect the two Macs. Boot the old Mac into Target Disk Mode and migrate from that. I needed Apple’s Thunderbolt 2 to Thunderbolt 3 adapter anyway for my Apple Thunderbolt Monitor, so it should have simply been a question of using that to establish the link.

Except, not. My old Mac recognized that something had been connected, but my new Mac failed to see it. It saw the Time Capsule, but not the Thunderbolt-connected Mac. 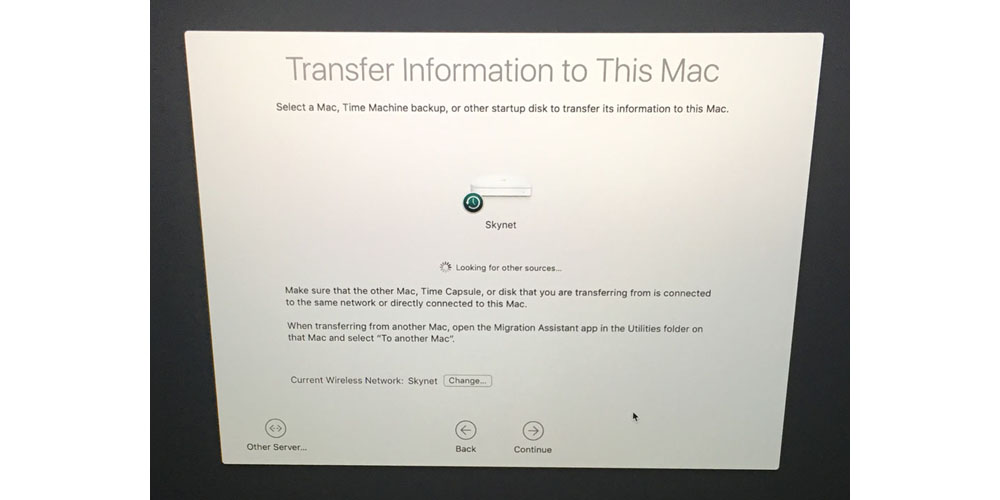 I’m not sure at this stage whether the adapter for some reason doesn’t support Target Disk Mode, my adapter is faulty or there’s some other issue. I tried it in all four USB-C ports without success. I tried a second Thunderbolt cable, likewise. A friend later reported exactly the same experience with his new machine, so my working theory so far is that there’s some problem with Apple’s adapter, though others have noted that Target Disk Mode can be flakey in general.

In case it helps anyone else avoid any wasted time, I can confirm that neither reasoning nor pleading with the new MacBook Pro will persuade it to see the connection.

So I resorted to an overnight backup of my old Mac to an external USB drive, and am – as I write – waiting for the new MacBook Pro to complete the migration from that – with a dongle that works.

Executive summary, then: one dongle I didn’t have, another one that didn’t work and a third enabling only the slowest form of transfer. So yes, the pain I forecast most definitely exists – especially when it comes between an impatient man and getting to work with his new toy. But I stand by what I wrote in both the original and follow-up piece:

It’s trading off a slight inconvenience now against spending most of the machine’s life (4-5 years for me) with two completely redundant ports. So I still say Apple got this right. 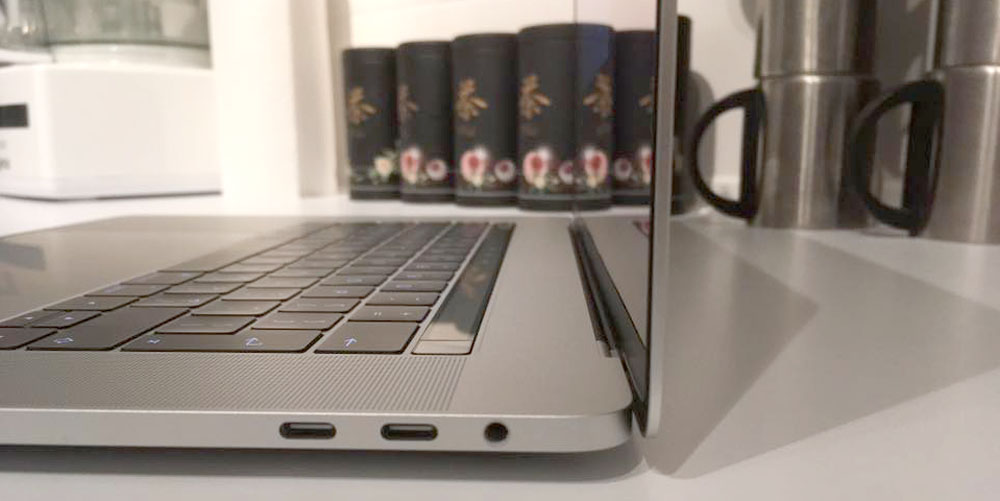 The delay in setting it up means that my hands-on experience of the new machine has so far been extremely limited, but I will be able to start using it in <checks> 17 minutes, so expect an update in the next day or two.

But – now that I’ve accepted that the upgradable days are gone – I do love the form factor. It looks absolutely beautiful and I think it is indeed going to be sufficiently portable that it will replace both my 17-inch MacBook Pro and my 11-inch MacBook Air. The screen is fantastic. And first impressions of the keyboard are, to my slight surprise, extremely positive.

As for what it’s like in real-life use, watch this space …