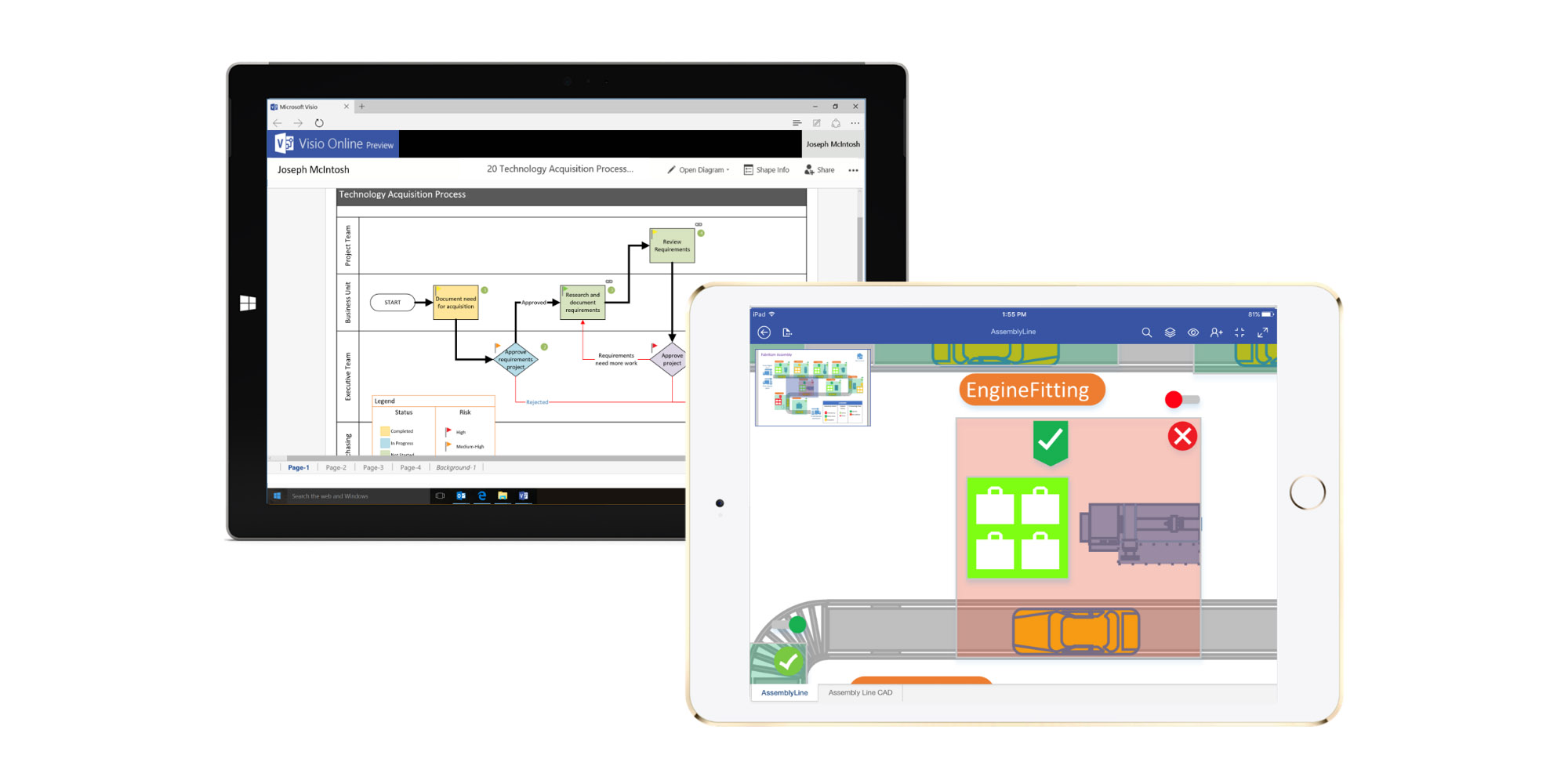 Microsoft’s suite of apps on iOS are constantly expanding, and today the company has announced that yet another of its famous desktop apps is making its way to Apple’s mobile platform ─ Visio.

Visio, for those unfamiliar, is a popular and trusted tool for diagramming, allowing users to create and view detailed diagrams. Now, Microsoft is bringing that product to the iPad, as well as to the web. “Visio Viewer” for the iPad is available now and allows users to share diagrams securely, all while having access on the go.

Microsoft has also confirmed that Visio will debut on the iPhone “in the coming months.”

Along with that, Cortana for iOS has also been updated with a new clean and simple design which brings the things you use most often, such as reminders or weather, front and center. That also means that setting reminders or viewing them is just as quick to access through tapping as it is when using voice controls. Those reminders, of course, still sync up with Cortana on a Windows 10 PC or laptop as well. Cortana’s “cards” have also been cleaned up to a certain extent.

Along with the revised looks, Microsoft has also made performance enhancements to the app, allowing users to find results more quickly while on the go. The new update is available over the coming days on Android and rolling out over the coming weeks on iOS. Microsoft has also finally made Cortana available for users in the UK, a welcome addition even though the app has been available in the US for well over a year.