Microsoft: Mac users switching to Surface more than ever before, after new MacBook Pro ‘disappointment’ 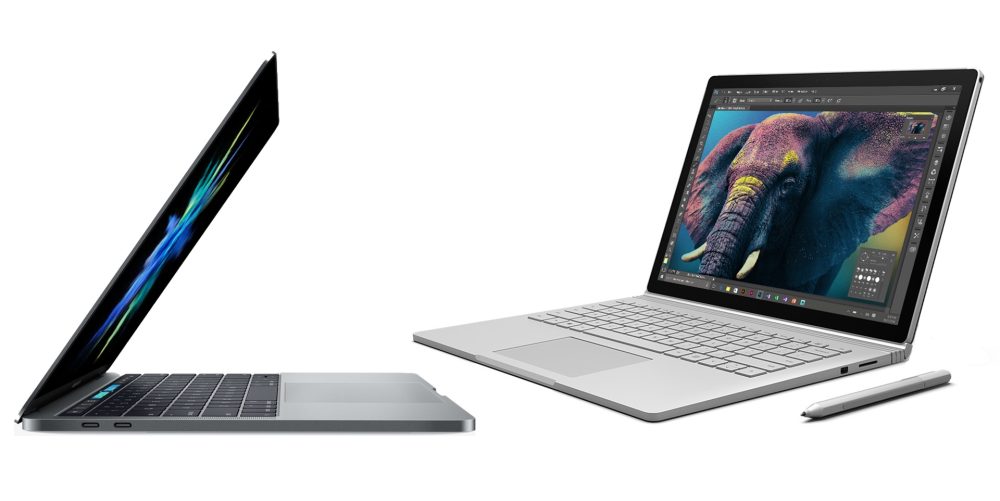 The new MacBook Pro has caused countless controversies over the last few weeks, from its lack of legacy I/O ports to graphics issues and battery life concerns, and Microsoft says this is leading to more Mac users than ever switching to Surface PCs and laptops.

In a yearly review on the Windows blog, the company said that more people are switching from Mac to Surface than ever before with Mac customers disappointed by Apple’s new MacBook Pro and enticed by Surface innovations.

In the post, Microsoft says the trade-in program for MacBooks saw its highest numbers ever, where users can get credit for their Mac laptops towards a Surface purchase. This is partly explained by the fact Microsoft ran a special trade-in promotion with higher valuations for a limited time.

The post also attributed the growth based on the excitement of new Surface products. Microsoft recently announced a new Surface Book laptop and a Surface Studio touchscreen convertible desktop that can switch from an iMac form factor to a desk drawing easel; the Studio is certainly differentiated from Apple’s iMac line.

The company also takes pride in that “it seems like a new review recommending Surface over MacBook comes out daily.” (This is a subjective assertion of course and I’m sure Apple would say the opposite, if asked.)

Microsoft may have branded the 2016 MacBook Pro as a “disappointment” but other analysts tell a different tale. Slice Intelligence previously said that the new Mac laptops outsold all of its competitors in just five days. Apple SVP Phil Schiller has also said that the new MacBook Pro set an online sales record compared to any previous pro Apple notebook.

Have you been attracted to the Microsoft Surface line as Apple’s Mac line has been somewhat stagnant? Let us know in the comments.