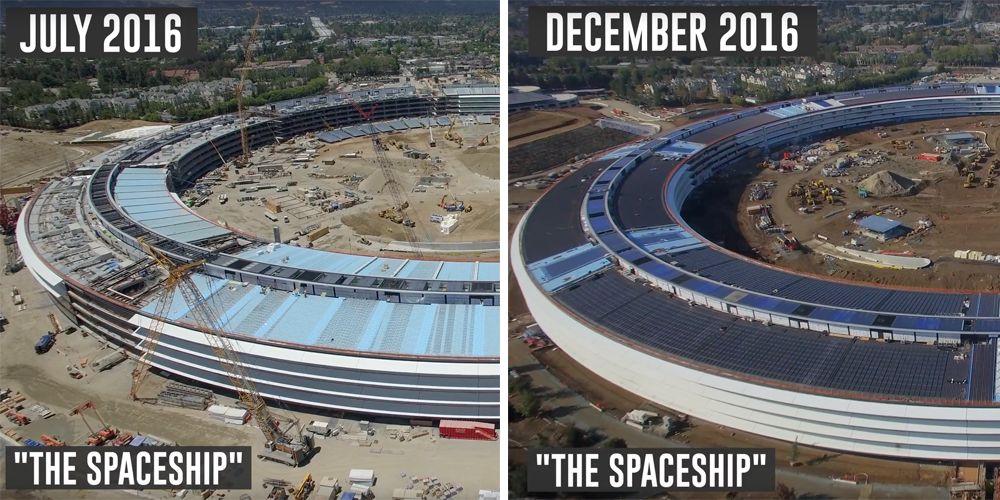 YouTuber Matthew Roberts has supplied us with regular drone footage of the Apple 2 Campus construction work, but his latest video provides our best look yet at the impressive pace of that work.

Six months isn’t a long time by large-scale construction standards, yet here we see the transformation of the famous spaceship ring from a skeleton to a nearly-finished building …

The footage, which shows the entire site, not just the main spaceship building, is condensed into just four minutes. One industry commentator said that the pace of the work was ‘staggering.’

I’ve been in construction for over 3 decades and follow projects around the world. Staggering how much work is being done there.

In addition to the regular unofficial drone flights, Apple itself recently took some interior shots, which give a new perspective on the scale of the structure. Sharing them in a memo to employees, the company said that there were more than 5,000 people currently working on the site.

The company recently started hiring for permanent positions based at the campus.

You can watch the time-lapse video below.