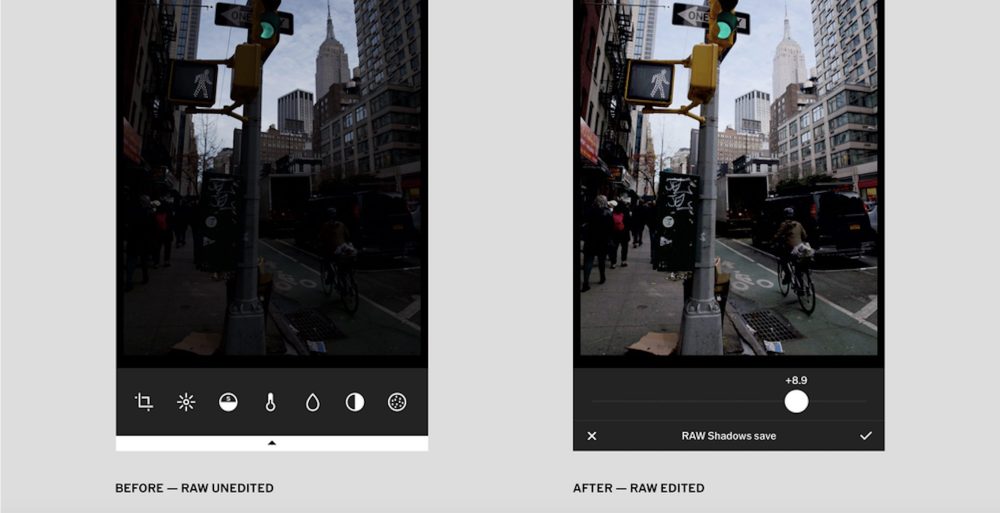 With version 15.0 of the app, users with an iPhone 6s, iPhone 6s Plus, iPhone 7, iPhone 7 Plus, and iPhone SE can take advantage of RAW photo capture, import, and editing. Announced in a blog post, VSCO says that this support means users can recover lost detail, freely adjust color balance, and overall “bring out the full potential of RAW images from both your iPhone and DSLR camera.”

For iPhone 6 and iPhone 6 Plus users, today’s update adds support for importing and editing RAW images, but capturing is not supported.

In our latest update, full RAW image support includes RAW capture, importing and editing, offering greater creative control by preserving an image’s original data and capturing exactly what your camera sees. With RAW, you’re able to recover lost highlight detail, freely adjust color balance, and bring out the full potential of RAW images from both your iPhone and DSLR camera.

Furthermore, today’s update brings a new feature called Film X. This capability allows users gain greater control of the expression of images. The feature brings two new controls called Character and Warmth that “allow you to interact with parts of the film model to create a wide range of beautiful looks.” Film X is only available through VSCO’s membership offering VSCO X.

The latest version of VSCO with full RAW support is available now on the App Store. 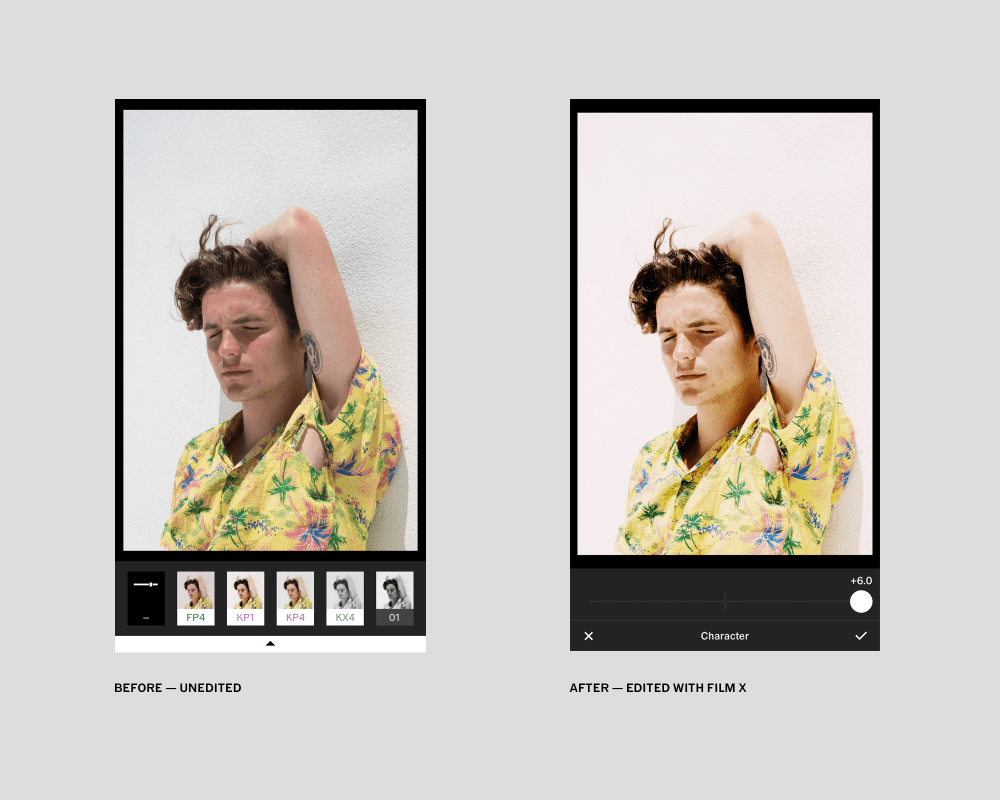