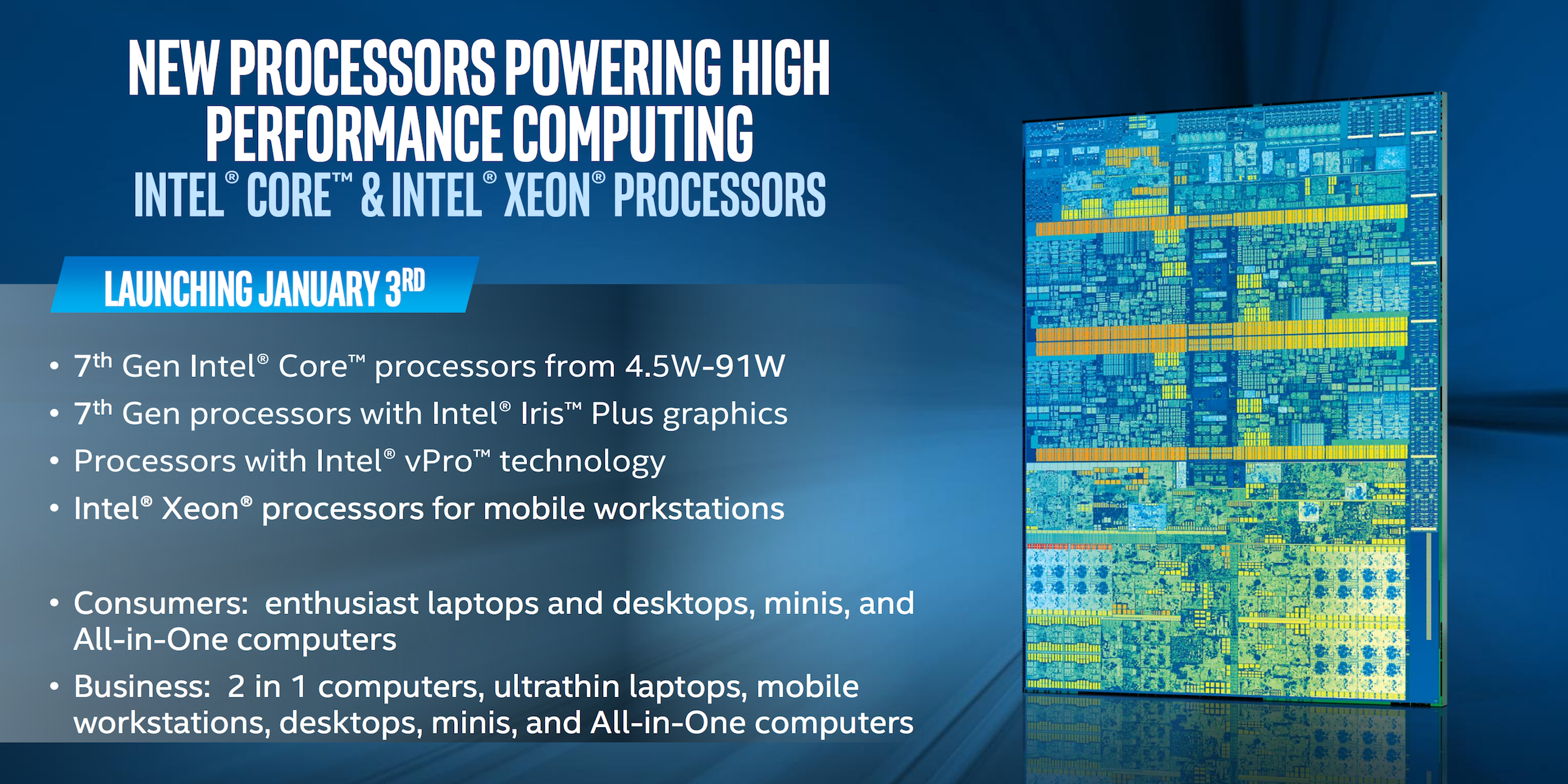 Intel today announced new 7th Gen Kaby Lake processors as part of its CES announcements, some of which could be suitable for use in future upgrades to Mac products.

After launching the first of the Kaby Lake chips officially in August, and having a long list of products introduced with the chips since, today the company introduced new processors to round out the lineup that could make their way into both future Mac desktops and MacBooks. Intel says the new chips deliver performance increases including “up to 20 percent for performance and gaming notebooks and 25 percent for desktops.”

The lineup includes new low-powered U-Series chips that would be suitable for future MacBook products as are new H-Series chips built for high-performance laptops. Also included are new Y-Series chips made for detachables and S-Series chips for desktop systems that could be used in future iMac or other Mac desktop upgrades. 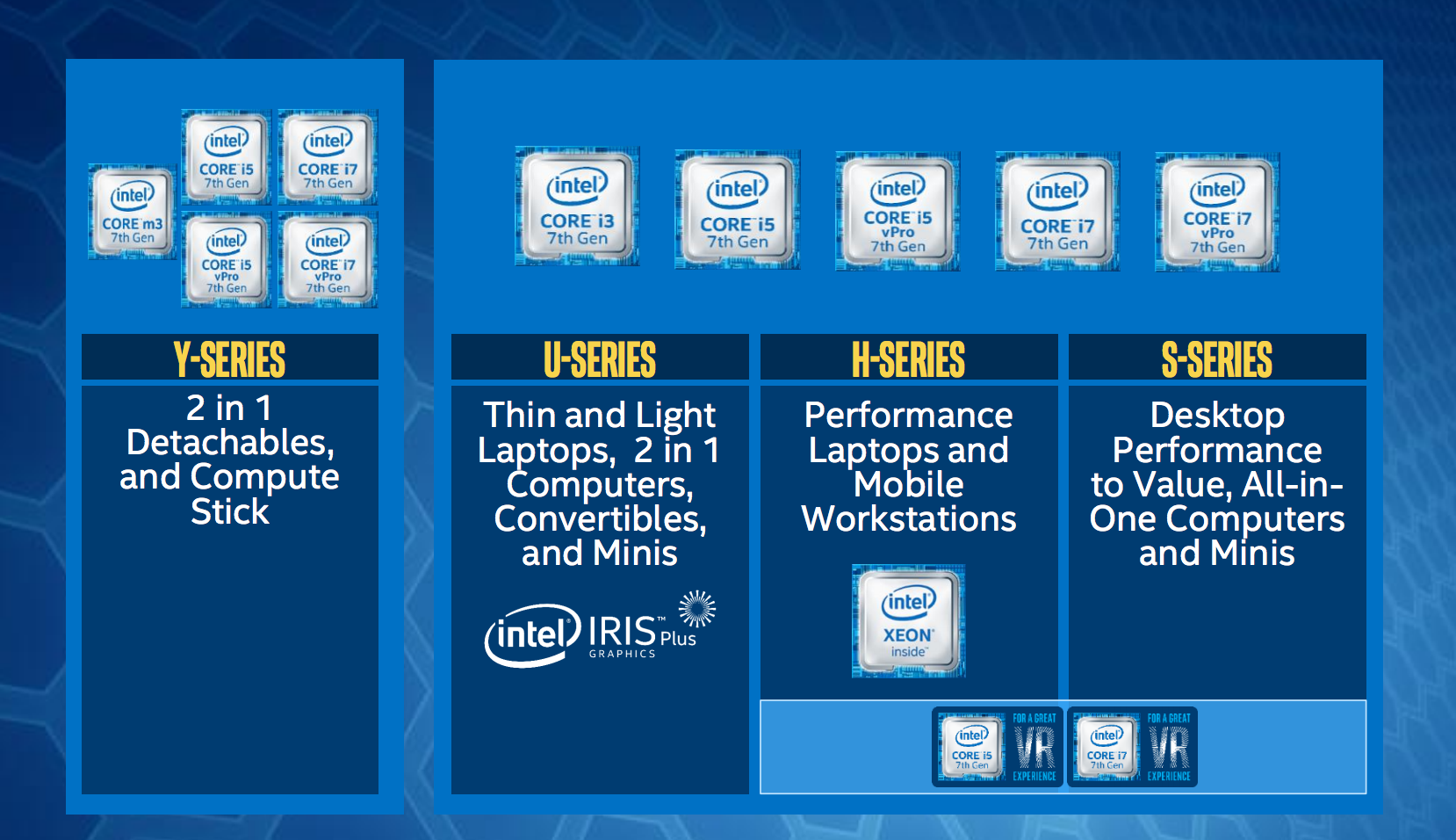 All of the chips, like previous Kaby Lake releases, support Thunderbolt 3, and the Y-Series and U-Series chips notably put a focus on increased performance and battery life:

With the Y-series processor family, 2 in 1s are reimagined, enabling thin and fanless designs for ultra-mobility. On U-series processors, enhanced productivity and creativity are possible in increasingly slim form factors without sacrificing battery life – in fact, new 7th Gen Intel Core U-series processors now provide up to 10 hours of battery life for the whole workday. Modern Standby ensures laptops resume with data ready in a flash.

On that note, we pointed out in our look at what’s next for Apple in 2017 that the company is said to be planning iMac updates for this year alongside spec bumps for MacBook models.

Intel has a full fact sheet on the new processors (listed below) on its website here.