Eddy Cue says Planet of the Apps will premiere this spring & be ad-free, watch the first clip now 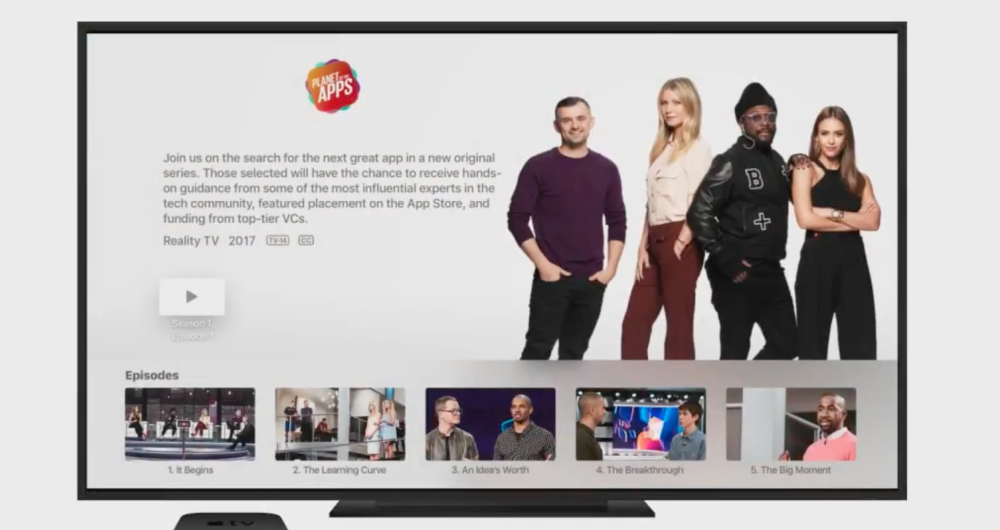 At the Code Media conference this evening, Apple’s Eddy Cue sat down alongside Ben Silverman for an interview. Silverman is one of the minds behind Apple’s upcoming reality TV series “Planet of the Apps,” making the series a central topic of the interview.

The first clip of the show was also premiered…

The interview brought about some more details about the origin of the app. Silverman, along with Will.i.am, created the premise of the show and pitched it to major networks. After that, however, Will.i.am mentioned the idea to Apple and the partnership began. Silverman explains:

“My partners and I were working on the show and taking the show out to pitch it. We took it out to pitch it to the traditional players and platforms and were really focused on broadcast. During the process, we had one day of meetings and all of the people we pitched to wanted the show.

Will said, ‘I have to go have a meeting with Jimmy Iovine and Eddy Cue, are you guys cool if i bring up the idea?’

Will laid out the concept and they immediately connected on it.”

In the clip, narrated by Apple Music’s Zane Lowe, we see our first look at the set of Planet of the Apps. The clip shows developers having 60 seconds to give an “escalator pitch” of the app. If the celebrity advisors are interested in the app, the developer will then have more time to pitch their app. Celebrity advisors include Gary Vaynerchuk, Gwyneth Paltrow, Will.i.am, and Jessica Alba.

From there, the advisors can either say they’re interested in partnering with the developer for the creation of the app or pass. If multiple advisors are interested, the developer must pick who they would most like to work with, much like reality singing show The Voice.

Once the apps are developed, the developers will pitch in front of Lightspeed Venture Partners and whoever is selected will receive $10 million in funding. The winner of the series also receives prominent placement on the App Store as a featured app.

While we still don’t have a solid release date, Cue said that the show will premiere in the Spring and be available exclusively on Apple Music and in a Planet of the Apps application that will be released. Episodes will be released one at a time. Cue and Silverman also noted of a “rubber band” idea that will allow users to dive deeper into specific parts of the show, then bounce back to the main story line. The show will also be ad-free.

View the clip of Planet of the Apps below: