Opinion: Why fake news is a huge threat to democracy and both Apple and the rest of us need to respond 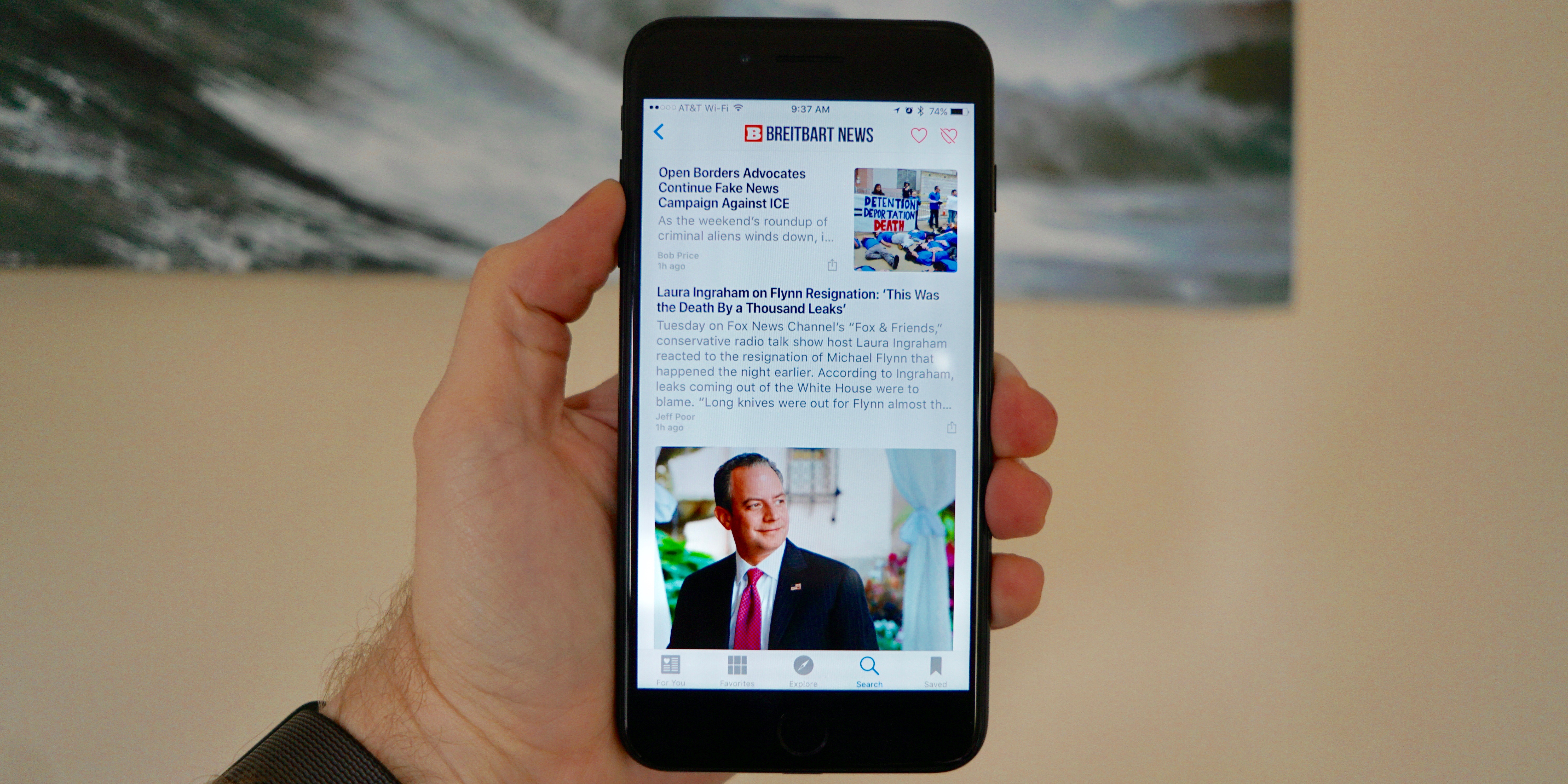 There’s a joke about a time-traveller from the early 20th Century arriving today and asking someone what has changed. The present-day person pulls an iPhone out of their pocket and says: ‘Well, we all carry around this pocket computer that gives us instant access to the sum total of human knowledge.’ The time traveller looks stunned. ‘Wow, what do you do with it?’ they ask. ‘Mostly we watch cat videos.’

The Internet has been, in the main, a hugely positive development. We do have instant access to information on pretty much any subject under the sun, or, indeed, beyond it. We can communicate with people on the other side of the world, for free, as easily as we can those on the next street. We can virtually travel the world, exploring streets in distant locations from our armchair. And very much more.

The Internet also has its dark side, of course. But it’s the subversion of one of its most positive attributes – easy access to information – that poses one of the greatest threats today …

The comments system will be bracing itself as I write, as it’s impossible to even touch on politics without igniting the blue touch-paper. It’s certainly impossible to address the issue of fake news without discussing two political developments that were, at the very least, heavily influenced by the phenomenon: the Brexit referendum result and the Trump presidency.

But it doesn’t matter which side you come down on in either event. Whether you believe Brexit will be the best thing ever to happen to Britain or the worst. Whether you see a Trump presidency as a triumph or disaster. We should all care about the fact that large swathes of the electorate based their decision on things that simply aren’t true.

We’re of course all guilty at times of seeking facts to support our existing opinions. As Andrew Lang once put it, of using statistics much as a drunk man uses lamp-posts – more for support than for illumination. But the smarter among us recognize our own biases and, when the evidence clearly demonstrates that we’re mistaken, revise our views accordingly.

We can only do this, however, if we have access to factual information. And the fake news phenomenon means that, all too frequently, we don’t.

Part of the issue here is the ‘bubble’ effect created by social media. We choose who to be Facebook friends with, who to follow on Twitter. This influences the posts we see and the shared links to which we’re exposed.

Laziness, too, is a factor. Too many people – well-intentioned, honest people – share links without hesitation. They don’t pause to wonder whether it’s true. They don’t investigate the source to check its credibility. They don’t do any independent fact-checking of their own.

But there is also the deliberate spreading of falsehoods by those seeking to push a particular political agenda. A massive factor in the Brexit referendum in the UK was the claim that the country was spending £350M ($436M) a week on European Union contributions, and that we should instead spend that same sum on the National Health Service. That claim was both false and misleading: it didn’t represent the true net contribution, and it has since been admitted that we will not, in fact, be spending an extra £350M on the NHS.

As for Trump, it’s hard to know where to start. The deliberate falsehoods ranged from things as trivial as the weather during his inauguration speech to claiming to have watched American Muslims celebrating the fall of the Twin Towers.

But I don’t want to dwell too much on the specifics. As with all political campaigns, there were lies and misleading claims on both sides. Politico wrote last year that Clinton and Trump alike may have been the biggest liars ever to run for president. And in the Brexit campaign, while much of the scare stories have since been shown to be true, others weren’t. It was an utterly abysmal campaign by both sides.

The problem is what to do about it. The solution is certainly not censorship. That would be both morally wrong and even more dangerous than the problem it seeks to address.

Morally wrong because a free press – able to express opinion as well as share facts – is one of the greatest hallmarks of democracy, as well as one of its most important guardians. And the right to free speech, for any one of us to be able to express our own views, is one of our most cherished freedoms.

Dangerous because as soon as you give anyone the power to censor what other people can say, you’ve handed them the ultimate power: the power to shape what is considered to be true.

This is why Tim Cook said last week that fake news was one of today’s chief problems ‘but not something which has a simple solution.’ Eddy Cue echoed this view at the Re/code conference.

All of us in technology and services own a responsibility for it. We don’t have all the answers by any means. We need to work on it.

Apple’s Eddy Cue has a small part of the answer: vetting of Apple News providers to ensure that they are genuine. While some may see this as censorship, it isn’t. Everyone has the right to express their opinion; nobody has the right to pass off that opinion as news, nor to have it published in specific privately-owned news sources.

But I’m with both Edward Snowden and Tim Cook in believing that the best way to fight fake news is not with censorship, but with truth. Here’s what Snowden had to say:

Once again, @Snowden totally nails it. The answer to #fakenews is not censorship, but critical thinking. pic.twitter.com/NkR18vCJCT

In a recent Telegraph interview, Cook said that fake news was ‘killing people’s minds’ and called for greater education on the topic.

Cook believes this should be part of the curriculum in schools, not only to educate the next generation but because kids help to educate parents.

It’s almost as if a new course is required for the modern kid, for the digital kid. In some ways kids will be the easiest to educate. At least before a certain age, they are very much in listen and understand [mode], and they then push their parents to act. We saw this with environmental issues: kids learning at school and coming home and saying why do you have this plastic bottle? Why are you throwing it away?

If tech companies find themselves in the position of being the primary – or even sole – supplier of news to their customers, it’s no longer good enough for them to simply shrug and claim to be mere intermediaries, not responsible for the content of that news.

What can they do? Replace heat with light. When a claimed news source has a bias which can be factually proven, ensure that bias is clearly spelled out to readers. When a claimed fact is demonstrably false, post a fact-check notice alongside it. When they can see that someone is getting all the news from one particular angle, suggest other sources that will help them in getting a more balanced view of an issue.

Ultimately, if someone wants to read exclusively from either Rabid Right Report or Loony Left Letters, that is their choice and nobody should prevent them from doing so. But what Apple and other media sources should do is ensure that readers know their sources are biased, are given factual retorts to false claims and are educated as to alternative sources of information.

Nor are you and I off the hook. I know many of us try our best to avoid getting drawn into political wrangling, but it’s reached the point where being a passer-by is no longer an acceptable option.

We need to fact-check our own news sources, of course – certainly before sharing anything on social media. But I think we need to do more. Where we see nonsense being passed off as fact – and that nonsense is directly influencing decisions regarding the kind of country and the kind of world in which we live – I think we have a responsibility to speak up. Calmly, quietly, without ad hominem: but speak up all the same.

As ever, we welcome your views, but given the controversial nature of the topic, we do ask that posts are respectful of opposing views and those expressing them.