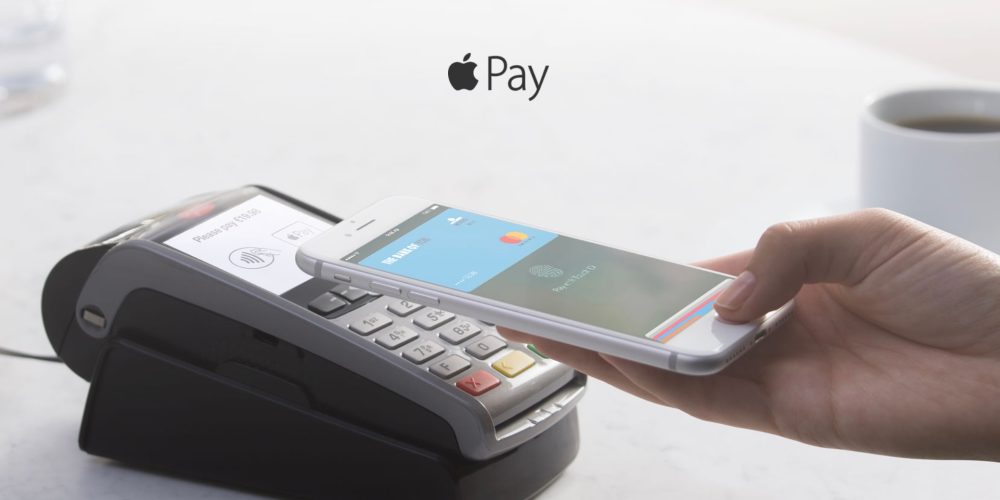 As we reported exclusively last night, Apple Pay is now live in Ireland. The service allows iPhone and Apple Watch owners to use the NFC chips in their devices to pay for their shopping at contactless terminals in retail stores across the country.

Apple Pay requires iPhone 6, iPhone 6s, iPhone SE, iPhone 7, or any Apple Watch, and is launching with support for Ulster Bank and KBC in Ireland. Apple has also announced that the service is coming soon to Italy.

To start using Apple Pay contactless payments, go to the Wallet app on your iOS device and select Add a Card. Then you can use your camera to quickly scan the banking details into the system.

As long as Apple Pay supports the bank the card is associated with, it will immediately be available in the Wallet app. Use the Watch app to add a card to the Apple Watch Wallet.

Although Irish customers will no doubt appreciate the launch of Apple Pay in the country, the debut is hampered by the fact Apple has only managed to secure two banks, Ulster Bank and KBC, so far. Apple Pay in Ireland also supports the Wirecard Boon prepaid card system.

Major Irish banks such as AIB are yet to agree a deal with Apple, despite supporting Android Pay in late 2016. A spokesperson for AIB said that negotiations with Apple are ongoing but there is ‘nothing to announce at this time’.

On the other hand, a lot of merchants are advertizing support for Apple Pay in Ireland including major supermarkets like Marks and Spencers, Lidl, Aldi and Dunnes Store. Apple says there are thousands of compatible merchants across Ireland, helped in large part by the fact Apple Pay works at any payment terminal where standard contactless payments are already accepted. 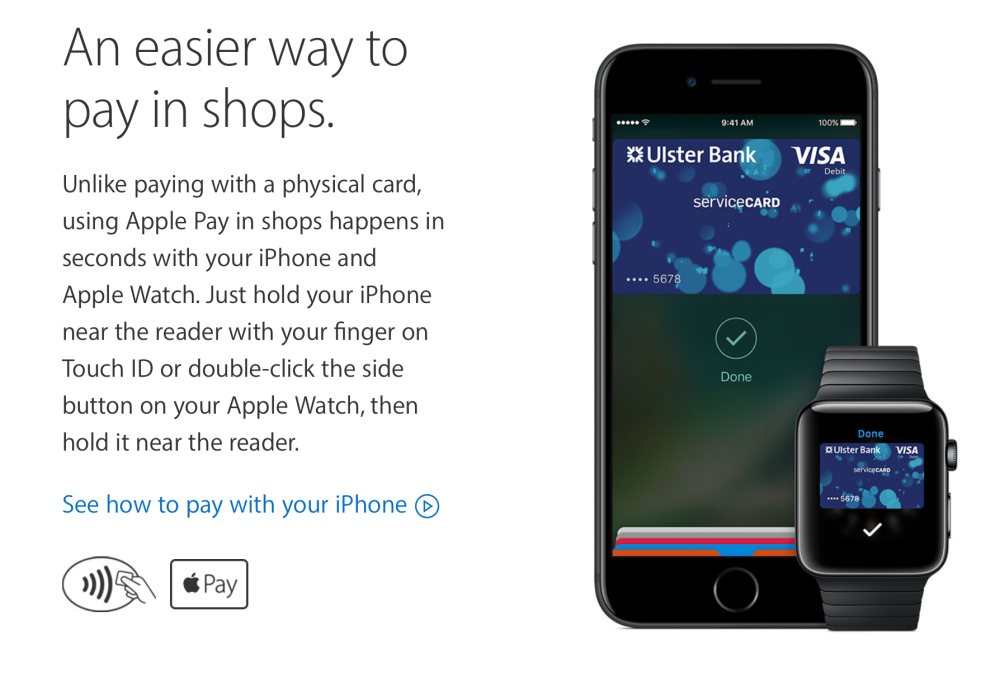 Using Apple Pay on iPhone is simple; just walk up to a contactless NFC terminal and place the iPhone on the reader. The iPhone will automatically wake up and show the bank card. Just use your fingerprint or passcode to authenticate and the purchase will go through. For Apple Watch, double-click the side button when you are ready to pay to display your Apple Pay card on screen. Then, hold it close to the merchant payment terminal to confirm the sale.

Apple Pay also works for purchases on the web and supporting apps on the iPad and Mac; contactless in-store purchases obviously require an iPhone or Watch.

As well as launching in Ireland, Apple has also updated its Italy Apple Pay page to announce the service is coming soon to the country. The service will debut (soon) in Italy with Boon, UniCredit and Carrefour Banca.