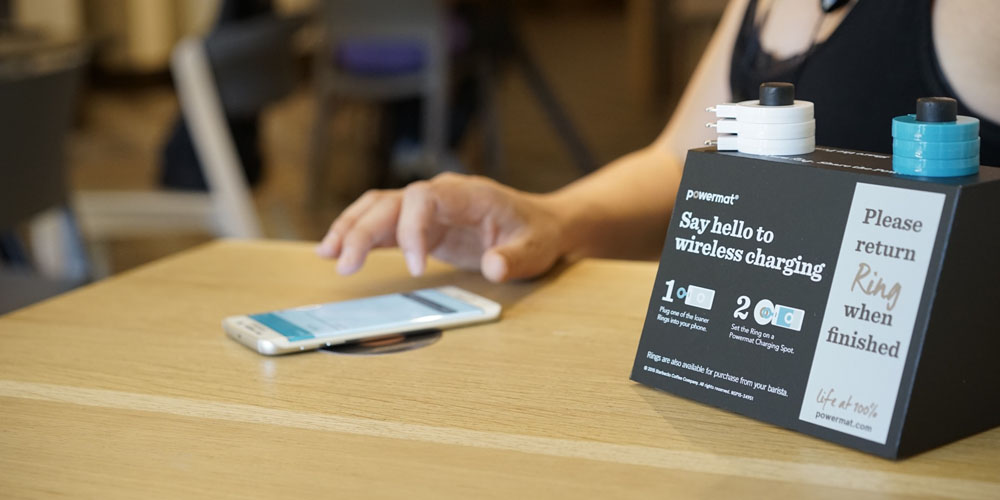 While all the signs are pointing toward Apple bringing wireless charging to all three of this year’s iPhones, there are still a lot of question marks out there – one of which is compatibility with existing charging kit.

One of the biggest suppliers of wireless charging mats for everything from cars to coffee shops is seeking to offer reassurance there, stating that it plans to support ‘whatever wireless charging protocol Apple employs’ …

Apple’s decision to join the Wireless Power Consortium was taken by some to mean that it would adopt the Qi standard, but as we noted then, that isn’t necessarily the case. The Apple Watch charger, for example, uses a tweaked version of Qi that means it doesn’t work with normal Qi chargers.

However, Powermat is aiming to ensure its own chargers will work with whatever system Apple adopts.

In the wake of recent news that Apple has joined the Wireless Power Consortium, Powermat announced that the company would be ready to support iPhones with whatever  wireless charging protocol Apple employs.

Powermat chargers are used in more that 12,000 public places – like Starbucks coffee shops – and more than a million GM vehicles.

It isn’t certain that Powermat will be able to deliver on this goal. If Apple again uses a proprietary version of Qi, or goes its own way entirely, it’s definitely possible that patents would prevent third-party companies from offering compatible chargers. But it seems more likely than not that Apple would want to license the system, at least for use in places like coffee shops and airports, to provide iPhone owners with convenient access to top-up charging while out and about.

There had been hopes that Apple might have been holding out for long-range wireless charging, but recent indications are that the company has instead been forced to opt for conventional inductive charging as it became a ‘must have’ feature.