Comment: Unless Apple pulls a rabbit from the hat, inductive wireless charging is too little too late 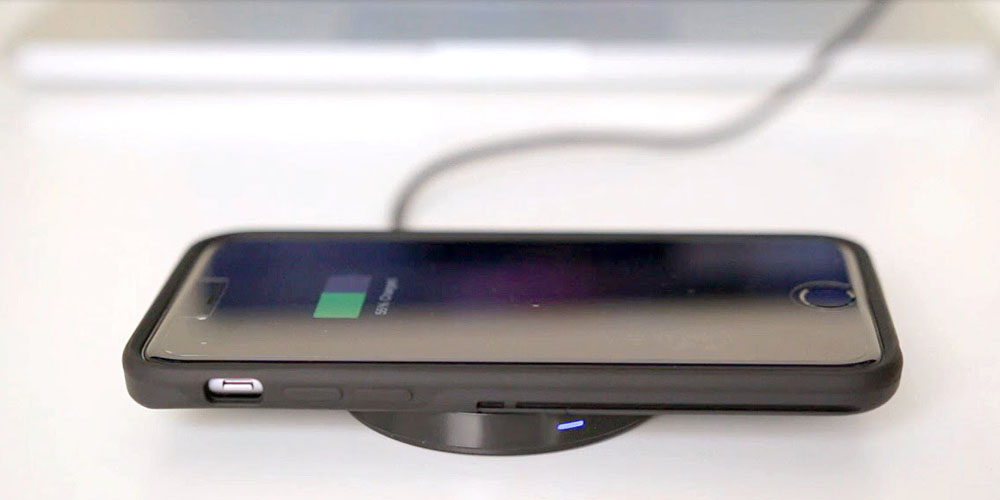 Apple is rarely the first to adopt a new technology. From smartphones themselves to fingerprint readers, Apple’s usual approach is to sit back and watch what other companies do, then aim to produce a better version some way down the line.

With smartphones, Apple watched other companies launch devices which required a stylus, and then created one that could be used with your finger. With fingerprint readers, Apple looked at ones what required you to roll your finger across an optical reader and then created a far more reliable one-touch capacitive sensor. And so on.

For a long time, it looked like it was doing the same thing with wireless charging – but that now seems in some doubt …

As I wrote back in 2015, inductive wireless charging is a very half-hearted solution. For a start, it isn’t really wireless in any meaningful sense of the term. You still have a visible wire which needs to go all the way to your phone, it’s just that it goes to a charging pad instead of directly to the handset.

While you can argue that it’s more convenient to simply put your phone down on a pad than to have to plug in a cable, that’s swings and roundabouts: a cable lets me continue to use my phone while I’m charging it. Pick it up from a pad, however, and it’s no longer charging.

Apple does of course use inductive charging for the Watch, but that use makes sense. It’s a much smaller device, so you don’t want to have a (comparatively) huge charging socket in the side of it, and most people find that the Watch comfortably makes it through a full day, so you don’t need to charge it during use.

I said then that, where the iPhone was concerned, Apple was quite right to ignore inductive charging and wait for a better solution.

There were at the time a couple of alternative technologies on the horizon that seemed possible candidates for addressing the charging problem. The first of these is fuel cells: a different form of battery that can power an iPhone for a week and a MacBook for a month. As I mentioned last time, Apple has a patent on using fuel cells in portable electronic devices, and has reportedly been working on it for some time.

But while fuel cells last much longer than batteries, replenishing them is more expensive and less convenient than recharging a conventional battery. Which is why an alternative form of wireless charging seemed a much likelier bet: RF charging.

RF charging uses radio signals – which could even be Wi-Fi ones – to provide long-distance wireless charging. Distances of 15-20 feet have been demonstrated, with suggestions that it may work up to 30 feet. Put a charger or two on the wall, or even incorporate them into existing devices like iMacs and TVs, and you have a true wireless charging solution.

With a few of these chargers in a house or apartment, you can effectively blanket your entire home in wireless power, allowing all your compatible devices to be charging wherever they are and whether or not you are using them. Bye-bye visible cables.

Until recently, it seemed like that was what Apple was waiting for. A company called Energous demonstrated the technology a couple of years ago, using an iPad to control it. There seemed to be evidence of Apple partnering with Energous (though the company sort-of denied it at the time), with another link later found to an Apple supplier.

Energous even announced a delay to the launch of its technology as a result of a ‘key strategic partnership‘ rumored to be with Apple.

The evidence all seemed to be pointing in the same direction: Apple was ignoring the older wireless charging tech being used by competitors, and appeared to have links to a far superior technology. It made perfect sense that it was waiting until it could offer long-distance charging.

A recent contract, however, appeared to suggest otherwise. That contract was for a component reportedly used in conventional inductive charging. We also today learned that Apple has joined an industry group set up to promote Qi charging – the same pad-based inductive charging system other smartphone manufacturers have been offering since 2009 (the Palm Pre), and which Apple’s arch-competitor Samsung first offered with the Galaxy S4 back in 2013.

For Apple to offer the exact same tech in 2017 would, in my view, be way too little, way too late. Not only that, but if Apple does the same as it did with the Watch – adopt Qi tech but tweak it to make it incompatible with non-Apple chargers – then it would lose one of the key benefits of the standard: the ability to use any of the existing public chargers out there in coffee shops, airports and the like.

If Apple really does intend to offer Qi-based short-range inductive charging, it had better have some rabbit to pull out of the hat to make its version of the technology worth the wait …