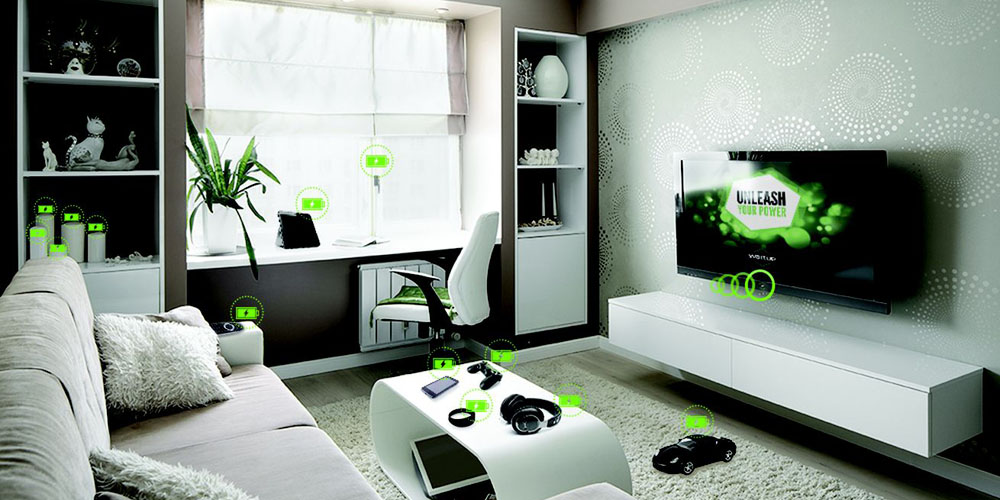 Persistent reports that Apple is working on introducing long-range wireless charging technology in the iPhone 8 may be overly optimistic, suggests a new report.

Long-range charging would free devices from the need to be placed onto a charging mat, allowing them to be charged anywhere from three to twenty feet away from a charger. Bloomberg first reported that Apple was working on this tech almost a year ago, and there have been multiple suggestions since then of a tie-in with Energous, whose WattUp technology raises the prospect of iPhones being charged anywhere within a room.

Two particular reports seemed to add weight to this claim, as a key Apple supplier partnered with Energous before the company announced a ‘key strategic partnership‘ three weeks ago. However, analysts writing as Copperfield Research believe that Apple’s plans for the iPhone 8 may be less ambitious …

Copperfield Research is a pseudonym for an unknown group of financial analysts, so it’s unclear how much weight should be given to its pronouncements. The report’s author also discloses a short position in Energous, which would see them make financial gains should the company’s stock price fall. But the report does present sufficient evidence for its position to make it at least worth considering.

First, it notes, Apple’s most recent wireless charging patents all focus on various forms of inductive charging, rather then the RF-charging used by Energous.

Apple has filed more than 16 patent applications covering aspects of inductive charging, which is the magnetic coil based wireless charging used in Samsung phones and Apple Watches. As a reminder, WATT’s technology uses RF waves.

The extensive Apple patent portfolio covers both the design and manufacturing of coils, as well as transmitters and receivers. Further, Apple’s engineering focus in its patent filings explicitly incorporates inductive charging into handsets.

Apple patents are, of course, not necessarily any guide to the company’s plans: it patents a great many things that never make it into products, or which simply deny technology to competitors.

It strikes us as pretty clear that Apple is going down the road of a custom ASIC (similar to how they approach touchscreen controllers), which is low margin business IDTI management has previously indicated they wouldn’t even bid on. That said, we would treat wireless charging on the 2017 iPhone (if it happens, which seems likely) as a big positive for IDTI. We believe IDTI has multiple design wins with important OEMs outside of Samsung for 2017 models and that it will be difficult for many handset makers to justify not including the feature if both Apple and Samsung have it. And if Apple goes the custom ASIC route (with someone like TI, Broadcom, etc.), we would not treat this as net new merchant competition since the part would be custom to Apple.

Notably, IDTI is not suggesting that it would be in line to win the component business from Apple, but is merely arguing that Apple adopting inductive charging would make it a must-have feature on other smartphones.

Third, Apple specifically argues against Energous-style RF charging in one of its inductive charging patents. The patent points to three drawbacks, one of which is potential radiation hazards to people and animals.

The technology is inherently inefficient delivering energy because massive power is lost in transmission.

The complication of forcing a charging source to track charged devices and steer radiation to them (which Apple notes still fails if an object blocks the line-of-sight between the transmitter and the device being charged).

The radiation poses hazards to people who find themselves in the path of such directed radiation beams.

The relevant except from the patent can be seen below, and all the cited patents are listed in the report.

Finally, the report says, the bridge rectifiers cited in a recent supply-chain rumor would be needed for an inductive charging solution, not an RF one.

Copperfield does acknowledge the likely existence of some kind of deal between Apple and Energous, but suggests that Apple simply wants to keep WattUp technology out of competitor smartphones.

While it seems hard to believe that Apple would wait so long to introduce a feature which merely replicates what is already available in competitor phones, some patents do suggest the company may be planning an approach which improves on charging mats but falls short of long-range through-the- air charging.

One patent shows an iPhone being charged by resting on the area to the side of a MacBook trackpad, while another describes how an entire table could be turned into a charging mat – though this latter one looks like it may be aimed at Apple Stores rather than homes.

If the report is right, it would certainly be disappointing. In a recent poll, long-range wireless charging was cited as the most exciting rumored feature of the iPhone 8. How would you feel about a more limited approach? Please take our poll and let us know your thoughts in the comments. 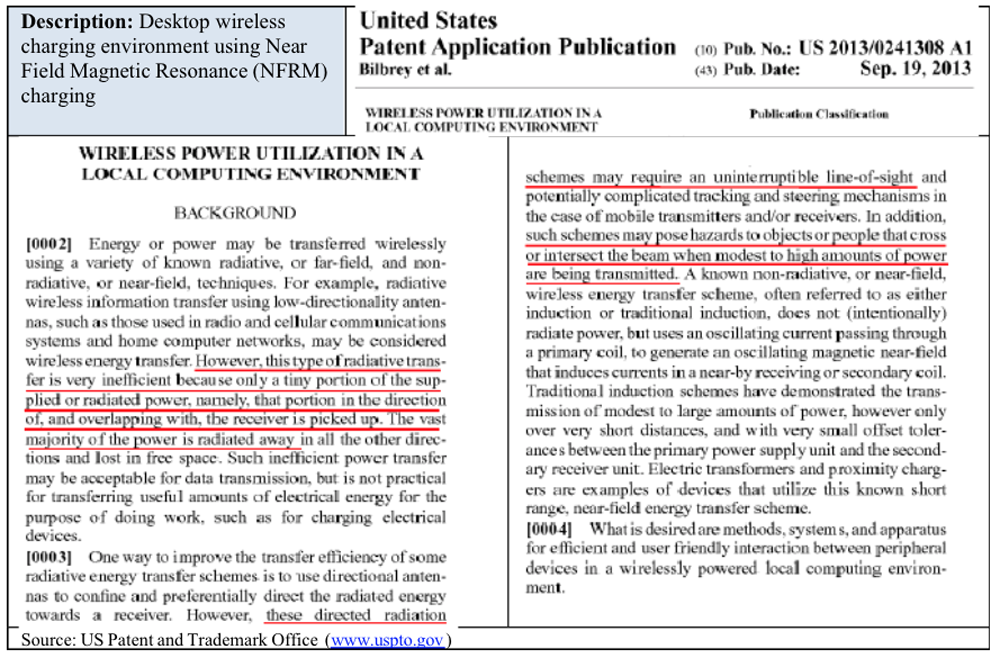 The Apple patent where the company argues against RF charging