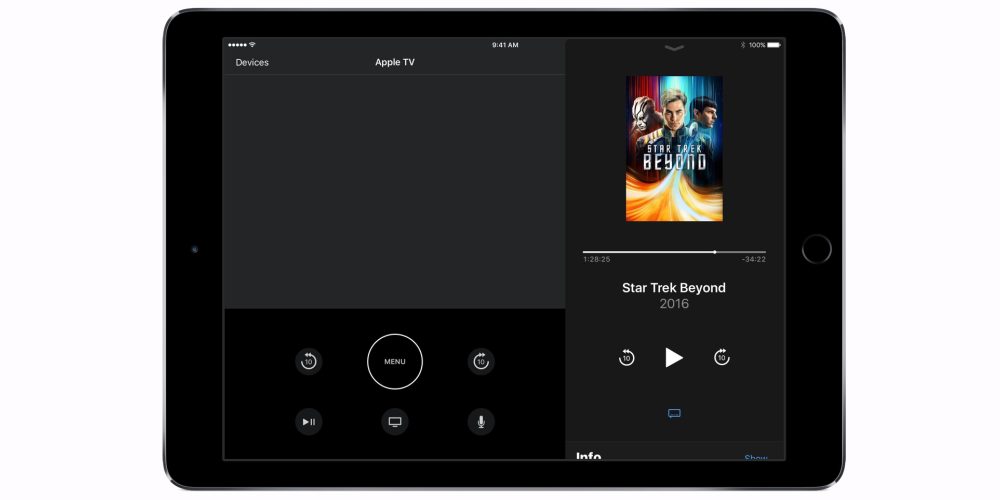 Apple TV Remote for iOS has been updated with iPad support as expected. Apple TV users can use this app to control navigation and interact with Siri just like with the physical Siri Remote. Apple has also improved how Now Playing works with the latest update:

• Support for iPad • Enhanced Now Playing experience with lyrics and playlists for music and chapters, audio tracks, and captions selection for movies and TV shows • General performance and stability improvements

Remote Pro Tip: On iPad, press-and-hold the button area to move it to the left, right, or center of the screen. pic.twitter.com/59RtHnzFrA

Apple TV Remote was previously only available for iPhone and iPod touch; the app scaled up for iPad users and the previous iTunes Remote app lacks Siri features.  Apple TV also has a new software update today with tvOS 10.2 now out of beta and available for all users.

Apple TV Remote for iOS is available for free on the App Store. Apple has also updated its Logic Remote iOS app with bug fixes and performance improvements.