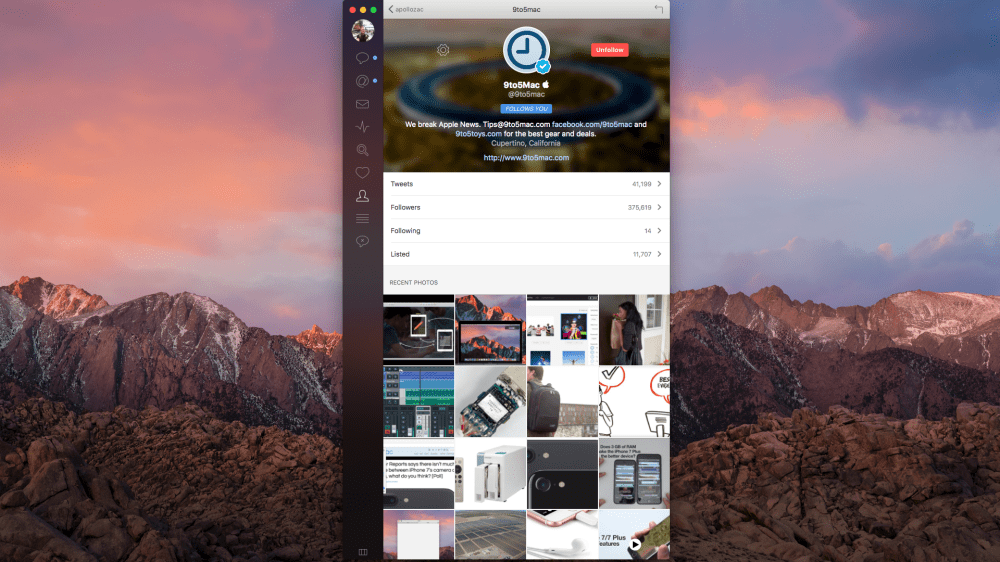 Keeping up with recent Twitter API changes, Tweetbot for Mac today has been updated with a handful of new features. The update bring the app to version 2.5 and includes features such as @ usernames no longer counting towards the character limit.

First, the update to Tweetbot for Mac adds support for sending images via direct message, a feature that was introduced to Twitter’s API not too long ago. This means that users can now direct message images via Tweetbot, just as they would with Twitter’s official applications.

Furthermore, with today’s update, Tweetbot for iOS will no longer count @ usernames in the 140-character limit. Twitter first introduced this feature, to mixed reactions, last month, and now Tweetbot users can take advantage of it.

Among other features included in this updater the ability to do a “Classic” reply, so usernames here will still count towards the limit. The update also fixes a trio of bugs. The full changelog is below:

Today’s update to Tweetbot for Mac comes just a few days after Tweetbot for iOS was updated with improvements and bug fixes, as well.

Tweetbot for Mac is available on the Mac App Store for $9.99.