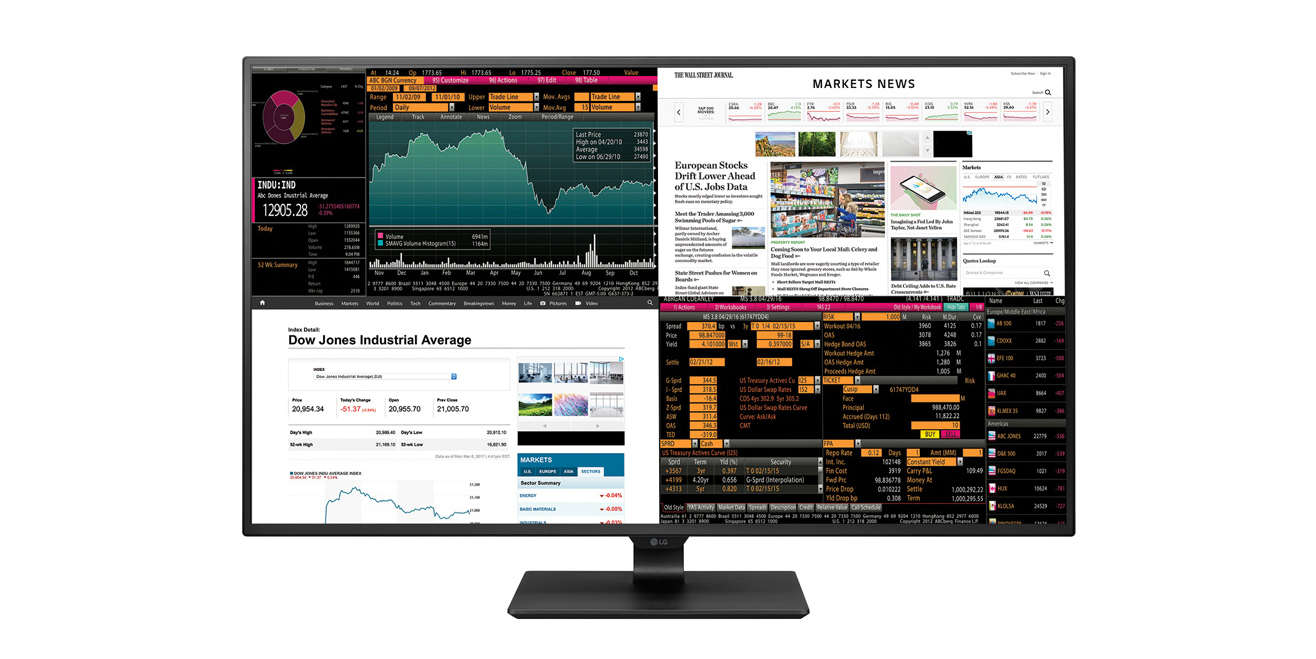 Ever since Apple made the decision to leave the display game (and subsequently return), we’ve seen an abundance of new releases from brands like Philips, LG and others trying to fill the void. Today, one of those major players is returning with another fresh announcement.

LG has quietly unveiled a new 42.5-inch 43UD79-B 4K IPS monitor with its FreeSync technology. Designed as a slightly more budget-friendly alternative to its UltraFine 5K display, this release has a few special tricks up its sleeve. Most notably is the inclusion of four HDMI inputs as well as support for USB-C connectivity. All this comes in at a sub $700 price tag…

While Mac users may be intrigued, there’s no denying that LG’s latest is a direct play at gamers too. Its FreeSync technology offers variable refresh rates but the monitor will also offer gaming-focused features like Game Mode, Black Stabilizer, and Dynamic Action Sync. Despite all this, the display’s 60Hz native refresh rate will likely fall outside of most gamer’s ideal specs.

What LG is doing on the connectivity side of things really is impressive. The complete breakdown goes like this: two HDMI 2.0 inputs that support 4K 60Hz, two HDMI 1.4 4K 30Hz inputs and a single DisplayPort 1.2a that is also 4K 60Hz. The built-in USB-C port can also support a DisplayPort signal.

All of those inputs combine to create a very unique split-screen workspace. Users can display up to four inputs at once in a variety of arrangements, or you’ll be able to go picture-in-picture with each source as well. What’s even better is LG’s Dual Controller feature. This allows users to plug in a keyboard and mouse to the USB 3.0 downstream ports and switch back and forth between devices without detaching any hardware.

Aside from the built-in two port USB hub, there are dual 10W Harman Kardon speakers with passthrough for headphones. Like any monitor these days, you’re not going to get much power in the way of built-in audio.

LG is expected to launch its latest release in Asia on May 19th. However, we’re already seeing authorized retailer listings pop up here in the United States as well with a $697 price tag. The official MSRP has yet to be confirmed, but we’re expecting it to ultimately ship somewhere in that range.