AAPL stock down 1.7% in pre-trading as iPhone sales miss expectations; suppliers hit too 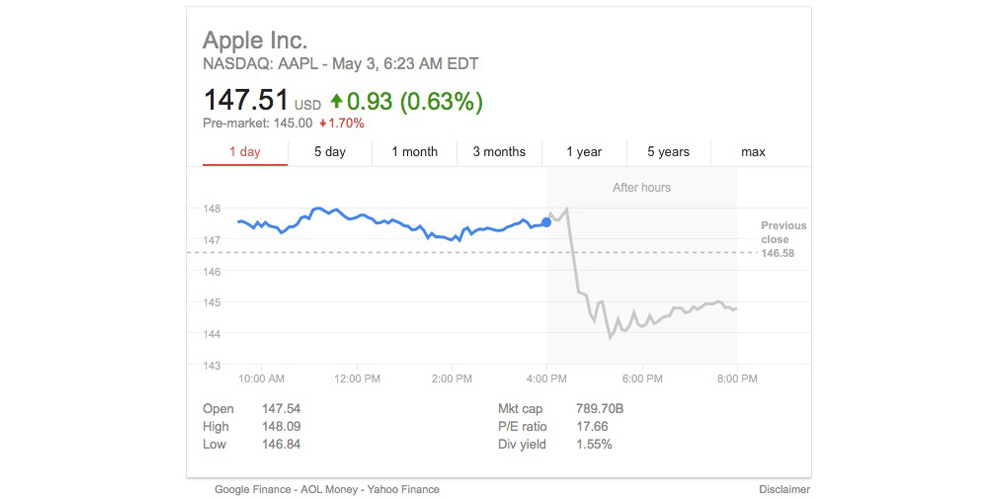 As of the time of writing, AAPL stock was down 1.7% in pre-trading following the company’s announcement that Q2 iPhone sales had missed expectations. Sales were down 1% year-on-year, though a higher average selling price meant that iPhone revenues were up by the same percentage.

Shares in Dialog Semiconductor, which provides power management systems for Apple, fell 3 percent, among the top European fallers on the day […] Imagination Technologies, a British designer of graphical processing units used in smartphones, was down 0.5 percent […]

Imagination and Dialog had already been hit by Apple’s plans to shift to in-house design for its iPhone GPUs and power-management components respectively. Dialog is particularly vulnerable, relying on Apple for 74% of its revenue.

Tim Cook blamed the slight fall in iPhone sales on customers waiting for the iPhone 8 – though he didn’t quite use that wording.

We’re seeing what we believe to be a pause in purchases of iPhone, which we believe is due to the earlier and much more frequent reports about future iPhones. That part is clearly going on. We are saying that in full transparency.

It had been expected that the iPhone would maintain the growth restarted in Q1 after three straight quarters of decline.