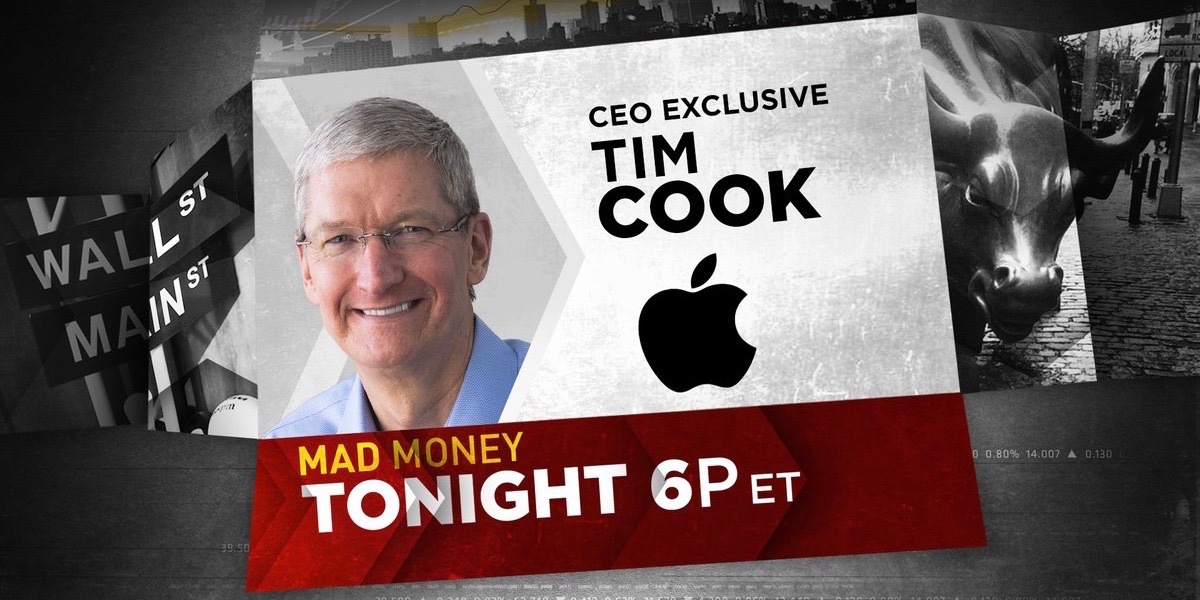 CNBC has announced that it will have an exclusive interview with Apple CEO Tim Cook tonight on Mad Money with Jim Cramer. The sit down interview will air at 6pm ET and follows yesterday’s quarterly earnings report.

Cook joined Cramer for a post-earnings interview this time last year as well to reassure investors after an earnings miss that upset Wall Street. This year it’s largely the iPhone that Apple is addressing as sales slipped year-over-year and came in slightly below Apple’s high-end estimate.

During the earnings call, Cook referenced iPhone 8 rumors in part as cause for what he described as a pause in iPhone sales.

The new interview airs tonight at 6pm ET on CNBC. In the meantime, check out Cook’s year ago appearance on the same program below:

[UPDATE: CNBC has shared a preview of the interview where Cook continues to cite next-gen iPhone rumors for lower than expected iPhone sales.]