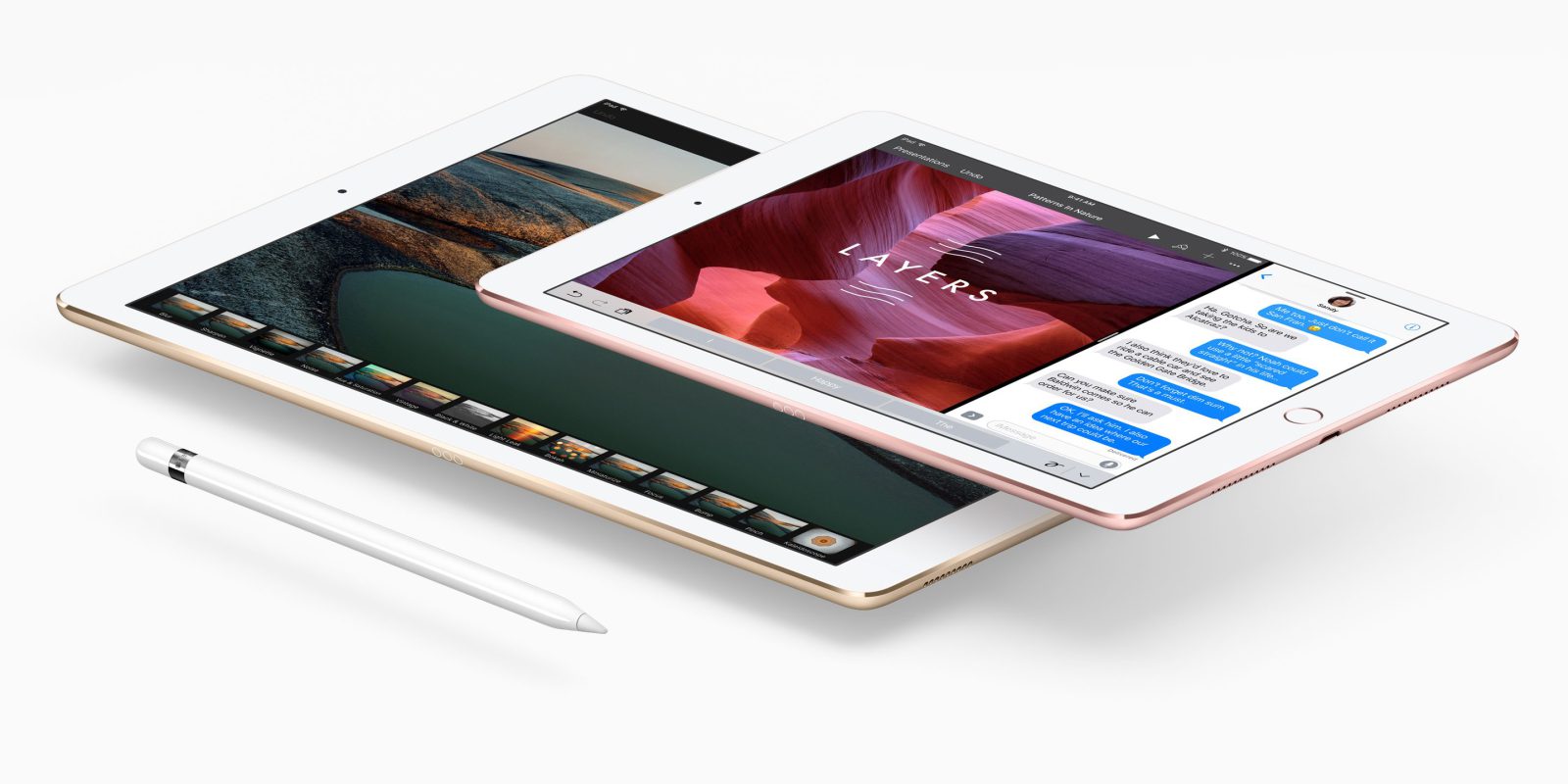 Apple reported this week that it sold 8.92 million iPads in the most recent quarter which is down from 10.2 million iPads sold in the same quarter a year ago. New data from TrendForce shows that Apple is still number one among the top five tablet brands, however, as global tablet sales dropped 9.3% year-over-year. The report also believes Apple could have a positive quarter now with the newly released $329 9.7-inch iPad and a rumored high-end replacement coming soon.

Apple’s 13% year-over-year drop in iPad sales only briefly included a new product release. Year ago sales included a newly launched 12.9-inch iPad Pro and launch sales for the 9.7-inch iPad Pro compared to this year where flagship iPads have not been updated and the new entry is a cheaper model with fewer features.

As for the rumored 10.5-inch iPad that’s expected to replace the 9.7-inch iPad Pro as the flagship model, rumors initially expected that model to be introduced as soon as this quarter, although expectations seem to have cooled with a release later this fall possible.

Apple will be competing with 9.9 million iPads sold in the current year ago quarter if it expects to see year-over-year growth in shipments. Can the $329 iPad get Apple there without introducing a new flagship tablet is the question… 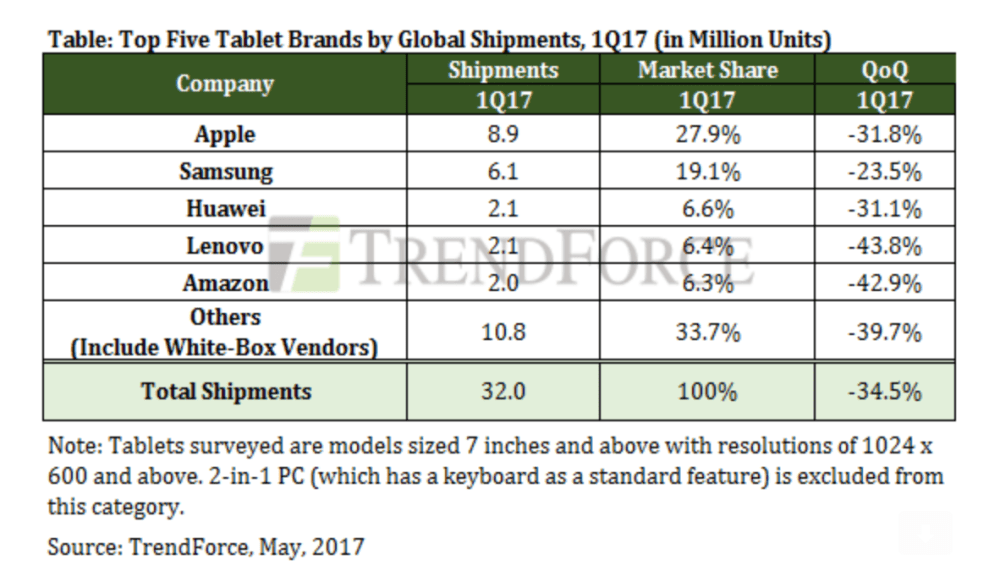 Separately, IDC has released new data that claims global tablet shipments are declining because of a slow migration from slate tablets to detachable tablets. TrendForce’s data excludes 2-in-1 PCs.)

IDC cites the original iPad in 2010 as creating the slate tablet market:

“As far as most are aware, the tablet market was created in 2010 with the launch of the original iPad, despite unsuccessful product attempts by other OEMs in the years leading up to this,” said Ryan Reith, program vice president with IDC’s Worldwide Quarterly Mobile Device Trackers.

But points to consumers not upgrading or buying tablets as a current trend:

“The rate at which the tablet market grew from 2010 to 2013 was unlike many other consumer-oriented device markets we’ve seen before. However, it appears for many reasons consumers became less eager to refresh these devices, or in some instances purchase them at all. We continue to believe the leading driver for this was the increased dependency on smartphones, along with rather minimal technology and form factor progression.”

This product line quickly elevated Apple to the top of the growing detachable tablet market segment, and IDC believes Apple is in a good spot to remain competitive at the top of this segment despite using a ‘mobile OS’ while many of its competitors are entering the space with Windows-based devices.

Check out our hands-on with the most recently released iPad to see Apple’s latest addition to the lineup: