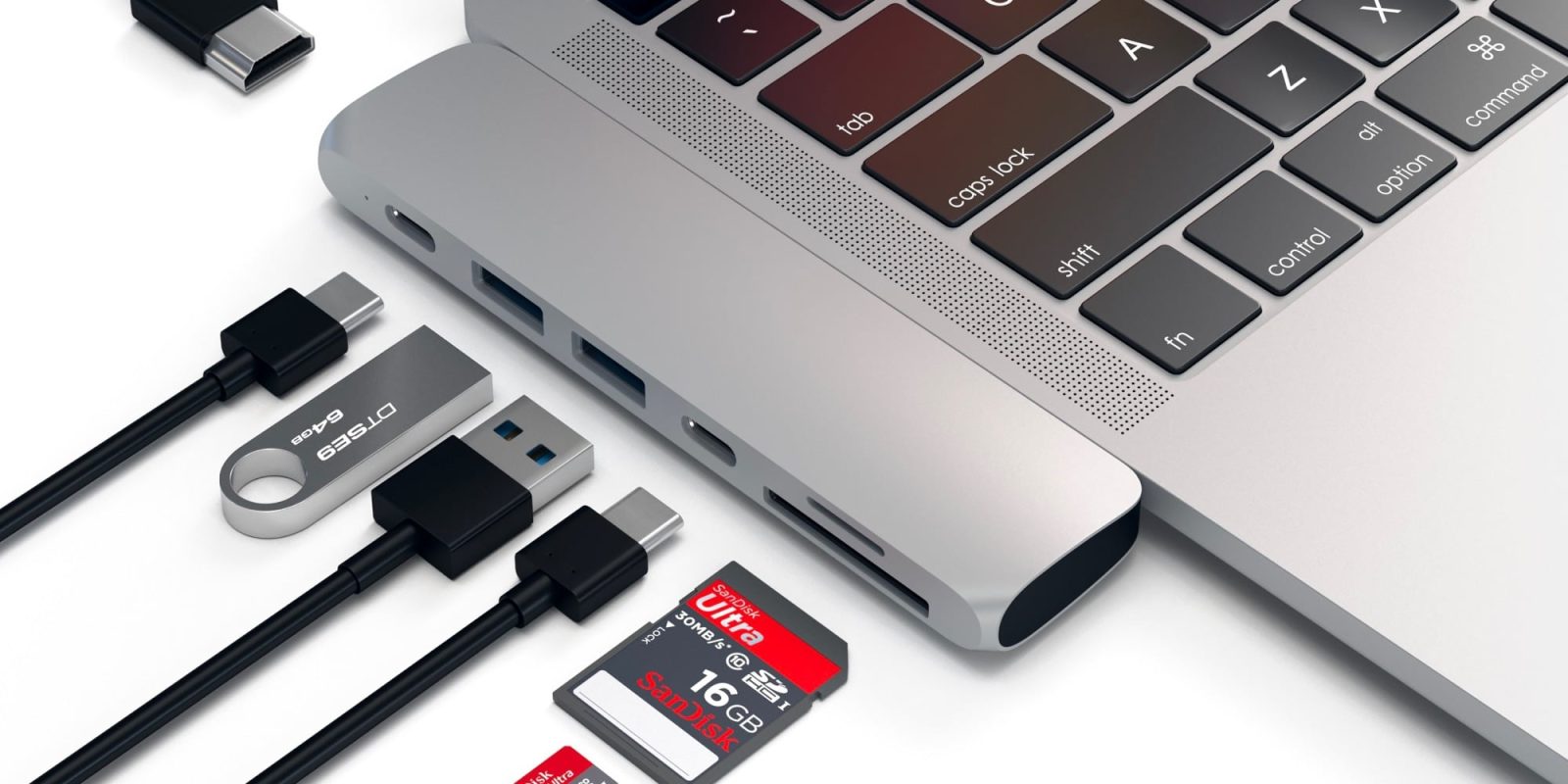 Satechi has just announced the availability of its take on the USB-C hub for the 2016 MacBook Pro. While USB-C ports may be standard in a few years, today they’re just not, and many creatives still rely on external hubs to get their work done. Satechi’s new aluminum Type-C Pro Hub will bring back the ports and expansion power users need.

When Apple released the 2016 MacBook Pro with Touch Bar, many eschewed the system for its lack of standard ports. Featuring four USB-C ports, in a world still dominated by standard USB 3.0, buyers of the new MacBook Pro would be limited by the I/O. One solution would be to dongle everything, but that could make for an inconvenient carry and potentially big cost.

Satechi’s new Type-C Pro Hub works with both the 13 and 15-inch MacBook Pro models. By utilizing two of the USB-C ports on the new MacBook Pro, the Pro Hub brings more versatile options for power users. The Pro Hub features the following ports: one HDMI, one Thunderbolt 3, two USB 3.0 ports, one USB-C port, an SD and a microSD slot.

Satechi shares that the Thunderbolt 3 port supports pass-through charging for both the 13 and 15-inch MacBook Pro and data speeds up to 40 Gbps. The HDMI port supports both 1080p @60Hz and 4k @30Hz resolutions.

The Satechi Type-C Pro Hub is available now in Silver or Space Gray colors for $99.99.

This isn’t the first USB-C based port expansion hub we’ve seen. We went hands on with the HyperDrive a few months back and took a look at what it could bring power users.