Hands on with a 10.5-inch iPad Pro case and dimension details

Following the leaks of the iPad Pro cases earlier this morning, we were able to get our hands on our own 10.5-inch iPad Pro case. The case, manufactured by Pelican, helps gives us clear direction on what to expect with Apple’s upcoming iPad Pro.

We spent some time with the case and compared it to Apple’s current 9.7-inch iPad Pro and Silicone Case.

The first question that arises when a case leaks is often whether or not the company that manufactured it is credible. Pelican, the maker of this particular case, has been making accessories for Apple products over the past few years. Its current lineup of iPad products all feature some sort of ruggedized protection for the tablet.

After reaching out to the company to confirm the validity of the case we have in hand, the representative wasn’t able to give us a clear answer. The supplier that we bought the case from ensured us that it was in fact real, and that they had recently received shipments of it. Based on Pelican’s history, we feel confident that this case is one that will come to market soon. 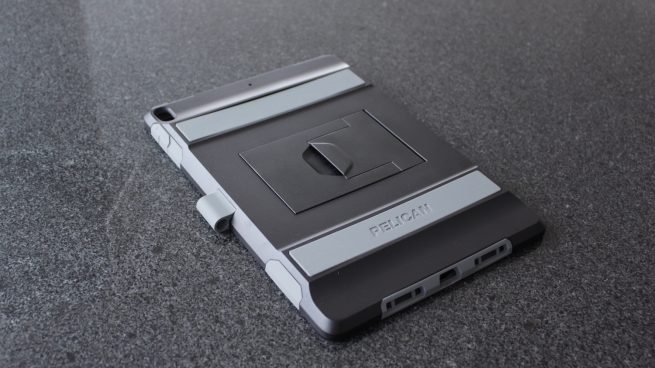 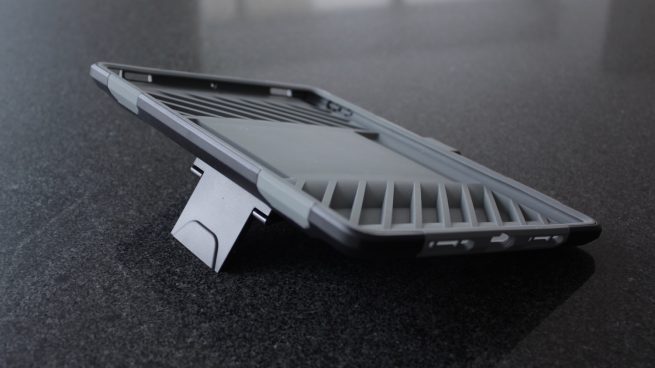 The Pelican case we got our hands on is ruggedly built with a Silicone interior, and hard plastic exterior shell. The protective design is something akin to OtterBox cases. It includes an Apple Pencil holder built into the side, and a built-in stand on the rear.

The first noticeable difference this case shows is the microphone’s location. Instead of the cutout being near the camera like current models, the case has a cutout for the microphone at the top-center rear of the case. This matches the layout of Apple’s latest $329 iPad, and falls in line with the leaks we saw earlier today.

Outside the microphone, the biggest difference has to be case’s size. Thanks to having one in hand, we were able to get measurements to estimate the upcoming iPad Pro’s size. 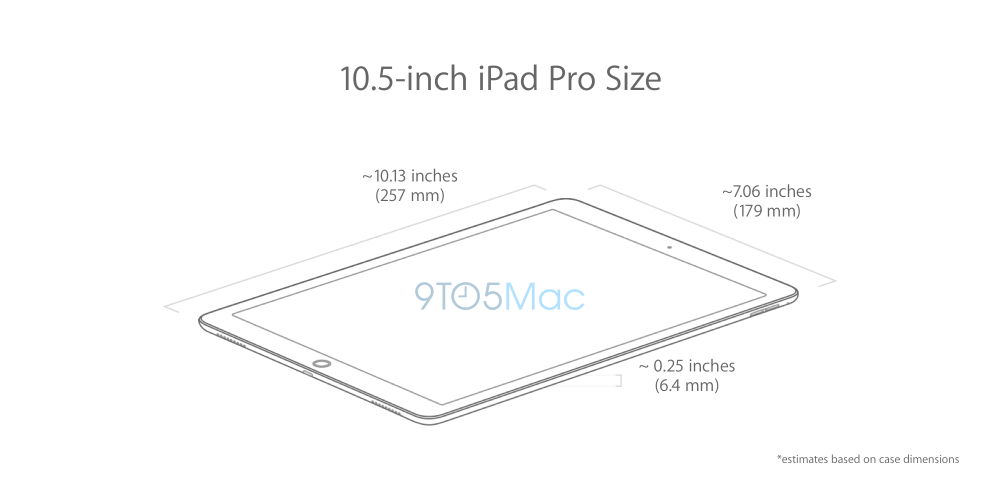 Based on the case’s measurements, we’re estimating that the 10.5-inch iPad Pro will have a length of 10.13 inches (257 mm), width of 7.06 inches (179 mm), and a thickness of 0.25 inches (6.4 mm). Though thinner bezels have been thought to come to the new iPad Pro, it will most likely be fractionally smaller. With an increase of nearly an inch diagonally, helping to fit that 0.8-inch larger display, the bezels may not be as thin as some have hoped.

In measuring we also discovered that the upcoming iPad Pro may not be getting any thicker. The current 9.7-inch iPad Pro comes in at 0.24 inches and the 12.9-inch at 0.27-inches. The measurements we took today show the 10.5-inch iPad will be roughly 0.25 inches.

Comparing it to the 9.7-inch iPad Pro 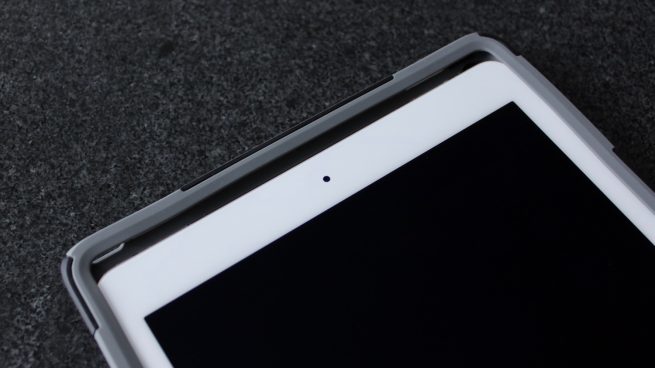 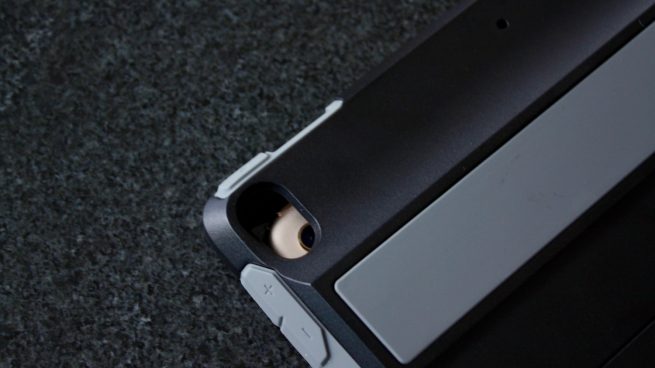 Nestling the 9.7-inch iPad Pro into the 10.5-inch case really gives perspective as to how much bigger the upcoming iPad will be. The 9.7-inch iPad Pro fit inside the case easily, with plenty of room leftover up top and a few millimeters to either side.

This small display size increase feels strange coming from Apple. With reports indicating that the iPad mini is being phased out, this leaves Apple’s iPad lineup all too similar. With no clear advantages between the sizes, it will be interesting to see what benefits Apple hopes this new 10.5-inch iPad Pro will offer.