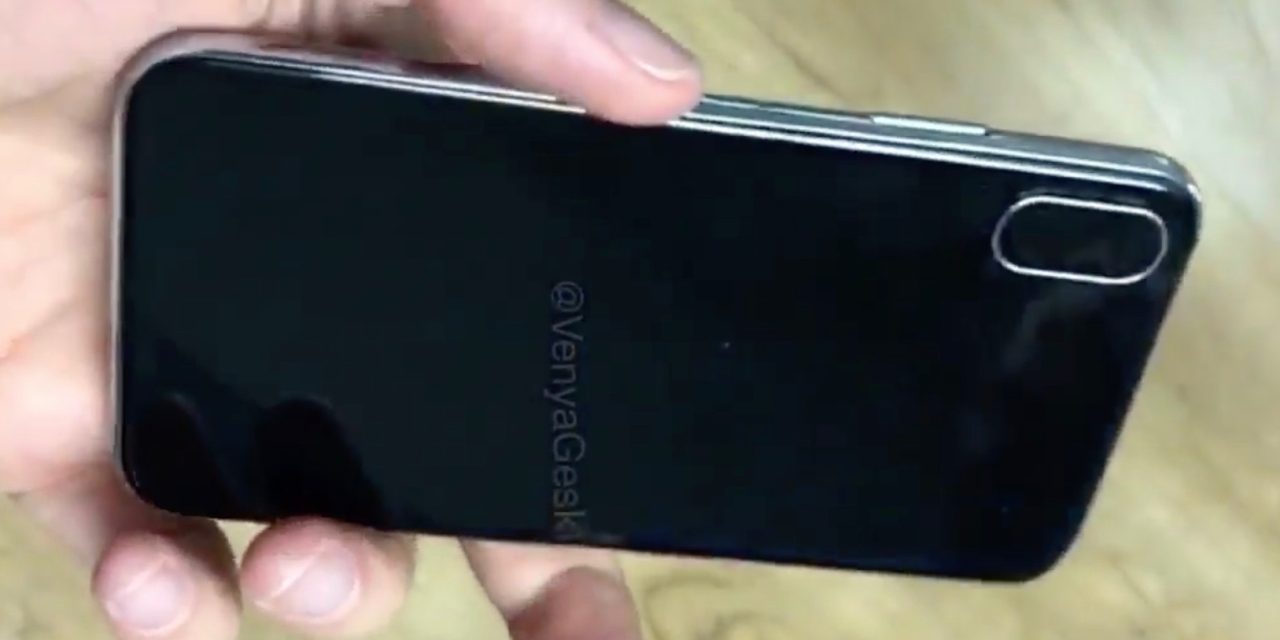 Last month we saw what may be the closest thing so far to the iPhone 8 design expected to be introduced later this year, and today what appears to be the same dummy unit has surfaced again in a hands-on video. The dummy unit shows off the edge-to-edge 5.8-inch display and taller body rumored for the iPhone 8, although this particular unit appears to have a little heft to it too.

Benjamin Geskin who has shared several leaks and renders of what may be the iPhone 8 this year tweeted the hands-on video with the dummy unit today. The video provides a rough idea of what the redesigned iPhone 8 could look like in person and when handled, although it’s unclear at this point how true to form the dummy unit will be.

The new iPhone is expected to have an OLED display for the first time as well as a glass front and back similar to the iPhone 4 and iPhone 4s, according to rumors over the past year.

While the next generation iPhone may also feature a premium stainless steel border that connects the two glass sides like the iPhone 4, the dummy unit that appears in Geskin’s video looks to be noticeably thicker than current iPhones.

Some reports have claimed the revised iPhone 7s and iPhone 7s Plus units could be thicker this year, although the same hasn’t been widely claimed about the premium iPhone 8.

Regardless of how thick the dummy unit may appear, however, Geskin shared last month that he believes the iPhone 8 will feature the same 7.1-millimeter depth as the current iPhone 7. Geskin also says the stainless steel border will be space black colored to match the front and back glass rather than stand out like the dummy unit shown.

You can catch up on all the latest iPhone 8 rumors and reports here for more.