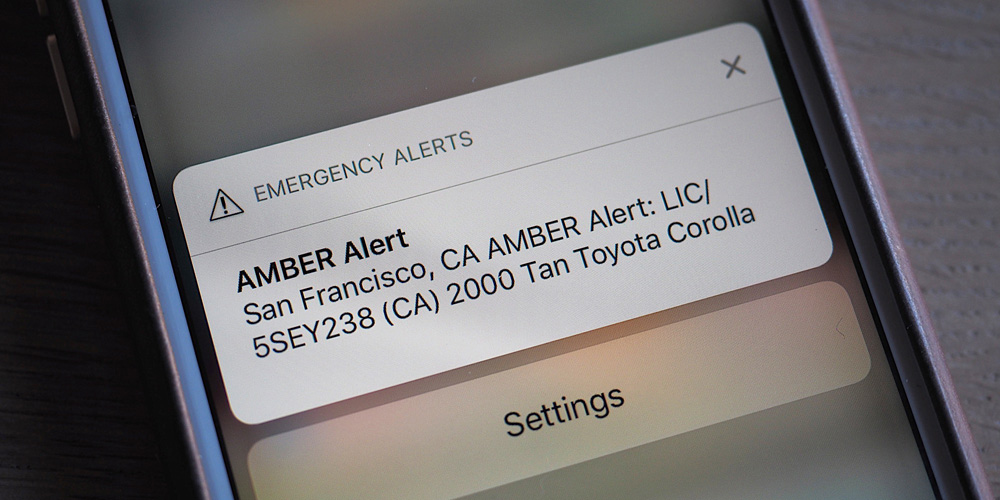 The National Center for Missing & Exploited Children says that a total of 857 children who were reported missing or abducted have been successfully rescued as a direct result of the AMBER alert program.

AMBER alerts are designed to get descriptions and vehicle details to everyone in the area as quickly as possible. They include television and radio appeals, but are notable for the text notifications sent to every mobile phone within range, known as Wireless Emergency Alerts …

As Engadget notes, these are not text messages, but are instead what’s known as Cell Broadcasts. For these, authorities don’t need to know your cell number or anything identifiable about you: the messages are automatically sent to every device within range of the cell towers that transmit them.

The huge advantage of Cell Broadcasts is that they are on by default, which means that almost every smartphone owner will receive them. They also have a unique and piercing sound, designed to cut through the clutter of other notification sounds.

In addition to child abduction cases,Wireless Emergency Alerts are sent for natural disasters, severe weather warnings and the like.

You can opt out, in Settings > Notifications > Government alerts, but they are used so infrequently and for such important messages that there’s really no reason to.

As of 2015, AMBER alerts are also sent through the Facebook app.