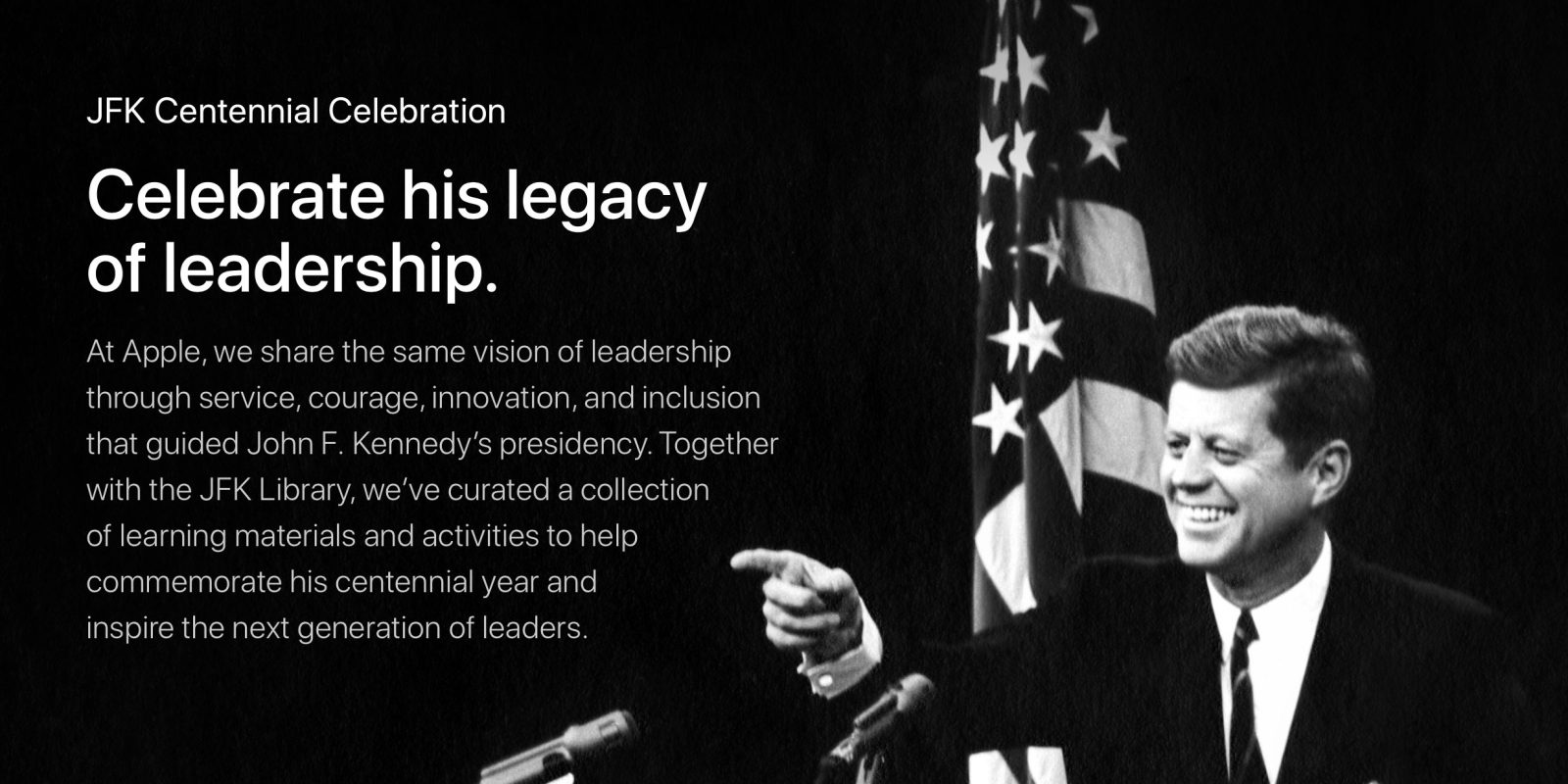 Apple has launched a featured page on its website this week to commemorate and celebrate JFK’s centennial year. The new webpage features JFK history on a variety of topics and values, along with an app and resources for teachers to help students explore and learn more.

Here’s how Apple describes the influence JFK has had on the company and its commemoration:

At Apple, we share the same vision of leadership through service, courage, innovation, and inclusion that guided John F. Kennedy’s presidency. Together with the JFK Library, we’ve curated a collection of learning materials and activities to help commemorate his centennial year and inspire the next generation of leaders.

Other notable JFK moments that Apple highlights include his 1961 inaugural address as well as his 1963 National Address on Civil Rights.

While it’s common for Apple to use its homepage to commemorate influential figures and specific holidays like Martin Luther King Jr. Day, this new page celebrating JFK falls under the company’s education microsite.

Apple has been increasing its education efforts across the company this year with its Today at Apple initiative in its retail stores, a new Swift development app curriculum, partnerships with third-parties, a new version of its Classroom iPad app, and an education bundle of its pro apps.