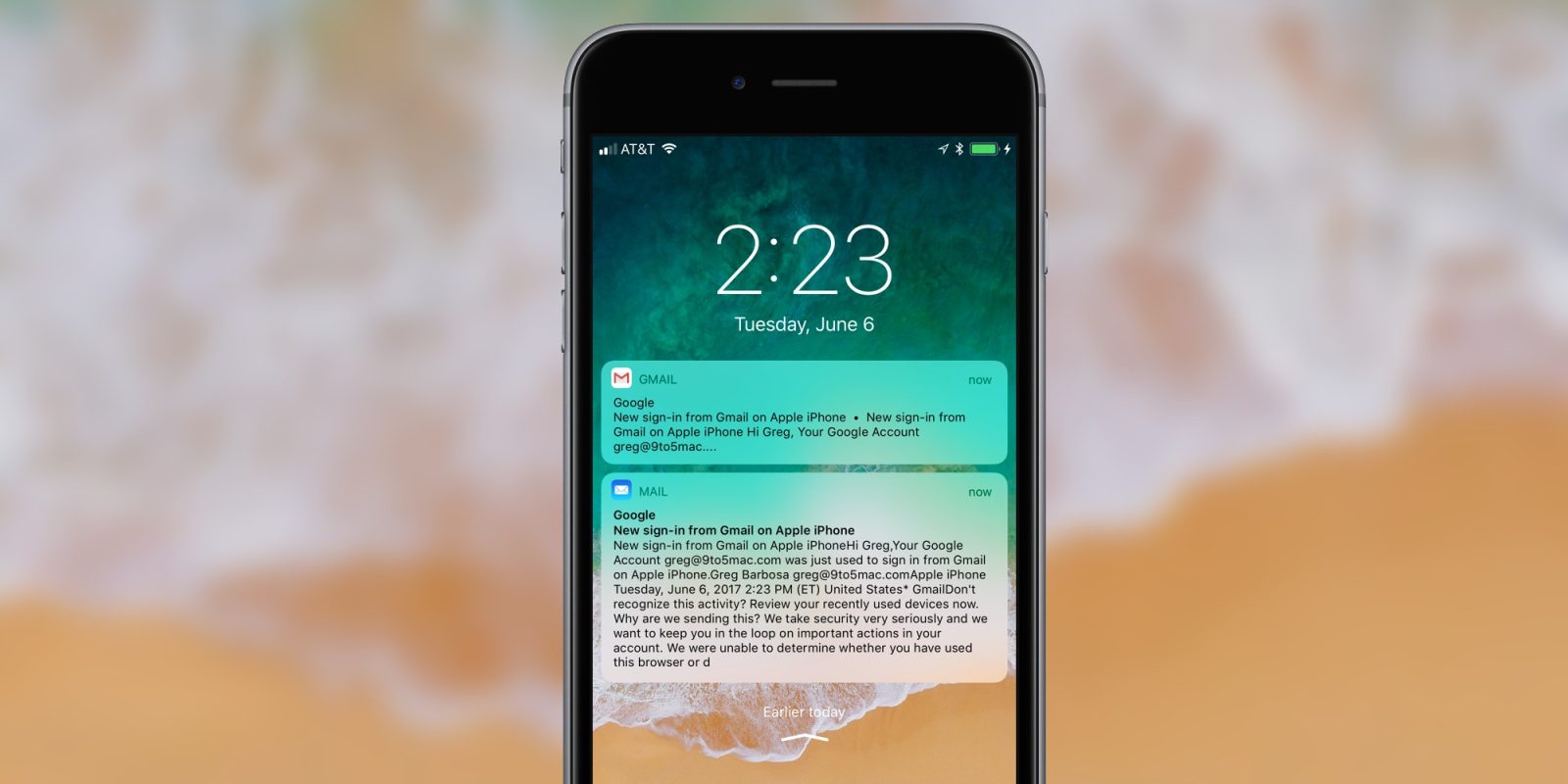 Gmail users rejoice as iOS 11 may have a solution for the long-standing push notification woes. No longer having to rely on a third-party app, users with Google email accounts should be able to jump back onto iOS’ native Mail app.

Some time ago, it appeared that Gmail’s push notification service with Mail on iOS hit a snag. Notifications were no longer arriving as quickly as before and suffered significant delays. The alternative option was to download Gmail or Inbox by Google in lieu of using iOS’ native mail app. With iOS 11, it appears that the push notification delay issues may have been resolved.

Users are reporting that push notifications with Google accounts configured in iOS’ Mail are coming in as quickly as the official apps. Previously with iOS 10, the only options for Google accounts were Manual and Fetch for new data deliveries. The Fetch option had 15 minutes, 30 minutes, hourly, or manual intervals. Under iOS 11, a new ‘Automatically’ fetch schedule option exists. Configuring the Google account using that schedule resulted in us seeing emails arriving as quickly as the official Google apps’ push notifications, if not a few seconds before.

Note: While you will receive a push notification for emails, this behavior is still using iOS’ fetch methods. According to the new Automatically schedule fetch option, “your iPhone will fetch new data in the background only when on power and Wi-Fi.”

Earlier today we reported on iOS 11’s ease of WiFi credentials sharing, and FLAC audio playback. Though we’re still in the early beta stages of iOS 11, small enhancements and fixes like these are welcome.

iOS 11 is currently in developer beta with a public beta expected later this month, though you may want to hold off on that install.