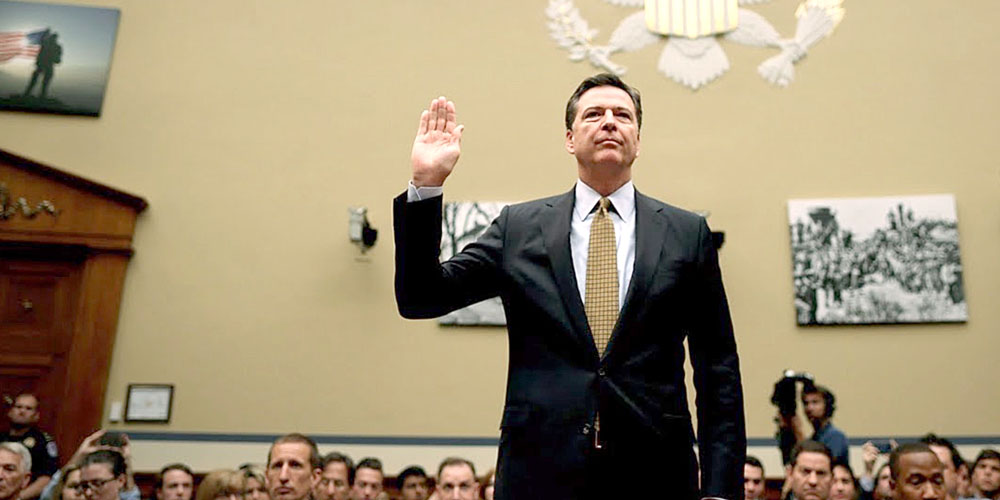 Ousted FBI director James Comey will be testifying before the Senate intelligence committee this morning, and you can watch a livestream of the event.

The committee will be quizzing him on his interactions with President Trump in order to determine whether Trump attempted to interfere with an FBI investigation into alleged Russian interference in the 2016 presidential election.

Comey has already submitted written testimony in which he states that Trump told him that he expected loyalty from the FBI director, and said ‘I hope you can see your way clear to letting this go, to letting Flynn go.’ Reuters reports that Comey took detailed notes immediately after each meeting with Trump.

Comey described a private dinner in the Green Room of the White House on Jan. 26, where Trump asked him whether he wanted to stay on as FBI director, telling him: “I need loyalty, I expect loyalty.”

“I didn’t move, speak, or change my facial expression in any way during the awkward silence that followed. We simply looked at each other in silence,” Comey said in his testimony, explaining he became concerned that Trump was trying to create “some sort of patronage relationship.”

Should it be found that Trump did try to interfere with the investigation, it could form the first step in impeachment proceedings.

The public testimony begins at 10am EDT/7am PDT and will be livestreamed by multiple TV networks and news organizations.

Comey’s remarks, and Trump’s reaction, are likely to be the biggest political/media event since last fall’s election. More than that, the spectacle has the potential to be as historic as the 1991 Anita Hill hearings, or the 1987 Oliver North hearings.

Trump is expected to tweet live reactions to the testimony.

The VOX livestream feed is embedded below.