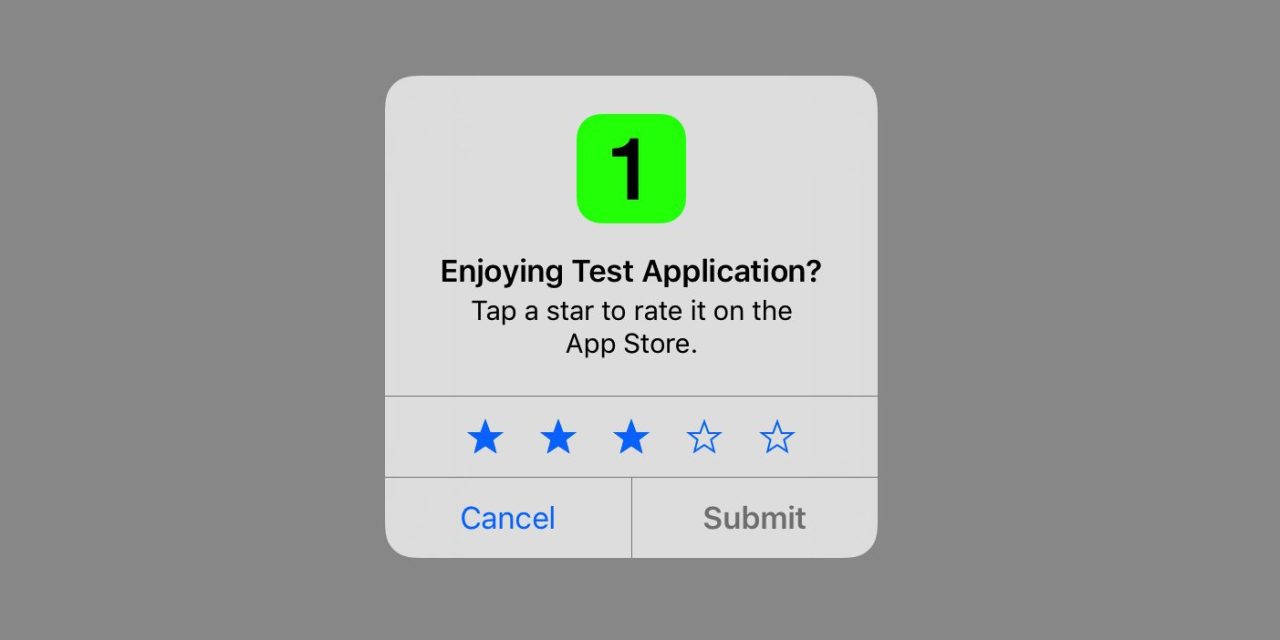 The App Review guidelines were updated this week to accommodate App Store policy changes and new rules for usage of frameworks introduced in iOS 11, like MusicKit.

One change is the addition of section 1.1.7. This new paragraph requires developers to use the official in-app rating UI added in iOS 10.3 and states that they ‘will disallow custom review prompts’ going forward …

When the new App Store rating API was introduced in the iOS 10.3 beta period at the start of the year, adoption was optional but Apple warned that it would eventually become mandatory.

It seems that time has come. Here’s the relevant addition to the App Store Review guidelines:

Use the provided API to prompt users to review your app; this functionality allows customers to provide an App Store rating and review without the inconvenience of leaving your app, and we will disallow custom review prompts.

The language is pretty clear-cut, use the Apple API and stop using custom implementations. The change to the Apple API has some advantages and drawbacks for developers and users.

Developers like the new API because it allows customers to provide a rating without leaving the app; custom implementations would pop an alert that ultimately navigated to the App Store. The integrated Apple rating prompt lets users pick 1-5 stars and press Done, without losing the context of what they were doing in the third-party app.

However, Apple also imposes limits on how often the rating prompt can be displayed. The alert can only be presented three times a year (and this is enforced by the system). If a user leaves a rating, the app can not show the alert for at least a year afterwards and after a new version has been released. This behavior is an obvious response to customer complaints of a subpar App Store experience where apps beg for reviews and ratings far too frequently.

This is naturally user-friendly but some developers are not happy with the constraints. For example, soliciting a review after a major feature-changing update is not possible if the user already rated the app a few months earlier. 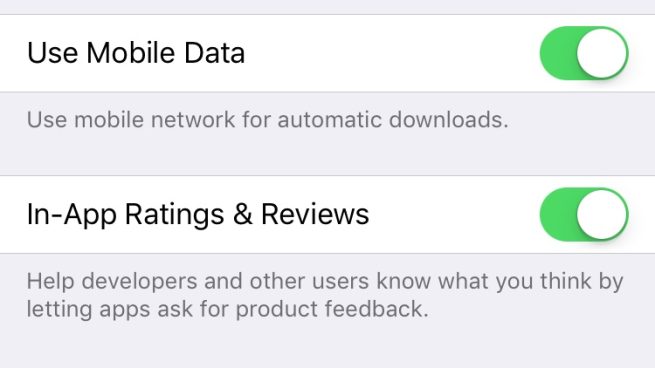 Users are also given more control about whether they want to be asked to review apps at all. In Settings, there is a global switch to suppress these alerts from ever appearing (Settings → iTunes & App Store → In-App Ratings & Reviews).

There is still the open question of how stringently app review enforces the rule, of course. There are many clauses in the App Review Guidelines that are consistently violated by apps and allowed to slip through the net seemingly forever.

It’s worth pointing out that as part of the iOS 11 App Store redesign, Apple has addressed one of the top complaints developers had when it came to reviews. In the past, releasing an app update would reset the app’s star rating in the store back to zero (as it was based on reviews for the current version rather than the all versions aggregate). From iOS 11, developers can preserve their star ratings across app updates.