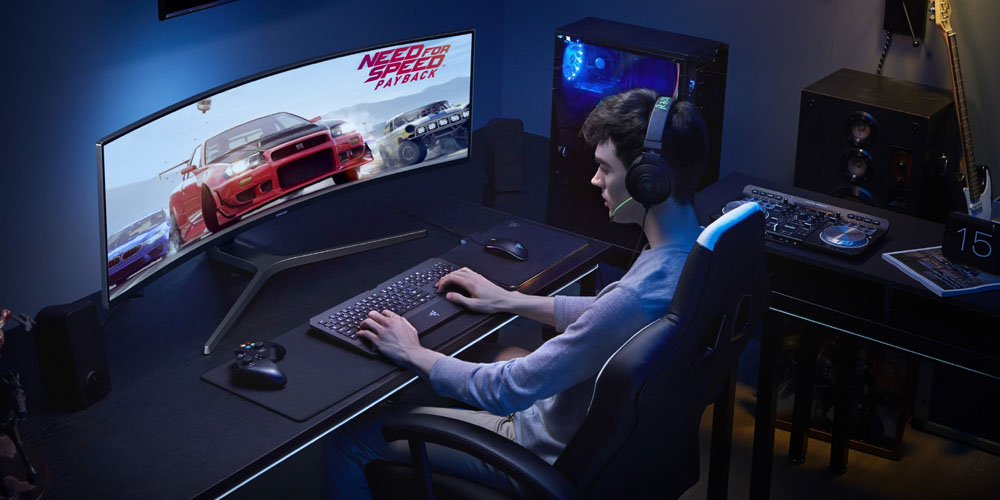 Curved widescreen monitors are all the thing these days, and Samsung has just upped the stakes with a mega 49-inch wide HDR model aimed primarily at gamers. The company says that it’s the world’s largest widescreen monitor.

The Samsung CHG90 is the top end of a trio of new models just announced by the company: 27-, 32- and 49-inch QLED screens – which are LCD panels lit by LEDs …

They offer HDMI and Mini DisplayPort inputs but lack USB-C, so you’ll need an adapter to use them with the latest MacBook Pro machines.

Samsung says that the monitors cover 95% of the DCI-P3 color space, meaning that photographers and videographers may be interested (you’d be able to see quite the Final Cut Pro timeline!), but Samsung’s key market is gamers. The 144Hz refresh rate and 1ms response time is matched by four-channel scanning which Samsung claims reduces motion-blur. The QLED tech also claims to offer brighter displays than OLED.