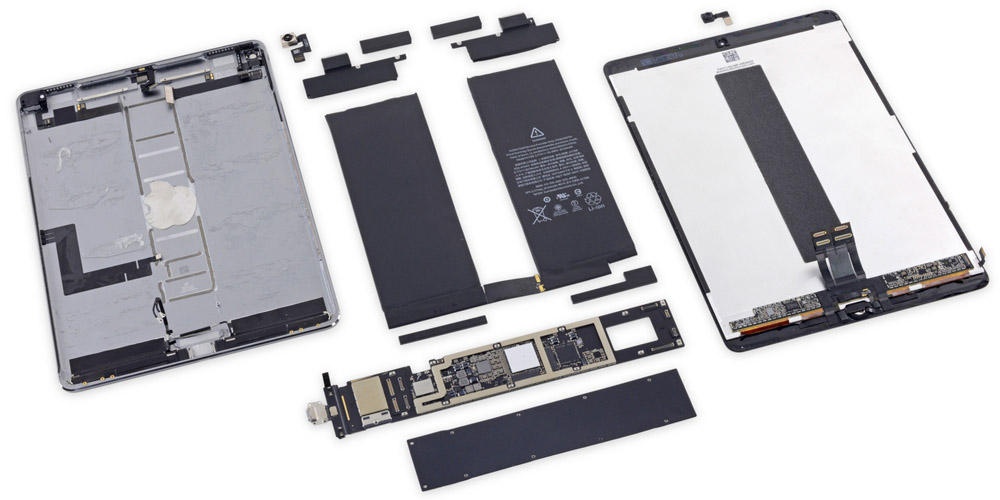 iFixit has completed its teardown of the new 10.5-inch iPad, and reports that the internal design is that of a scaled-down 12.9-inch model rather than a scaled-up version of the 9.7-inch version.

The internal layout of the 9.7″ Pro was strikingly similar to the standard iPad—while the 12.9″ Pro had a completely new internal layout […] But it looks like Apple has moved from iPad Pro experimentation to standardization. An open-faced 10.5″ iPad Pro is essentially a scaled-down, streamlined version of its 12.9″ predecessor …

That design does make it slightly safer to open up the casing than on 9.7-inch models.

Slicing blindly into a new iPad is always scary, since there’s always the danger of cutting through a random display cable … except when there’s not! Apple put the display cables right down the center, out of harm’s way. We’ve seen this arrangement in an iPad only once before [the 12.9-inch model], and it appears Apple finally managed to unify the Pro line around this somewhat more symmetrical design.

Apple has also used standard Philips screws in place of special connectors. Despite these facts, DIY repairs are still not easy, with iFixit giving it a repairability rating of just 2/10.

The company notes that the doubled refresh rate of 120Hz required doubling the number of connecting cables on the display.

120 Hz is a blisteringly fast refresh rate for this many pixels, which is probably why it needs four (!) connecting cables. (Its ginormous older brother got by with just two.)

iFixit confirmed earlier reports that the device has 4GB RAM, in the form of two Mircron 2GB LPDDR4 chips. Flash memory is supplied by Toshiba, a company in which Apple is attempting to buy a stake. 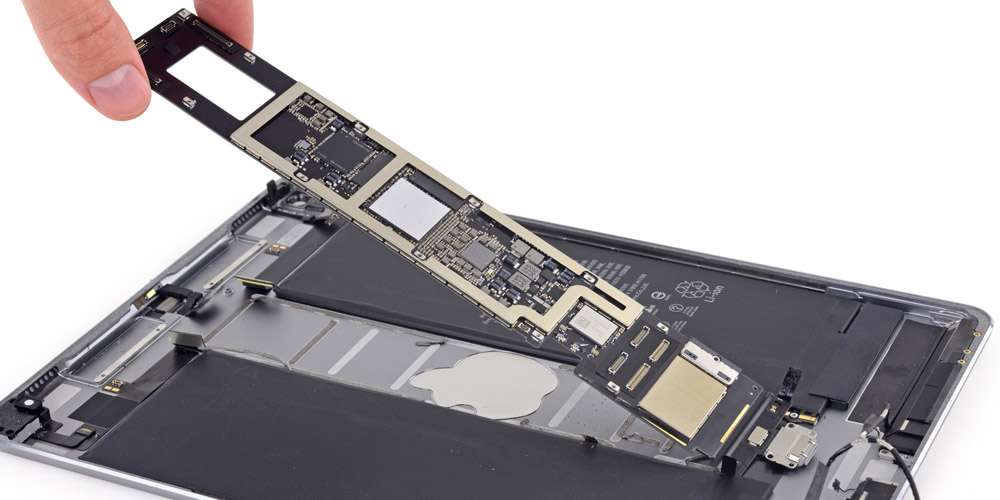 The battery is a slight upgrade on the 27.91Wh one in the 9.7-inch iPad Pro, at 30.8Wh, likely to feed a more power-hungry display. You can see more photos over at iFixit, and if you want to buy one they are now available in Apple Stores.