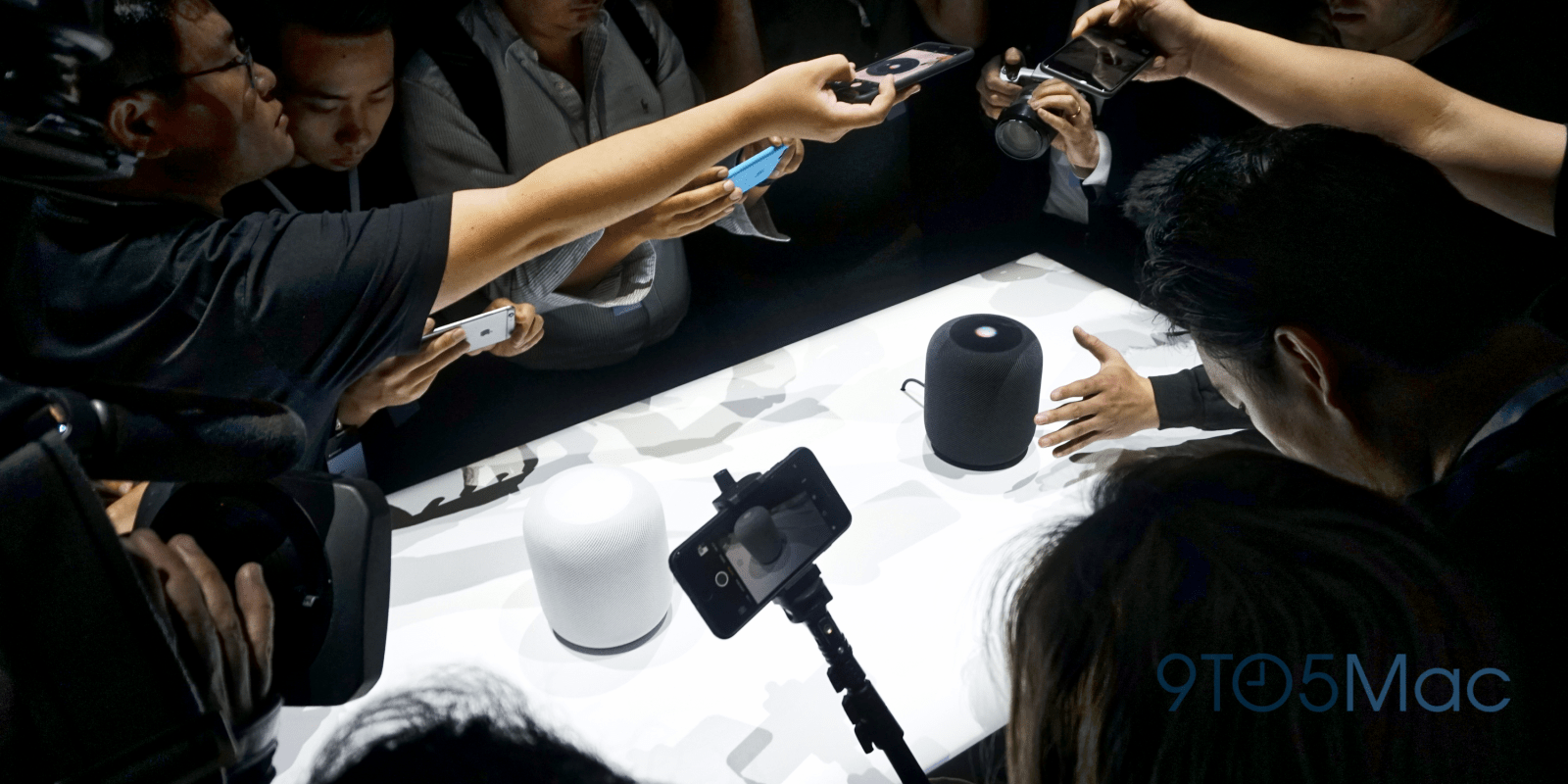 A new report from Strategy Analytics gives us a look at the current state of Wi-Fi speaker sales ahead of Apple’s release of its newly unveiled HomePod Siri speaker slated for this December. The report shows that Amazon with its push of Echo and other Alexa-enabled WiFi speakers was able to surpass shipments from Sonos that has mostly ruled the majority of the market since 2014.

The report highlights an estimated 5 million units shipped for Amazon during 2016, which it notes accounted for 77% of the increase in volume demand for the year, compared to around 4 million for Sonos:

Wi-Fi based wireless speakers grew by 62% in 2016 to 14 million units with Amazon accounting for 77% of the increase in volume demand from the previous year. The company estimates that Amazon shipped over 5 million Echo speakers in 2016 compared to just over 4 million from second placed Sonos…”Sonos has long been synonymous with connected home audio and as recently as 2014 it accounted for 50% of the small but growing Wi-Fi speaker market…”

The data includes what it refers to as “voice activated Intelligent Home Speakers” or “Smart Speakers,” including the Amazon Echo and Google Home, as part of its broader Wi-Fi based wireless speaker category where Sonos, Bose, Harman/JBL, Denon, Sony, and an “Others” group make up the rest of the reporting data: 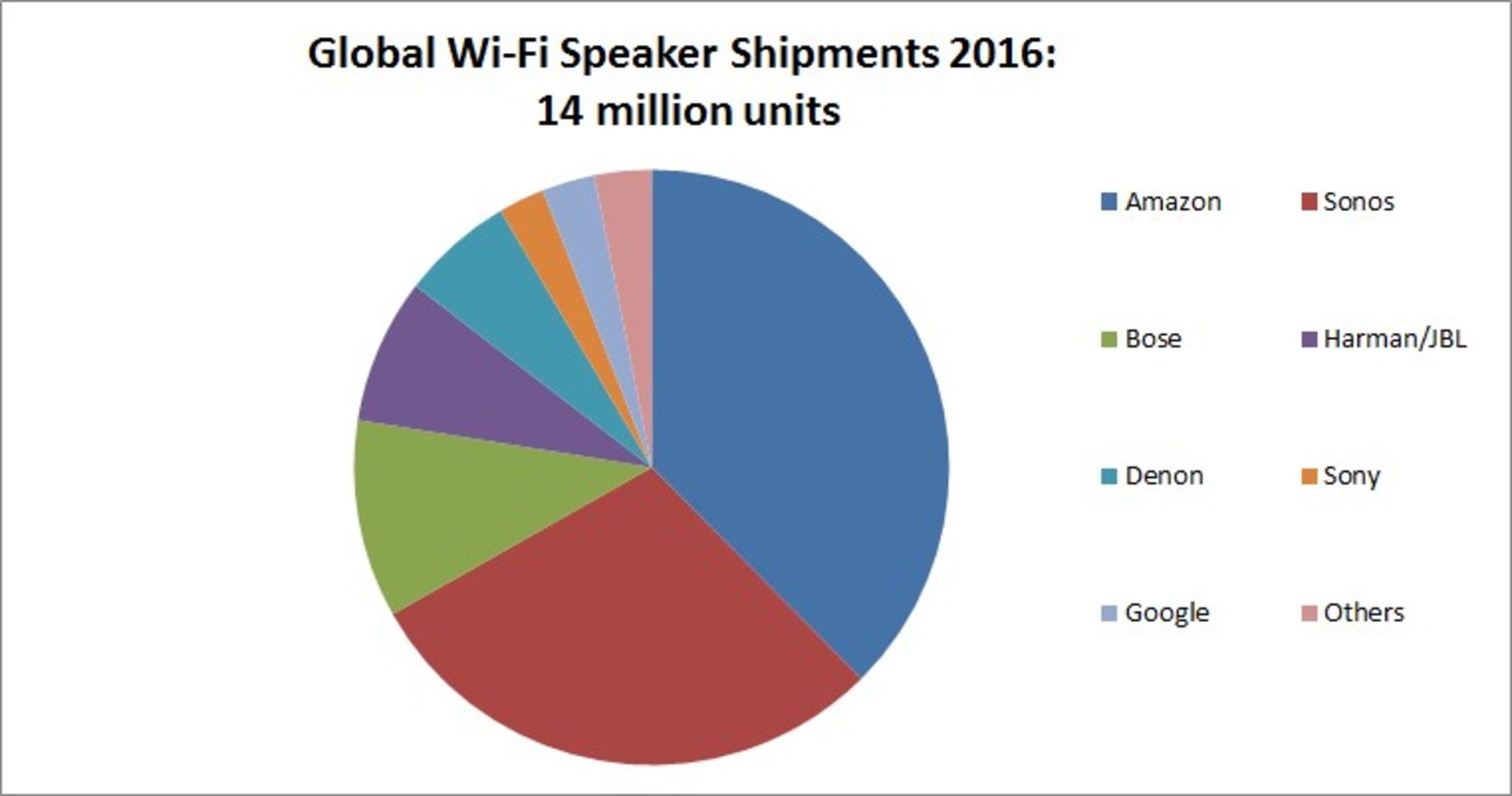 With Apple’s entrance into the market this December, its HomePod will also be counted in Strategy Analytics’ Global Wi-Fi Speaker Forecast and thus could eat into marketshare currently enjoyed by Amazon, Sonos and the others.

The report notes that Apple’s HomePod, priced at $349, is expected to compete more directly with Sonos products due to Apple’s focus on sound quality and music versus Amazon and Google’s approach that tend to focus on smart assistant features. But products like the Echo Dot, Amazon’s entry-level connected speaker, are often used together with a Bluetooth speaker, something it notes ‘is having largely an additive effect on the overall wireless speaker market.”

Strategy Analytics adds that it expects “Intelligent Home Speakers” to make up around 90% of all Wi-Fi speakers by 2022, an increase from approximately 42% in 2016.