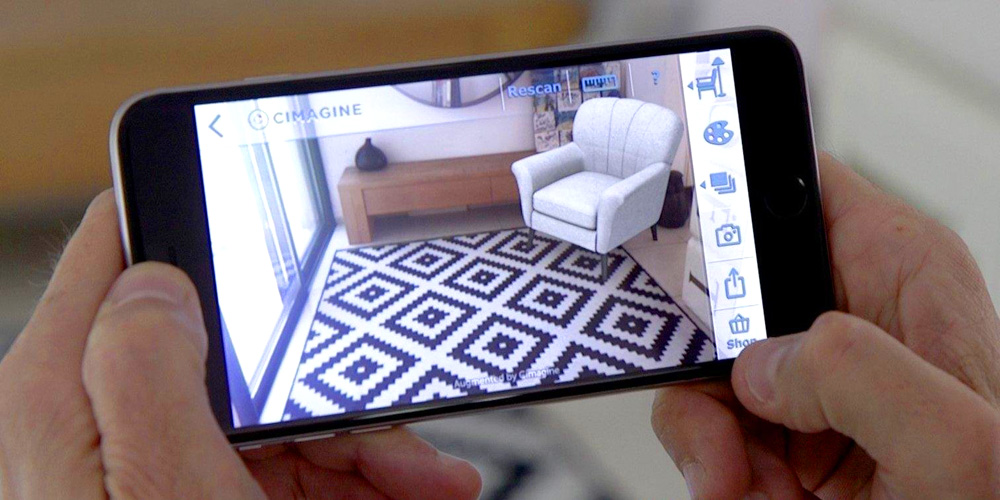 Apple has today been granted a patent for augmented reality apps for interior design and animated movie posters. The patent award comes the day after we learned more about plans for an AR app in partnership with Swedish furniture company Ikea.

The patent was assigned from augmented reality app company Metaio, which Apple acquired back in 2015.

The patent specifically references the virtual placement of furniture in a room.

For example, augmented interior design could superimpose a virtual sofa to the camera image of the real environment of the room in a correct perspective […] This application could visually support furniture arrangement in the room without having to move them physically. For this, an accurate pose of the camera with respect to the room is mandatory.

It also discusses one of the key challenges of providing a realistic image on a handheld device.

Parameters in the vision-based tracking solution may need to be adjusted according to the behavior of virtual information or the real environment. In the application of augmented interior design, the virtual information (e.g., sofa) is preferred to be stably superimposed without uttering onto the real room in the camera image. For this, a number of feature correspondences are often needed to have stable camera pose estimation. However, detecting or matching a large number of feature correspondences is challenging and often requires a manual initialization and processing time. It is suitable for offline applications, like superimposing virtual furniture onto a pre-capture image of the room, but not for online real-time applications.

While most of the text is device-agnostic, it does specifically include two references to a head-mounted display.

Although Apple’s AR efforts are undoubtedly focused on the iPhone and iPad, the company has long been rumored to be working on a Google Glass-like device, getting at least as far as the prototype stage. Apple has revealed that a new iMac Pro will be powerful enough to be used for virtual reality applications. IDC recently predicted that AR and VR headset shipments will hit 100M by 2021.