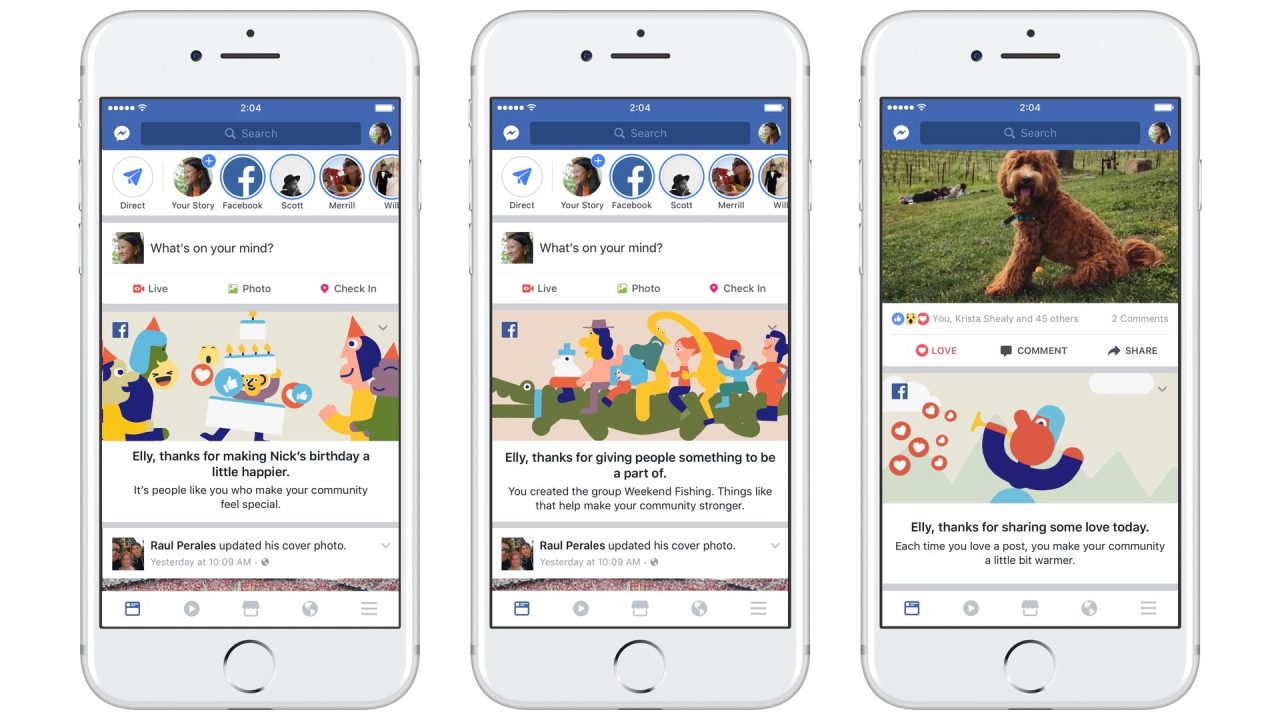 Facebook CEO Mark Zuckerberg announced that the social network now sees 2 billion people using the platform each month. Facebook is marking the milestone with a new Good Adds Up campaign launching one day after the Messenger team announced new enhancements coming to the app.

As of this morning, the Facebook community is now officially 2 billion people!

It’s an honor to be on this journey with you.

Facebook added that the 2 billion people number refers to “people connecting and building communities on Facebook every month.”

This wouldn’t have happened without the millions of smaller communities and individuals who are sharing and making meaningful contributions every day. Each day, more than 175 million people share a Love reaction, and on average, over 800 million people like something on Facebook. More than 1 billion people use Groups every month.

To mark crossing the 2 billion monthly users milestone, Facebook is kicking off a Good Adds Up campaign at facebook.com/goodaddsup and in the News Feed that will include “a personalized video to celebrate bringing the world closer together.”

Check out the awesome new features—like animated reactions, filters, masks and effects, and the ability to take screenshots—available for one-on-one and group video chats. You can now share your emotions with a reaction, add a filter to feel like your best self, make someone laugh with a bear mask, and even take pictures of your time together.

Facebook and Messenger are available for free on the App Store.