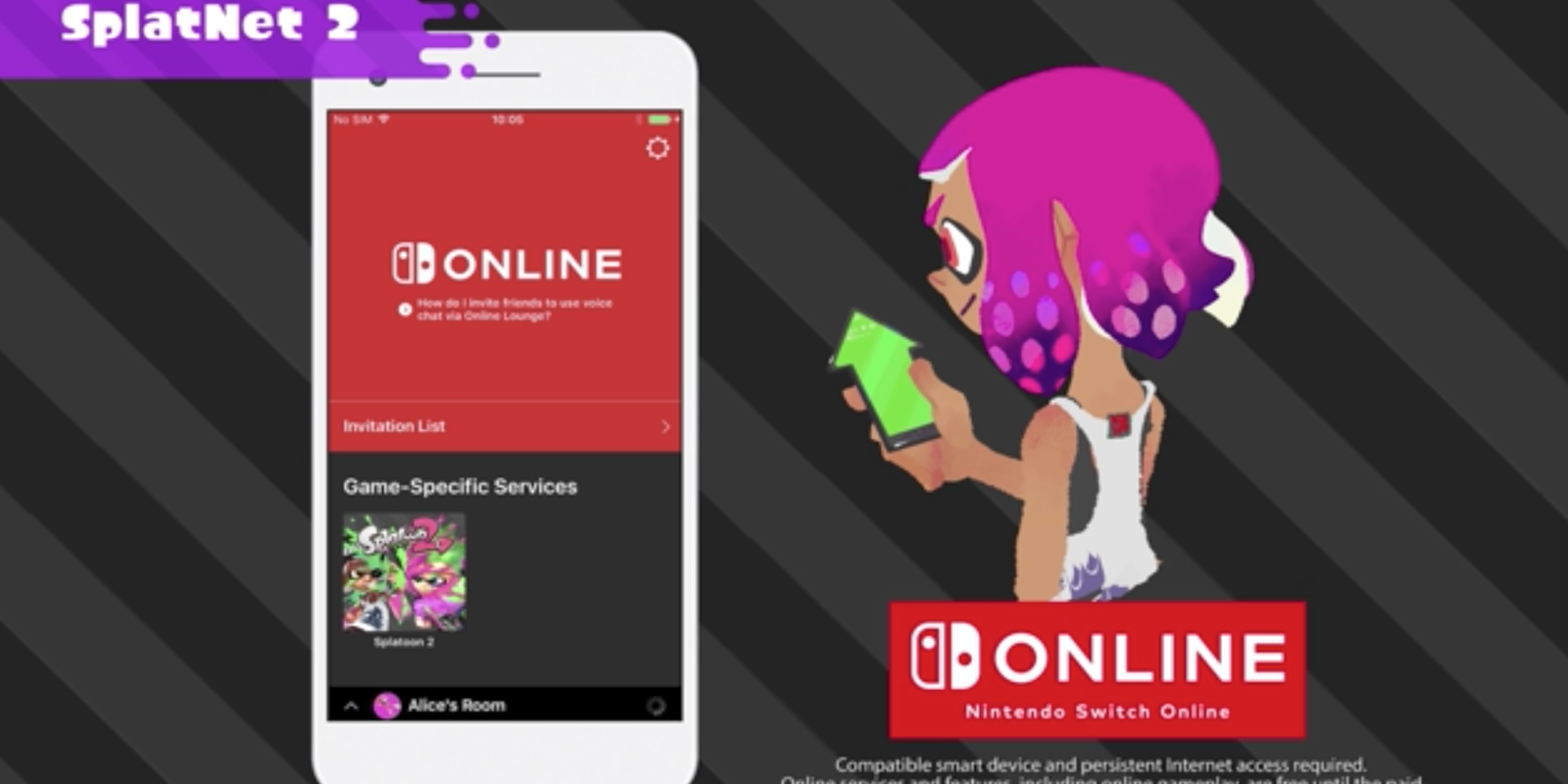 Nintendo will launch a new “Nintendo Switch Online” companion app for its latest console that will arrive on July 21 alongside the release of its new Splatoon 2 game.

The Nintendo Switch Online app will allow users to invite other players with the same game via an iPhone (and presumably other smartphones and mobile devices), and will also include built-in voice chat functionality for at least some games.

Nintendo demoed the app during this morning’s Direct event alongside the upcoming Splatoon 2, which is now expected to be the first game to integrate with the app when it launches later this month on July 21st.

Within the Nintendo Switch Online app users will be able to access the “Splatnet 2” service, a place where they can view gear, invites, and stats— including results for the last 50 battles with gear and weapon details and win rates by stage— and also a Splashnet shop for buying gear.

The company notes that some features of the online service will only be free until it officially launches its paid Nintendo Switch Online Service sometime next year.

For the time being it will only be compatible with the ink-blasting sequel that is set to release on the same day. Here are all the details from Nintendo:

For more on Nintendo Switch and great deals on software/accessories, head over to 9to5Toys and here is our full hands-on review of Nintendo’s latest console.