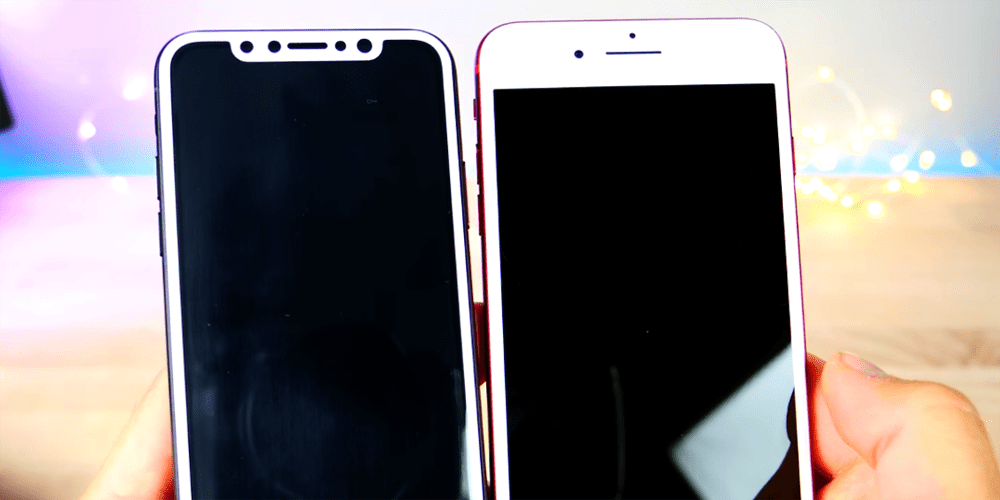 Former Apple creative director Hugh Dubberly has suggested that Apple is in danger of being left behind by Samsung now that the company is in the post Steve Jobs era.

It’s not so much that Samsung has gotten better, but Apple has fundamentally changed. The pipeline that Steve [Jobs] started is over.

Dubberly has a perspective on both companies, having also worked as a member of Samsung’s global design advisory board …

His view was echoed by analysts cited by the WSJ, who suggested that the question of whether or not Apple will embed a Touch ID sensor into the display of the iPhone 8 is a crucial one – as the design alone will not be enough to outdo Samsung.

The Samsung Galaxy S8 is nudging the bar higher as Apple seeks to impress with its 10th anniversary iPhone this fall. For Apple to outdo Samsung on design, analysts said, it would need a new distinguishing feature, like a fingerprint sensor beneath the display rather than a physical home button.

The piece argues that the design lead Apple had over Samsung ended with the S8.

The Galaxy S8 grew longer, slimmer and dropped most of the frame surrounding the display, for a sleek design many in the tech industry contend has bested Apple Inc.’s iPhone—some would say for the first time.

It notes that Consumer Reports rated the S8 higher than the iPhone 7 in part for this reason – though this is, of course, comparing last year’s iPhone with this year’s Samsung flagship.

Design is said to be playing a far more important role in purchasing designs as technological developments have, for now at least, reached something of a plateau.

How a smartphone looks now accounts for about half a consumer’s purchase decision, with the assessment formed in roughly one second, according to Charles L. Mauro, president of MauroNewMedia, a product-design research firm that has done consulting work for Apple and Samsung. Mr. Mauro says peer-reviewed research reveals aesthetics matter much more than previously believed, as older surveys pegged looks as influencing only 7% of a phone purchase.

However, recent data suggests that the S8 picture may not be quite so rosy as the Samsung-focused piece suggests. Analysts recently estimated that sales of this year’s flagship Samsung smartphone are actually lower than last year’s S7 at the same point in time. A report today suggested that Samsung may have more time to ramp up sales, though, as mass production of the iPhone 8 may not hit its stride until November.