iOS 11: How to use the new Live Photos features 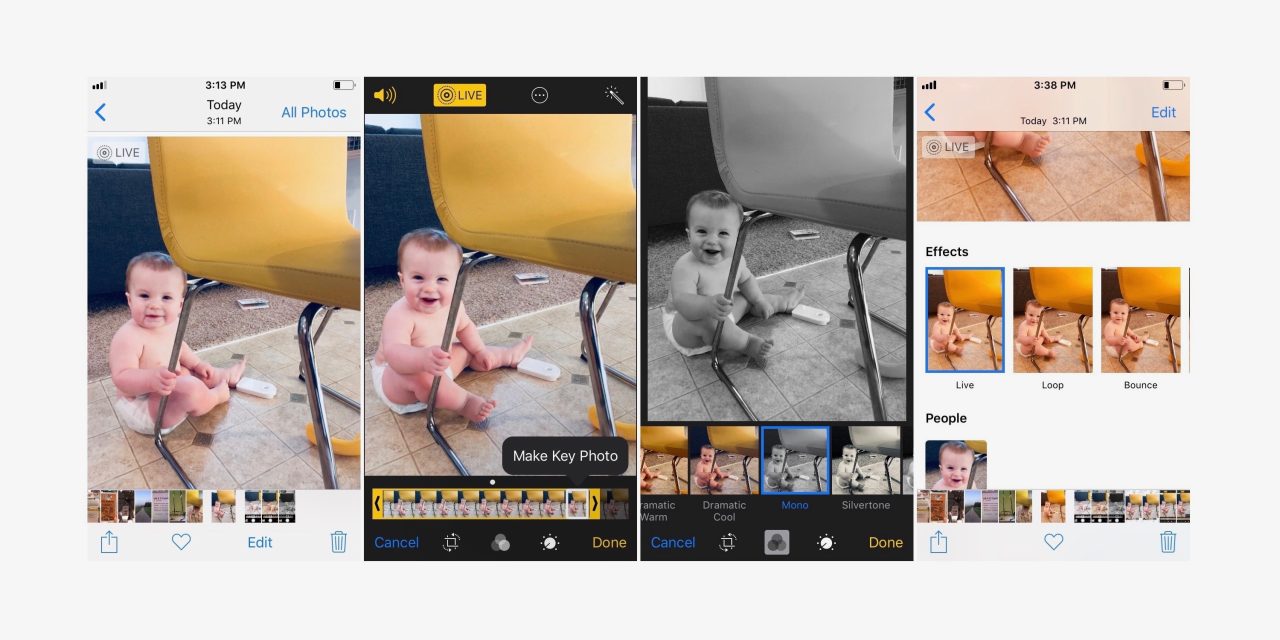 Another new addition in iOS 11 is an upgraded Live Photos experience. The features include new effects, adjusting the key photo, and trimming Live Photos. Keep reading after the break for a detailed look…

Personally, I haven’t really used Live Photos a whole lot since the feature was introduced in 2015 alongside the iPhone 6s. However, the new features, particularly adjusting the key photo and the effects in iOS 11, are starting to change my mind. iOS does a decent job of choosing the key photo (the one you capture) but having the control to change it is really useful.

The new effects include Loop, Bounce, and Long Exposure and will be familiar for Instagram and Snapchat users.

Here’s a walkthrough of the new Live Photos…

Just like in iOS 10, tap the three-ringed yellow circle to turn Live Photos on/off. Choosing a filter either while shooting or after is still the same as well. When you’ve got your shot, give a tap on Edit (which replaced the iOS 10 line icon). 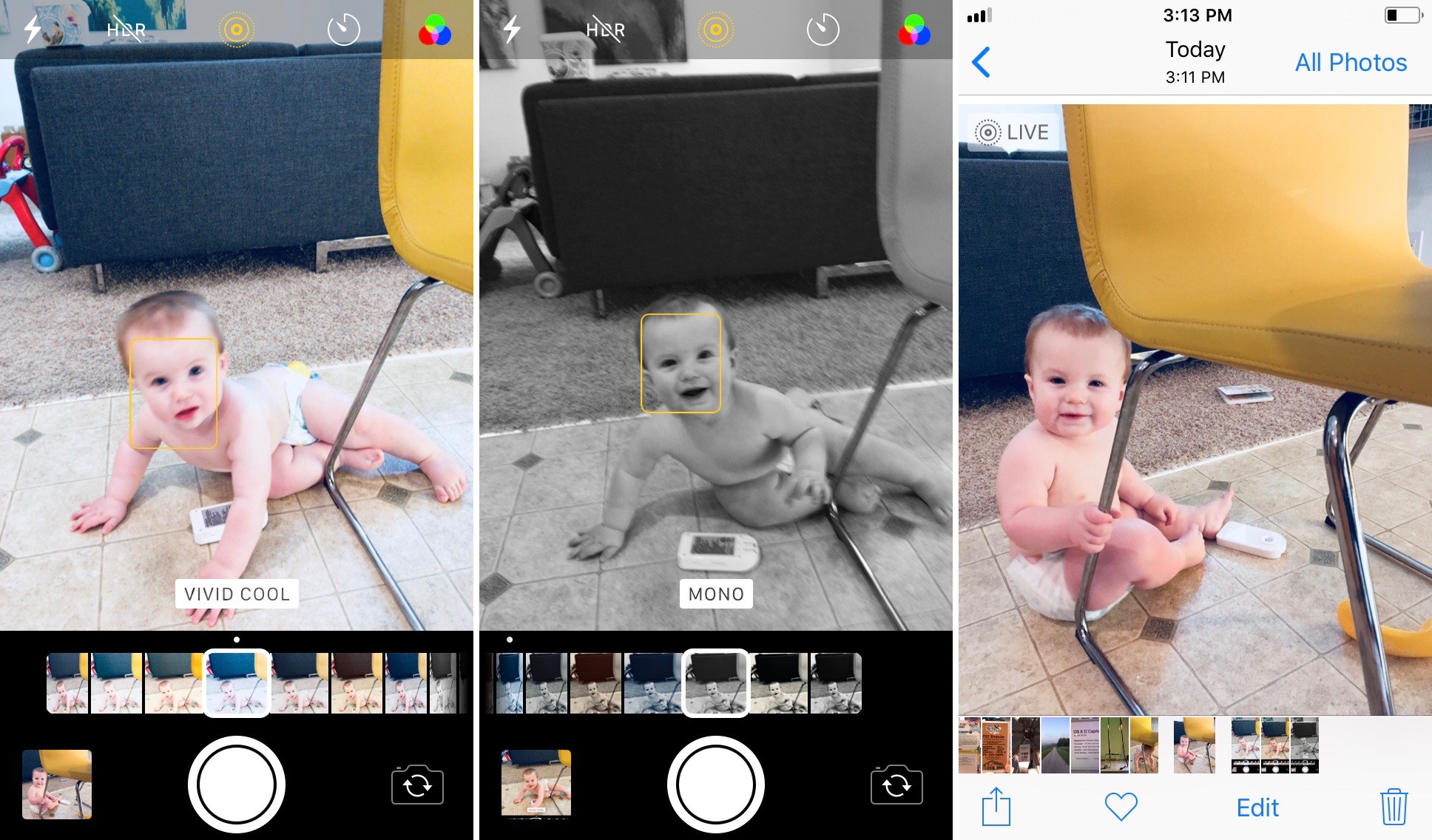 I knew there was a smile somewhere in the Live Photo shot, so let’s adjust the key photo. As seen in the image below, drag the white frame at the bottom to scrub through the footage. Tap on Make Key Photo to confirm the change. You can still edit filters and levels like in iOS 10.

The new effects aren’t found when editing (at least for now). Swipe up when you’re looking at a Live Photo in the Photos app to see the option to choose Loop, Bounce, or Long Exposure. Once you change the effect, you may notice the spinning wheel for a moment, then you’ll see the updated effect shown in the top left corner.

Are you a fan of Live Photos? Have you been using them with iOS 10 or is it a feature you’ve mostly forgotten about? Share your thoughts and opinions in the comments.

Check out our how to guide for more help getting the most out of your Apple devices. You might also like: