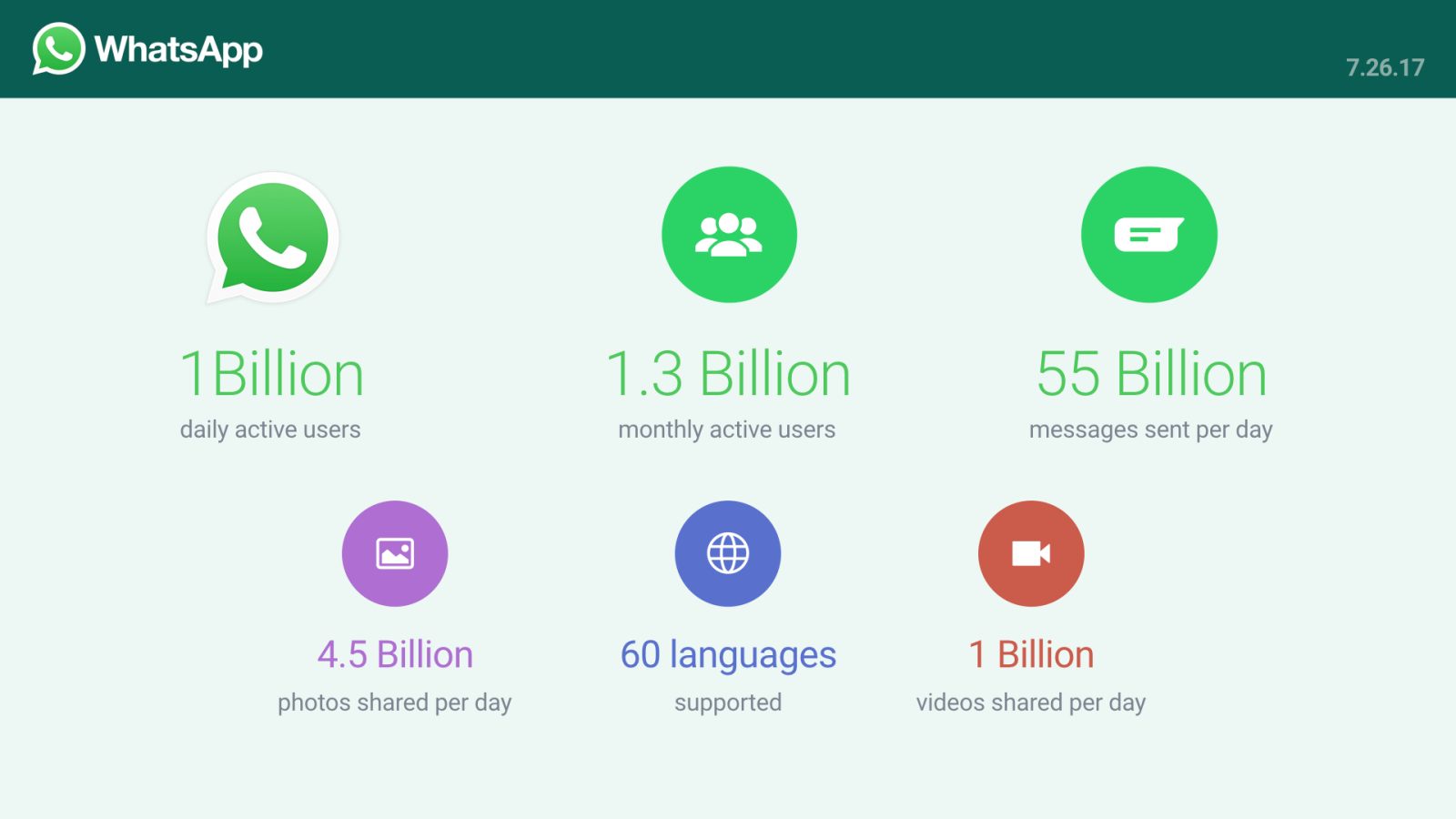 Popular messaging app WhatsApp announced today that it has reached one billion daily active users as the company also shared some other stats on how the service is being used. The one billion active daily users is up from the one billion monthly actives it announced last year, and monthly users too are up:

The WhatsApp Messenger app is available for iPhone on the App Store.