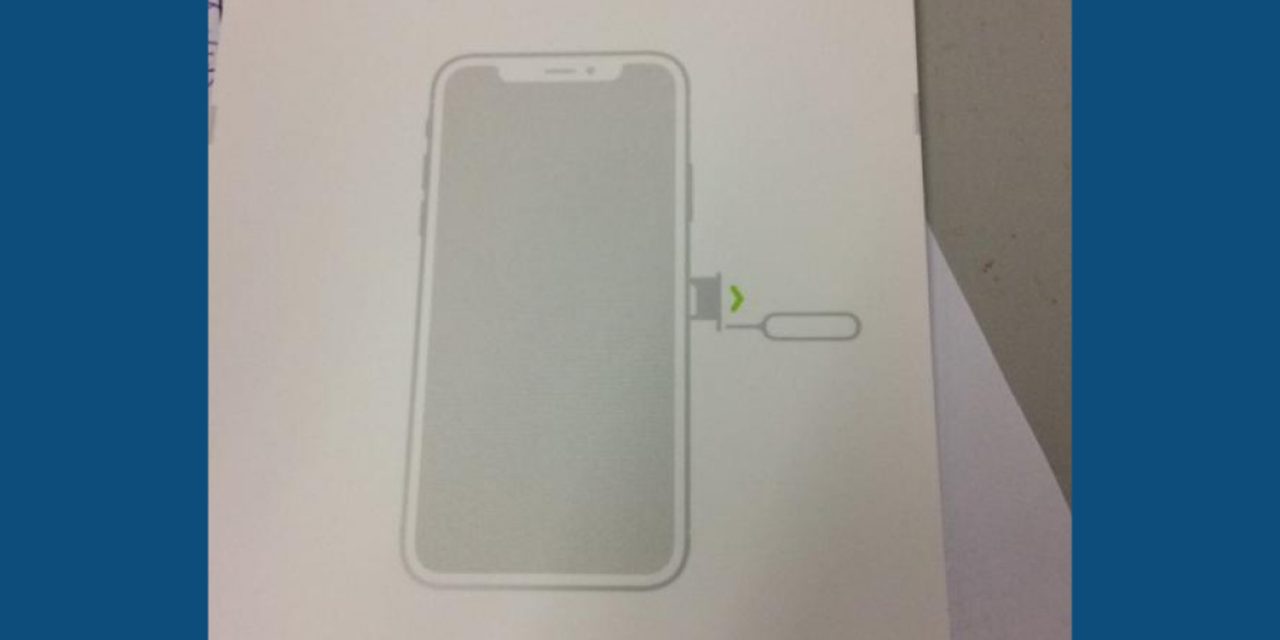 A new image of the iPhone 8 has surfaced on Weibo today, via Slashleaks, showing off the rumored screen design in diagram form. It purports to be a page from the packaging paperwork, which instructs users how to swap SIM cards. Most notably, this leak includes the expected screen design: almost bezel-less apart from a notch at the top of the device to accommodate the earpiece and front camera sensors.

If real, this would be the earliest packaging leak for an iPhone in a long time. Leaks like this aren’t usually seen until much closer to release. Full size picture after the jump …

The drawing is identical in style to the drawing found inside iPhone 7 boxes, the same white and gray theme and green arrow to indicate the SIM tray direction.

This leak corroborates the leading rumors for the iPhone 8, in every possible way. The aspect ratio of the screen looks 18:9, the power button appears elongated and of course there are no bezel ‘chins’ to be seen. 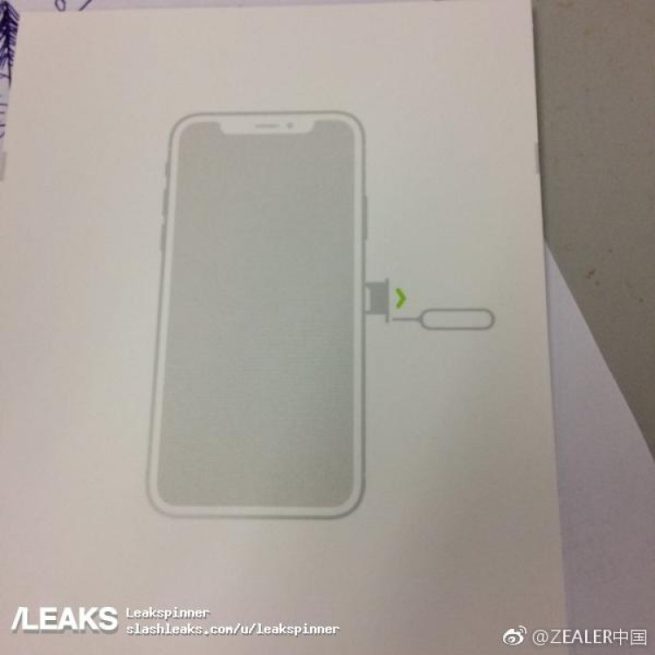 Between the phone’s metaphorical ears, the notch depicts the location of the earpiece and the front facing camera. Whilst we also expect there to be other sensors in that area, it would make sense for Apple to not include them in this diagram for simplicity.

Nevertheless, we are still pretty skeptical of this photo. It comes from a sketchy source at a time when we don’t typically see packaging leaks for the new iPhones.

Moreover, it would be a relatively straight-forward Photoshop job to take the current iPhone 7 SIM tray drawing and convert it into the bezel-less iPhone, recreating the schematics we’ve already seen in various places. That being said, there are no obvious giveaway signs of Photoshopping that we can detect.

To compare, here’s a photo of the corresponding diagram that is included with most iPhone 7 boxes. 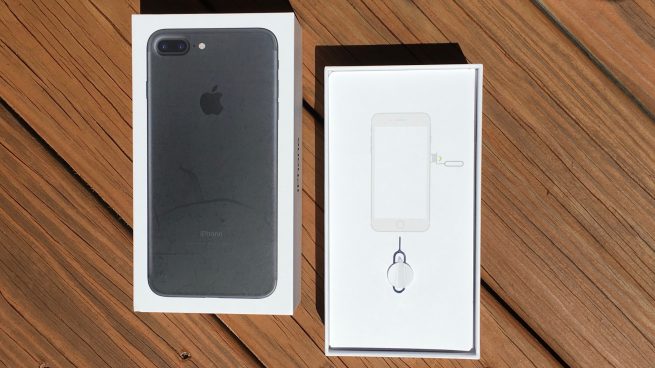 Most sources expect Apple to announce the iPhone 8, alongside two new ‘iPhone 7s’ devices that will largely resemble the design of the current iPhone 7 and iPhone 7 Plus, at a media press event in September.

The iPhone 8 is reportedly experiencing delays/low production yields, and may not ship until October or November.