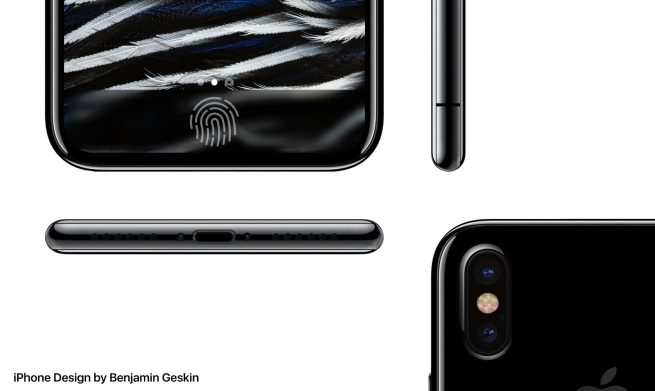 We’ve been hearing several reports that the launch of the iPhone 8 could be delayed compared to previous years. Reputable Apple analyst KGI Ming-Chi Kuo has also weighed in today, reporting that mass production of the OLED iPhone will likely be pushed back to October/November, instead of the normal August/September timeframe for new iPhone launches.

KGI says the reason for the production difficulties is that the new iPhone 8 includes several major cutting-edge components that Apple has custom-ordered. The analyst still expects the iterative ‘7S’ models to launch on the normal schedule …

KGI says that a delay of one to two months for the production ramp of iPhone 8 will hurt Apple’s calendar 2017 sales as customers will want to wait for the shiny new device to be available.

It will also mean Apple faces stiff competition from Android manufacturers for a longer period, as its rivals launch bezel-less devices across the year.

That being said, Apple is unlikely to lose too many sales if looking longer-term. Most customers who want the new iPhone will simply buy it when it is finally available even if that means early 2018.

We’ve heard about all of these features before, of course. The rumour mill still isn’t sure what the new iPhone will look like, although images leaked over the weekend depicting a potential final design.

KGI expects severe supply shortages for the OLED phone “for a while” after launch, limiting total iPhone shipments for 2017.

Moreover, KGI has a more pessimistic outlook about the iPhone 7s models (iterative updates to the iPhone 7 and iPhone 7 Plus with internal component upgrades contained in the same chassis design) than before. Full-screen smartphones from Samsung, Huawei and Xiaomi will make Apple’s lower-end phones less appealing.

Before the news about production problems, KGI expected new iPhone shipments (comprising the 7s, 7s Plus and the iPhone 8) to reach 110 million units in the second half of 2017. With the OLED iPhone availability set to be very limited, it has reduced his estimates to 80-90 million units.

Apple is expected to announce all the new iPhones in the fall. The iterative iPhone 7s models will likely launch in September, keeping up with the annual pattern. Apple will probably announce the 7s and radical new OLED iPhone at the same media event regardless. However, it seems fans wanting the all-new phone will have to wait a bit longer to get their hands on the iPhone 8.