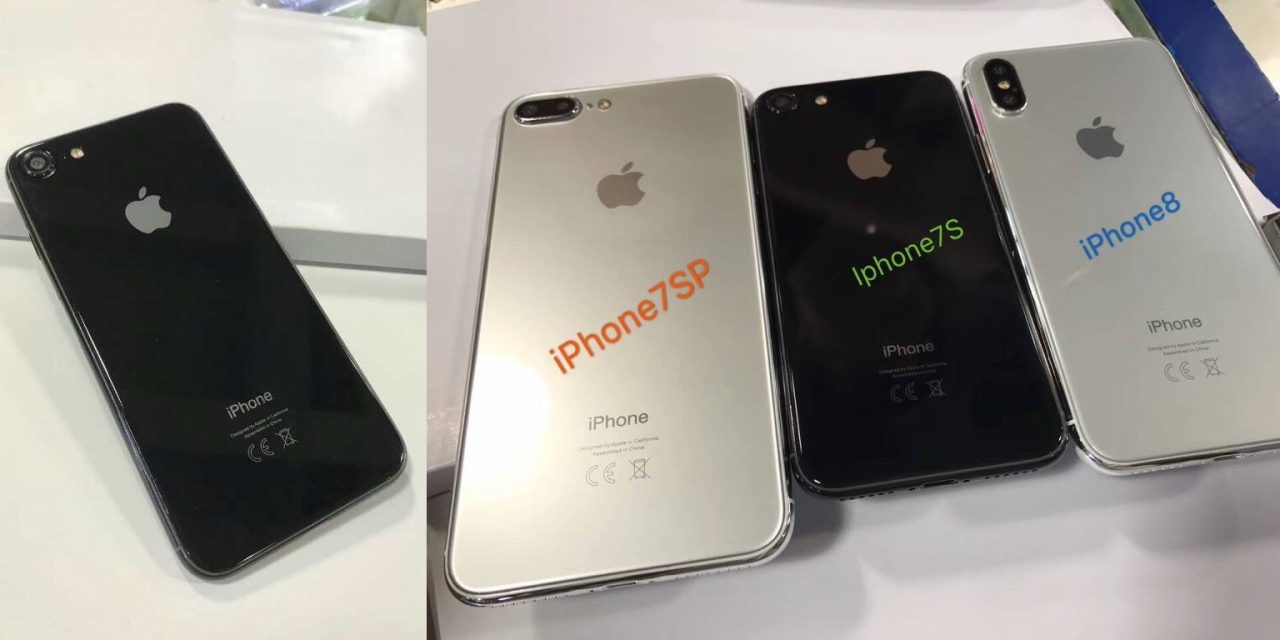 Following on from our Saturday post, these latest dummy models (which we believe to accurately represent the design of the real devices) give a sense of what the glass back design will look like for the whole lineup, spanning the 7s, 7s Plus and radically-redesigned OLED model (marketing names unknown). Thanks to Sonny Dickson for passing these along.

It also rebuts some of the rumors we’ve seen circulating that the ‘7s’ phones would have a rear Touch ID sensor; these dummies clearly show that the devices largely resemble the existing iPhone 7 and iPhone 7 Plus, albeit with some tweaks like the glass material (which means no antenna bands in sight!). More pictures below …

The physical design of the two LCD devices is largely a repeat of the current generation devices, with the same body size and appearance. The change from aluminium to glass backs is interesting and certainly freshens up the industrial design (breaking away from the iPhone 6 body first seen in 2014).

However, it is a not fundamental design leap like what the OLED iPhone 8 represents. Pricing and marketing naming is still unclear for the lineup but it seems like these ‘7s’ devices will take the place of the current iPhone 7 and iPhone 7 Plus price points whilst the OLED phone will be significantly more expensive.

Instead, it seems the driving factor for the switch from aluminium to glass is the addition of ‘wireless’ induction charging to all models in the iPhone lineup. Similar to the Apple Watch, users will be able to charge their iPhones by placing them on a Qi charging pad — instead of plugging in a cable. This pad is expected to be sold as an additional accessory and may not be available at launch.

KGI reported that all three new iPhones will go on sale at the same time in September, although availability of the OLED iPhone is expected to be very low and may be severely supply constrained into 2018. Apple will announce the new phones at a media event in early September (likely September 5 or September 12), so expect invites to go out to press in the next couple of weeks.