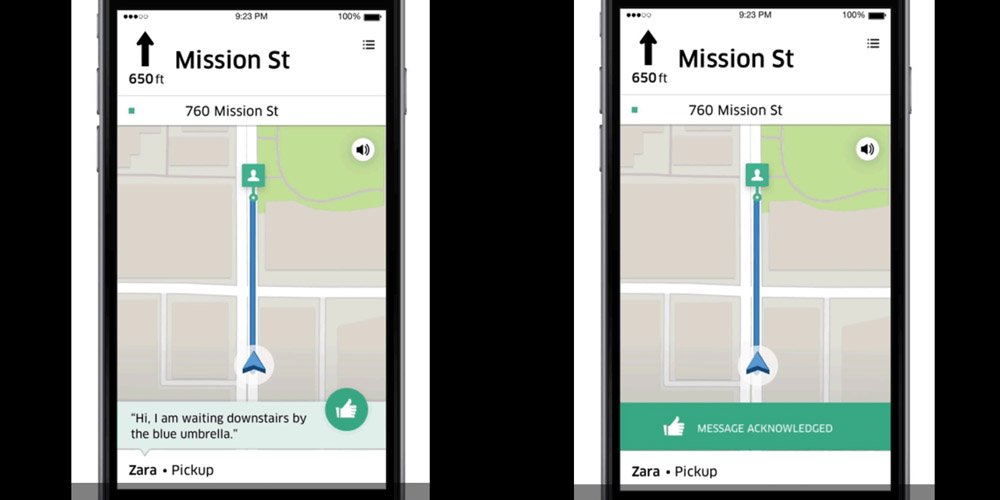 Uber is rolling out an app update that introduces a new chat feature, allowing riders and drivers to send messages to each other from within the app. Previously, communicating with the driver required a phone call or text message …

Uber told TechCrunch that the prompt to add the feature originally came from markets where text messages are chargeable and where some users may not have a voice plan. But the convenience, and the fact that you don’t need to reveal your phone number to your driver, persuaded the company to roll it out worldwide.

It will be safer for drivers too, as chat messages will be automatically read aloud to them, and they will be able to respond with a thumbs-up message via a single tap on the screen.

Finally, it is a better option when travelling abroad, when both texts and voice calls can be expensive, says the company.

Lots of stories with folks travelling internationally where, let’s say you land in Paris, and you’re in the airport, you don’t have a voice plan or a cellular plan setup, you can now just connect to Wi-Fi and communicate with your driver for the pickup.

The company is also considering adding the chat functionality to UberEATS.

One cautionary note, though: Uber says that the facility could in the future be used to ‘connect riders mid-ride with other businesses and promotions’ – aka spam. Here’s hoping they don’t do that.

Uber last month added a ‘request a ride for someone else’ feature. Uber is a free download from the App Store, though the updated version was not showing there at the time of writing.