Another working Apple I being auctioned on CharityBuzz, with interesting history & extras 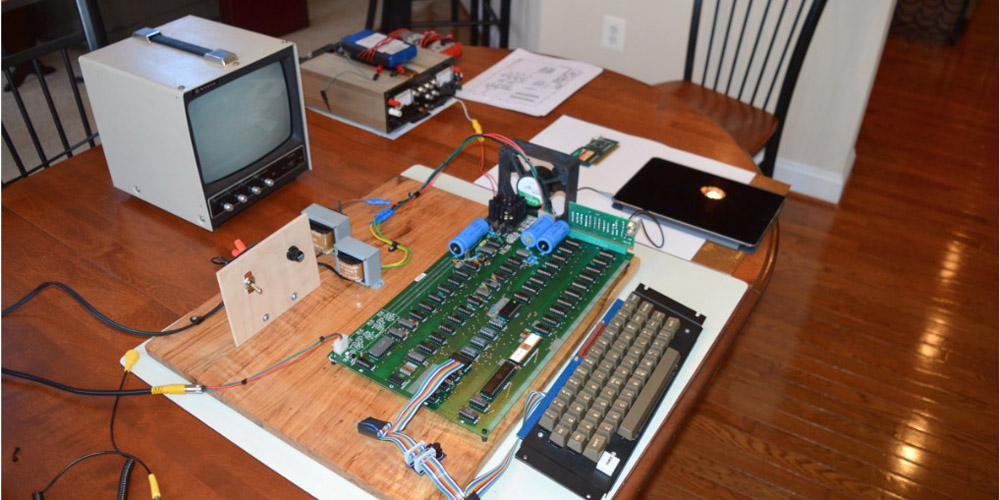 Despite there being only a handful of Apple I computers still in working order, they do seem to come up for sale with surprising frequency. The latest one, due to be auctioned next month, has an interesting history and extras …

Business Insider says that the machine was originally a gift from the two Steves.

The Apple I is being put up for sale by David Larson, a former Virginia Tech professor who bought the computer from Adam Schoolsky in 1994 for $3500. Schoolsky was a friend of Apple cofounders Steve Jobs and Steve Wozniak, who gave him the computer as a gift.

It includes something that’s rarer than even the computer itself, an Apple I cassette interface card. Early PC’s often stored programs and data on cassette tapes; the card allowed an owner to connect a cassette recorder to the Apple I. The majority of original Apple owners never purchased the card, and many of the remaining Apple I in existence lack one.

You also get an original promotional brochure, a drawing by Ron Wayne (the third Apple founder who famously changed his mind soon afterwards) and a flyer from a practical joke played by Woz and Schoolsky.

The lot comes with a copy of a flyer from what’s known as the Zaltair hoax. The flyer dates back to the 1977 West Coast Computer Faire, where Wozniak, who loved pranks, and Schoolsky printed up a couple thousand brochures advertising a non-existent “Zaltair” computer that was supposed to be cheaper and better than any other on the market.

All proceeds from the auction will go to FAIRS, a non-profit that helps groups in developing countries put together emergency radio systems. The auction will begin on CharityBuzz on September 12.

CharityBuzz is a popular platform for Apple-related auctions, including lunches with Tim Cook and Eddy Cue, and a previous sale of an Apple I.