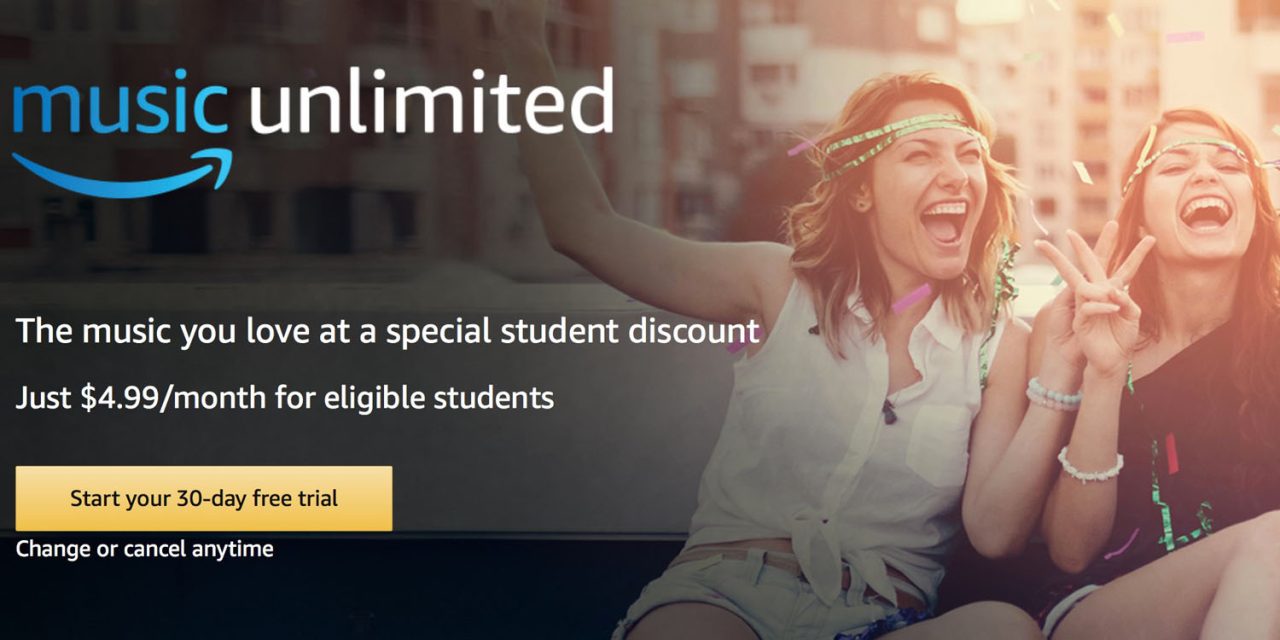 Apple has long recognized the importance of the student market, using education discounts to try to pull them into the company’s ecosystem with hardware purchases, and adding a student discount for Apple Music last year.

Apple knows that if you bring people on board as students, they have huge potential lifetime value once they leave college. Amazon Music Unlimited seems now to be realizing the same thing, with a student deal that matches the Apple one – and going even further for Prime Student members …

TechCrunch spotted the deal, which is $4.99/month – half the standard $9.99/month. For Prime Student members, the company offers the first six months for just $6, equivalent to just $1 per month. All students can get a 30-day free trial.

To qualify, students need to be enrolled ‘in a degree-granting college or university,’ the same requirement as Apple. This means that Apple Music, Spotify and now Amazon all offer the same $4.99/month student subscription.

Apple Music’s student pricing was extended to 20 new countries last November, and is currently in the following countries:

Apple recently announced Daniel Caesar as this month’s Up Next artist, with documentary, Up Next session and Beats 1 interview. It is also trying to woo subscribers with some original video content, including Carpool Karaoke.