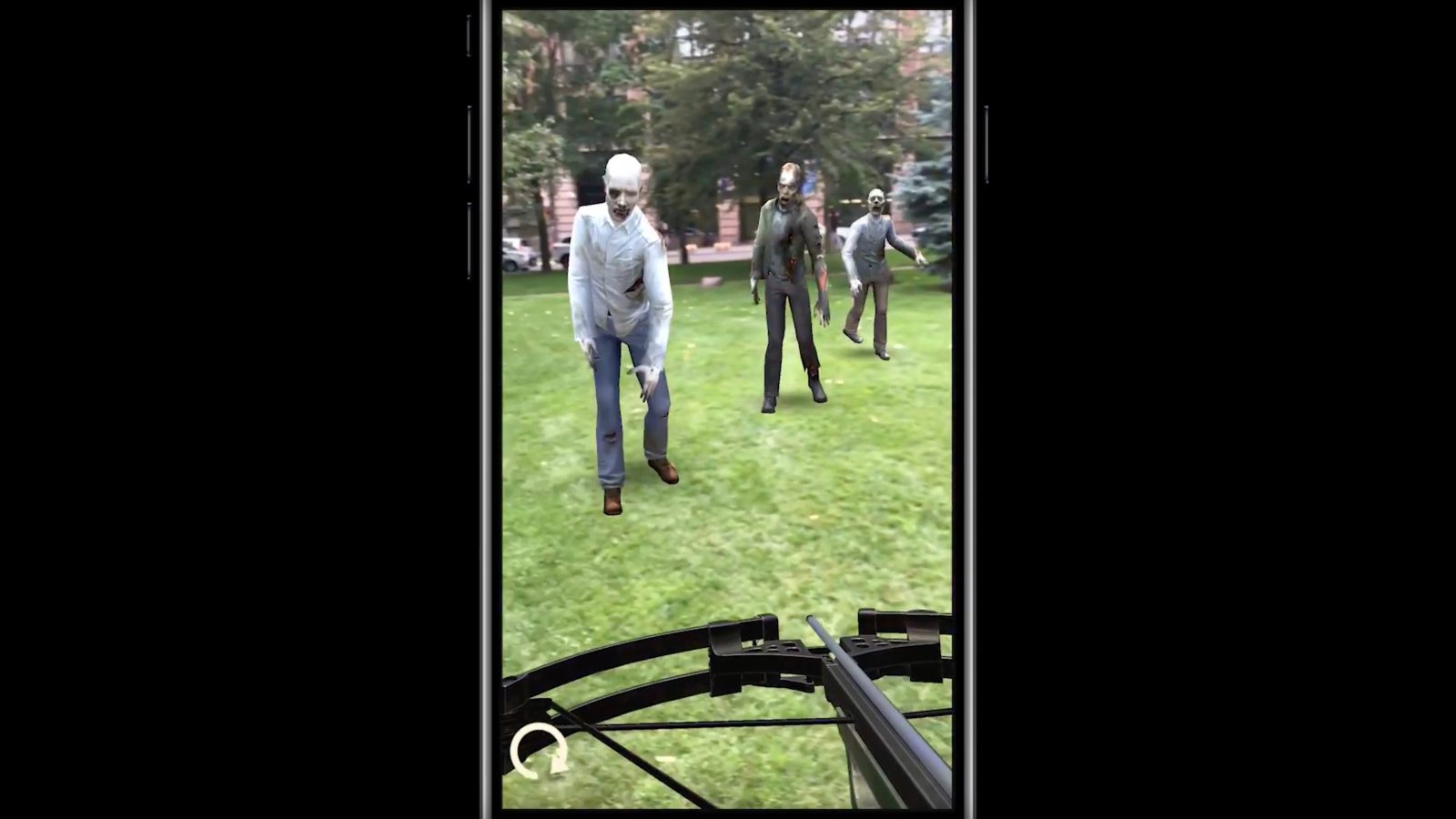 As we approach the public release of iOS 11 next month, a handful of reports today highlight the first applications that will take advantage of Apple’s new ARKit platform. The reports offer a detailed look at the first ARKit applications, including ones from Ikea, Food Network, and more.

The Ikea app, as Apple teased at WWDC earlier this summer, allows users to place life-size replicas of sofas and chairs directly into their home in order to see how they fit. TechCrunch says over 2,000 pieces of furniture will be supported at launch, explaining that the AR figures are “fully re-worked 3D models from Ikea’s 3D scans used for its catalogs.” This means that the colors and textures are incredibly accurate.

The app is relatively simple in that you simply navigate through the in-app catalog, find your desired furniture, and place it in the room. You can rotate the furniture and have it face any direction you want.

Check out a demo video with the Ikea ARKit app below:

In its breakdown, CNBC describes Food Network’s ARKit app as one that allows you to create custom digital desserts, then receive the recipe for making them in real life. TechCrunch notes, however, that the Food Network In The Kitchen app is more of a ‘fun’ approach to augmented reality rather than a useful one.

Watch the full video of the Food Network app below:

ARKit will also have a huge effect on mobile gaming. Climax Studios, for instance, is showing off a new game called Arise that allows you to use your phone as a way of navigating through various pathways and obstacles.

Meanwhile, AMC is touting its “The Walking Dead: Our World” app based on ARKit. As you would expect, this one allows you to walk through the streets and fight off augmented reality zombies.

There are also a couple of cool content applications. For instance, the popular children’s book “The Very Hungry Caterpillar” has been translated into its own ARKit application. This shows the huge potential for the technology in terms of children’s entertainment and education, with TechCrunch calling it their “favorite demo” because of its interactivity.

Giphy also has an ARKit app called Giphy World that lets users place gifs in 3D space and then share the video to other social networks.

These are just some of the first ARKit applications. We’ve already seen a slew of amazing implementations from other developers, such as a tape measure, tours, and other games.

ARKit is Apple’s way of incorporating augmented reality into the iPhone and is built-in to iOS 11. Tim Cook has spoken very fondly of augmented reality in the past and it seems as if ARKit will be an impressive foray into the tech for Apple. Which of these demos is your favorite? Let us know down in the comments.